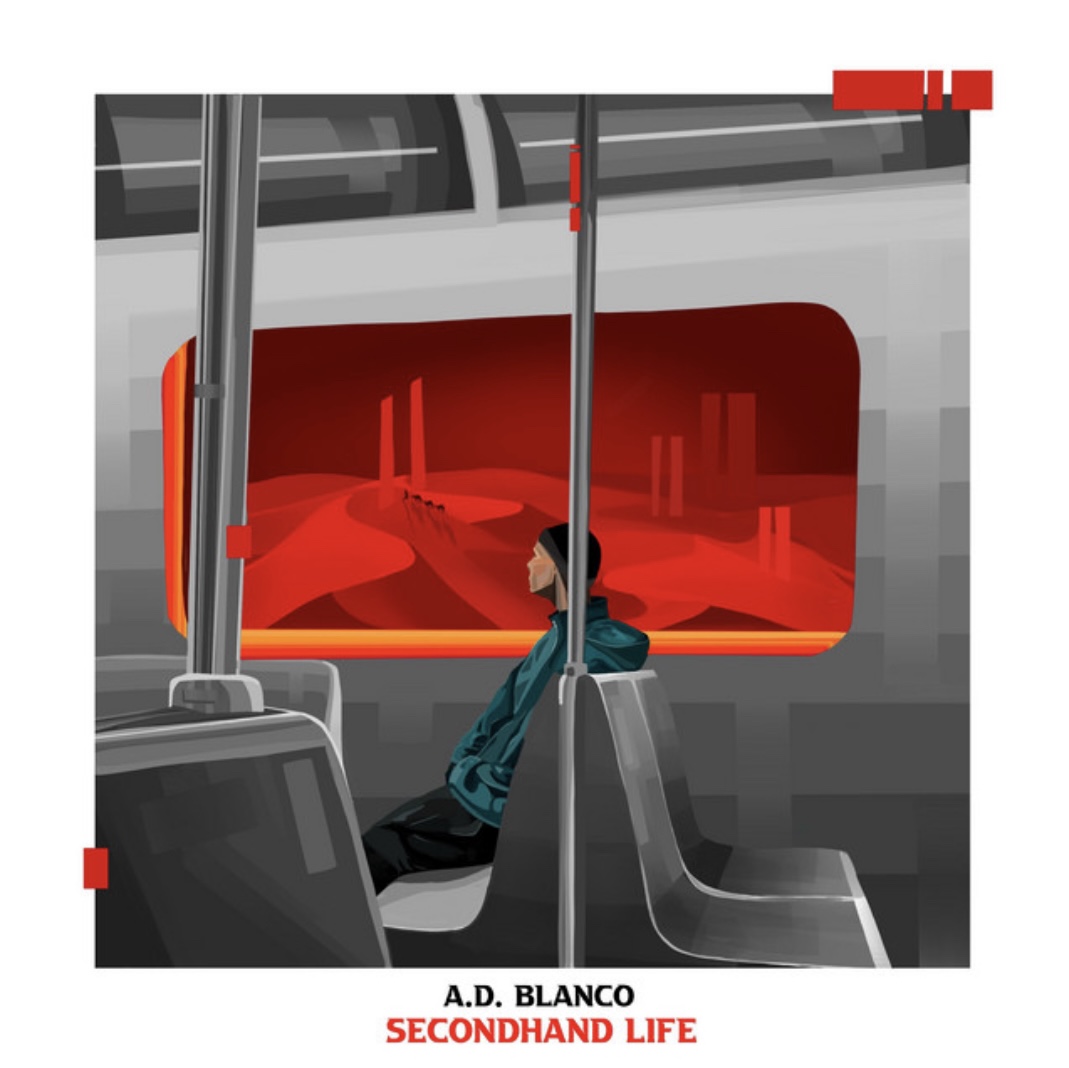 One mistake that a lot of musicians make is finding one song formula that works well and then using that to write the rest of their songs. While this process can work for churning out a lot of good songs in a short period of time, it often can make albums boring when all of the tracks start to run together. A lot of bands that are starting out can fall into this trap, but college rock band A.D. Blanco is proving that they’re trying to keep away from this bad habit with their new EP, Secondhand Life.

First and foremost, if this album shows anything about A.D. Blanco, it’s their growth in recording and producing their music. Compared to their debut album, Time Never Wasted, Secondhand Life feels more put together. You can tell that they spent a lot of time polishing each song and that they’re not in any rush when trying to get songs out. A kind of ‘quality over quantity,’ if you will. If you’ve ever been fortunate enough to see A.D. Blanco live, you know that the energy of their performances isn’t something that easily translates into a recording. Despite this challenge, they’ve done a great job in harnessing that high-energy aspect of their musicianship in this release.

There are a lot of stylistic similarities between this EP and their earlier releases, especially with the first track, “Where Are You Now?” which is a song you’d expect to hear after listening through their first album. But, as you listen through the entire EP (and especially the hidden acoustic track at the end!), there are a few unfamiliar nuances throughout each track. Simply put, A.D. Blanco’s sound is noisy, distorted and everything that you’d want in an alternative hard-rock album, but there’s a sense of control in Secondhand Life that wasn’t prioritized in the first album. The third track, “Codes” really shows this, when they switch between choppy, layered guitar riffs in their intro and pre-chorus into calmer, more vocal-focused verses. The transitions between these sections are unexpected and clever, making the contrasts between the hushed sections and the loud, driven sections even stronger.

The band also focuses on giving this EP a lot of range while still maintaining their distinct sound. The second track, “Backburner,” has a totally different mood from the rest of their mature, darker-feeling songs. It feels like the band just let loose and had fun when writing this track, especially with lyrics like, “Don’t you see me / Runnin’ round the city / like a child?” and “We all look across the bends, places to run to / We all look across the bends, places to hide away.” If you skip through this song, there really aren’t many places throughout it that sound similar to each other, but the song still feels very cohesive even with so many “movements.”

The standout track of this EP is definitely the final track, “Anticyclone.” I was surprised when listening to this song for the first time to hear the male-female duet since most, if not all, of the band’s vocals are done by frontman Bennet Evans. Evans’s rough, textured vocals have always been a standout in the band’s music, but there are times when it feels like Evans is more of a supporting vocalist, which was interesting to see even if it was just for a couple of verses. Although this song is on the softer, indie-er side of their discography, it still has a driving, garage rock sound, mainly thanks to the amazing drum work by Aaron White. Overall, I wouldn’t be surprised if I learned that the band struggled when writing this track because it is vastly different from the first three tracks on the album. However, there are times where this track is so fun and playful while still being rhythmically complex that I also wouldn’t be surprised if they cranked this one out in a matter of hours.

It’s a known fact that A.D. Blanco is a band to keep tabs on in the Athens music scene, and this EP is no exception. Their shift to include different sounds, instruments, and structuring in their releases is subtle, but apparent to regular listeners. The added advantage of better production of this EP really lets smaller details shine through and allows room for experimenting when shaping the things they already excel at. It would be interesting to see them re-record some of their older tracks with this new experience, but I get the feeling that they’re not a band to look to the past. This EP is a promising milestone for the young, upcoming band and I’m excited to see what other new challenges they take on in the future.