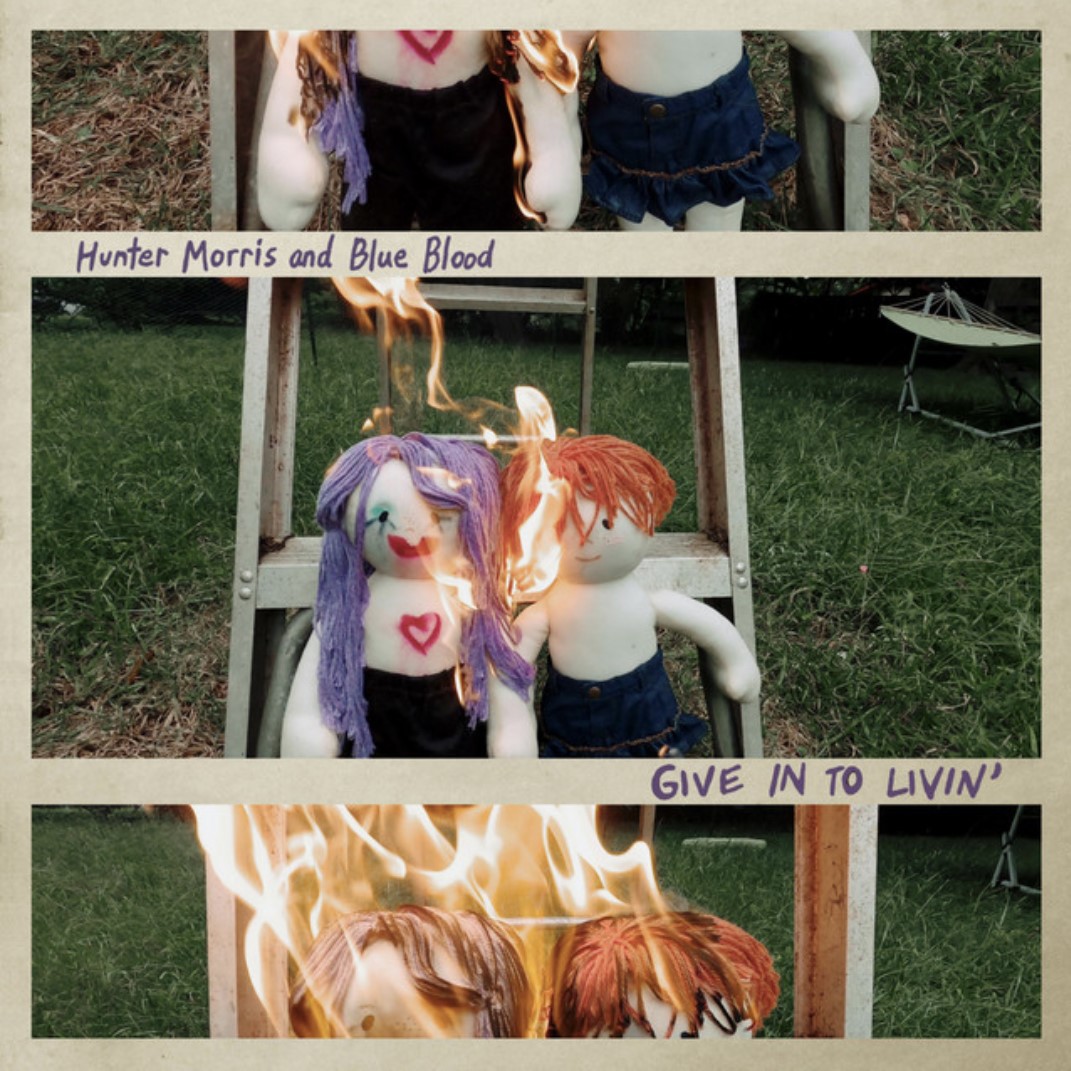 An Interview with Hunter Morris & The Blue Blood

Give In to Livin’ is the newest album from Athens-based alternative-pop group, Hunter Morris & Blue Blood. The album centers around personal reflections of the past, but it also looks towards the future and taking the time to enjoy each moment as it comes.

Hunter Morris, who writes for and fronts Blue Blood, has been living in Athens since 2008 and has been making music for over a decade. He said that the unique music scene is what attracted him to the city, even though he works out of Blue Ridge, Georgia which is more than two hours away. Morris said that music has always been a large part of his life, but he didn’t start playing in or performing in bands until he was older. His first band, Gift Horse, was more of a grungy shoegaze project, but the more recent albums of Blue Blood show him moving in a direction that is more melody-focused, similar to artists like Elliot Smith.

Morris describes Give In to Livin’ as an alternative, folk-pop album. His previous albums tended to be more “slick” and “precise,” with lots of overdubs and multi-tracking. Give In to Livin’ is more straightforward and simple compared to these past albums, with each of the songs being recorded in studio with a live band and finished by the third take. Morris said that this shift happened naturally, but will be even more present in his next album.

Give In to Livin’ is a very personal album to Morris. He said that many of the songs are either about or inspired by his own experiences in “love lost, love that never was, and love that could’ve been”. He talks about looking back on what he could’ve done differently in his relationships and the regret that comes with it. The lyrics in the first track, “Give Me Back the Days” talk about all the time Morris wants back to do life better, but by the final title track, he realizes that “all you can do is do your best” and appreciates the experiences that have led him to where he is today.

While the entire album orbits around a central theme, Morris said it was unintentional, and is unlike his earlier works, which were “all over the place.” His next album, which was written in the North Georgia mountains during the height of the pandemic, will be even more conceptual and shows a progression in his writing towards stronger themes and subject matter.