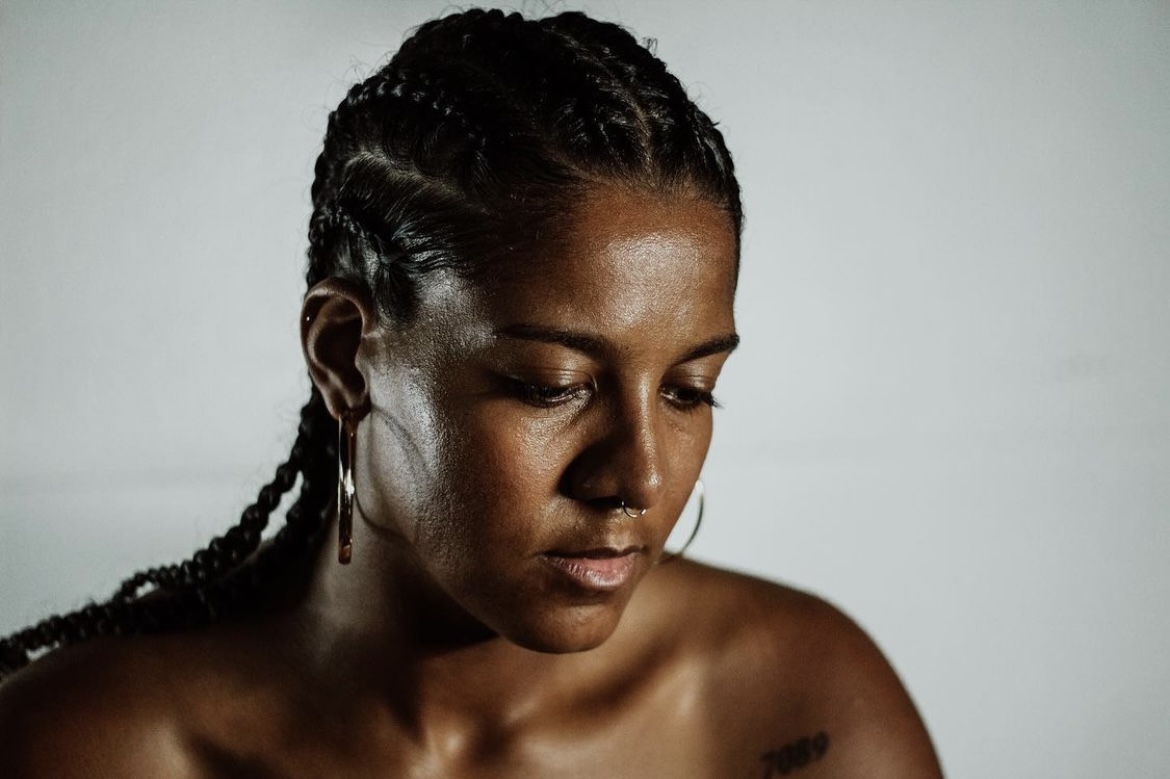 Authenticity, vulnerability, and a raw and real personal experience. Convict Julie, the musical moniker of Athens R&B artist Camilla Sims, explores all of these in her debut album, “Exquisite Pain,” that is accompanied by a visual album released on YouTube.

Sims has spent the last two years writing music stemming from her own struggles with mental health amidst her activism in the Athens community.

“Exquisite Pain” deals with themes such as coping with the loss of oneself, being in danger, and the act being swept into the role of a public figure with almost no warning.

Sims describes herself  as a “fiercely private person” and that “this is the first time where I really just made something I wanted to sound like me, and I just wanted to capture my own experience.”

“Each song speaks to like, a different part of the coping process like grieving, fighting your demons, being alone and isolated, and dependence on vices to get through things,” she said

Sims said that the song “Surrender” focuses on the literal act of surrendering to herself and to love, while “Convict” dives into the strife of how she is perceived by herself and others. She highlights the irony of this song as her stage name is not derived from crime, but from the name of a tropical fish, saying, “I’m a little fish in a big pond.”

After only having one day to shoot the videos, she was able to use determination and a collaborative effort to create an elaborate audiovisual experience. “I’m a completely independent artist. I didn’t have an investor behind me. I didn’t have a label behind me, but I had a group of people who really believed in what I was doing, and we made something with no money and no time. We made something really impactful,” Sims said.

The 2020 University of Georgia Graduate progresses in a music scene that can often be overtaken by college rock, providing her with a “unique and empowering experience,” she said. “If I wanted to be in a rock band, I know I can call upon plenty of peers in this music scene, because rock is so prevalent, but being in a scene where R&B doesn’t have a home, it was like an opportunity for me to have a blank canvas.”

Sims goes on to say that she is “very fortunate to be supported by the larger Athens community, especially as a black woman, especially as an R&B artist, especially in a town where I technically shouldn’t be having success. I’m finding a lot of success.”

Despite recent buzz about the musician, Convict Julie is not a new name in the Athens music scene. She released an EP in 2019 titled “Let’s Swim,” has performed at venues across town, and has been featured on the cover of Flagpole Magazine — twice.

R&B and hip-hop are not Sims’ only musical ventures, however. In March 2021, she released a punk song titled “Drive Bys On Tractors,” tackling topics such as racial justice and politics.

Sims admittedly said she does not know if she sees herself making more punk music in the future.

“I think that kind of music is not only hard on my voice, but it’s not as sustainable. I don’t want to be known for my anger. I want to be known for my array of emotions, my dynamic aspects of being an artist,” Sims said. “Anger is not anything to be ashamed of, or shy away from, and honestly it’s great when we can express our anger creatively in a way that resonates with people, but I know for me, I’m not trying to be angry 24/7.”

Although this may not be the exact future of her music career, she said, “I know if I close the door to punk now, the door won’t be closed forever.”

As far as what is next for Convict Julie, she plans to continue making music and wants visual albums to be her standard. “In a world where there’s so much oversaturation in the music industry, you have to find a way to connect with people, keep their attention, and build community in music,” Sims said.

She hopes to see others express themselves vulnerably. “It’s not easy to just put yourself out there for the world to either love you, hate you, judge you, accept you, or reject you,” said Sims. Hopefully this album inspires other people to do something similar.”