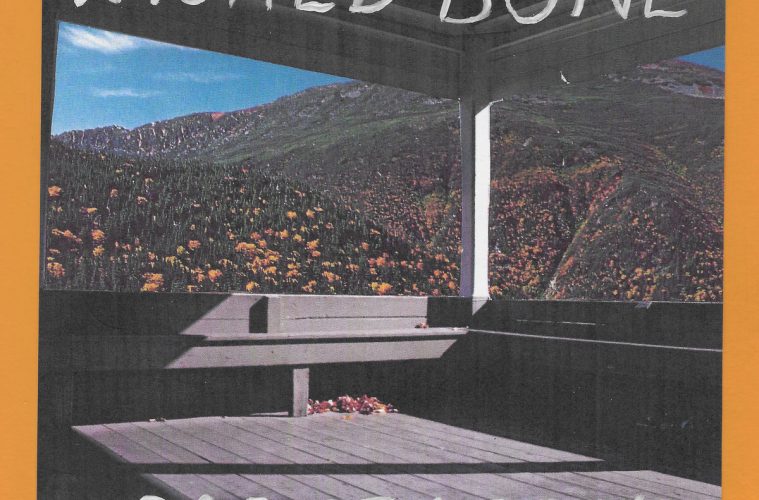 Hailing from Athens, Ohio, best known around WUOG as the Athens that sometimes appears on our Snapchat filters by accident, wished bone is led by Ohio native Ashley Rhodus. Rhodus is credited with writing all the songs on this 35-minute sophomore album, and the single-songwriter method used here results in a deeply personal and lyrically heavy album. I kind of laughed out loud describing this album as “lyrically heavy”, because it does include lyrics like “Who put the butter in the fridge? You know that I don’t like it cold” alongside more thought-provoking lyrics like “If you told me that I’d meet you, in every lifetime I’d believe you”.

“Dodger Dreamfield”, sharing its name with the L.A. Dodgers community outreach program that builds baseball fields in underdeveloped neighborhoods in California, is a slow jam featuring Rhodus’ aethereal vocals, a simple drumbeat, and a repetitive guitar line. In this song, a wispy and altruistic picture is painted of love, one similarly true of the LA Dodgers, who show with their philanthropy that “There are more than one thousand ways to spend a couple grand”. Like the rest of the album, the lyrics carry the rest of the work, with lyrics simple enough to create themes relatable enough for any audience to translate to their own lives.

“Trees We Couldn’t Tell the Size Of” opens with the wrenching line “Talking to myself feels a lot like talking to you”. Maybe out of context, it’s not too sad, but seven songs into the album, you feel yourself getting closer to just sobbing. This song is all about the nature of time, portrayed again with that same instrumentation as “Dodger Dreamfield” with some really simplistic horns repeating over “Am I the kind of girl you marry?”. Rhodus feels that time is slipping away, with the lines “The tide waits for no man and time doesn’t care for plans”. The song title itself might very well refer to the age rings inside a tree that can’t be easily calculated without ending its life.

In all, Sap Season is a fantastic and delicious little piece of sad sap in itself. I really did enjoy this album, with all of its odd little lyrics, which on further pondering made me wonder if there was something more than I thought. This is more than the little sad indie girl album that people like to oversimplify female artists into, this album has character, heart, and unique and dynamic personal thoughts worth examining.