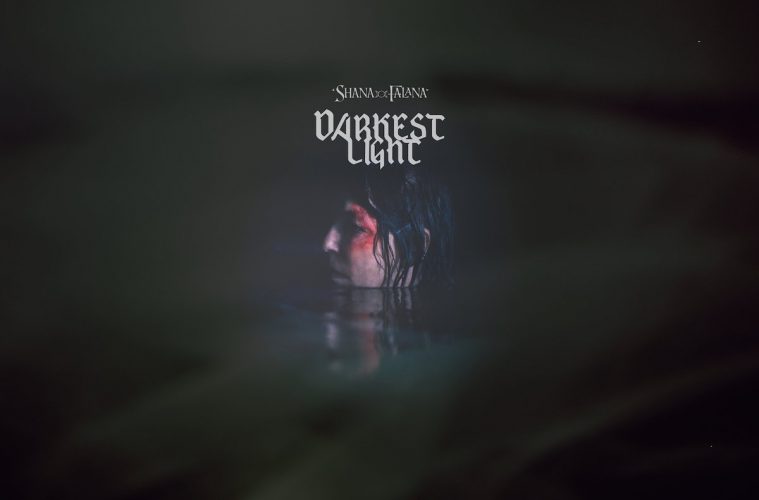 In Shana Falana’s debut record Darkest Light, she demonstrates that she is embracing the later years of her career and featuring her ability to use her expertise gained through her time as a musician and create an album that is full of mystery, contrast, and paradox. With every track, Falana continues to mold her own special corner in the psych-rock, shoegaze, and ethereal punk scene and proves to be a prolific member of the community and how it shapes dream pop as we know it. She manifests a weird, magical, and occasionally nasty energy, then juxtaposes and extinguishes it by introducing authentic messages of personal empowerment, rebirth, and redemption. Falana states that she “worked on the fringe of the sex industry in New York City for two years. I know that even in the darkest lives, everyone still has their light. People still shine. Darkest Light is an album of mantras” – she lived and breathed it and has now poured every moment of that into a track list that screams of fragile beauty.

Most songs feature heavy and harrowing layers of industrial, sometimes “neo-pop/neo-punk”-esque, sound that compliment and uphold the melodic and exotic qualities of Falana’s floating vocals. Moments of pure anthemic bliss pop are woven into said tracks. As for the recommended tracks, “Go Higher” embodies that same sort of bliss pop and dream pop tones while she then shifts into some heavier sludge rock in “Darkest Light”. These heavier and more involved songs are broken up by moments in tracks and whole songs that feature elegant, minimalist beauty like “Come and Find Me” and “Stripped”. Darkest Light is described by Falana as “druggy music by sober people,” and this description holds true for the entire record.
Recommend this album for anyone who enjoys shoegaze, post-punk and synth-pop or listens to PJ Harvey, Warpaint, Tamaryn for the similarities in music styles with dream pop and psych rock vibes.