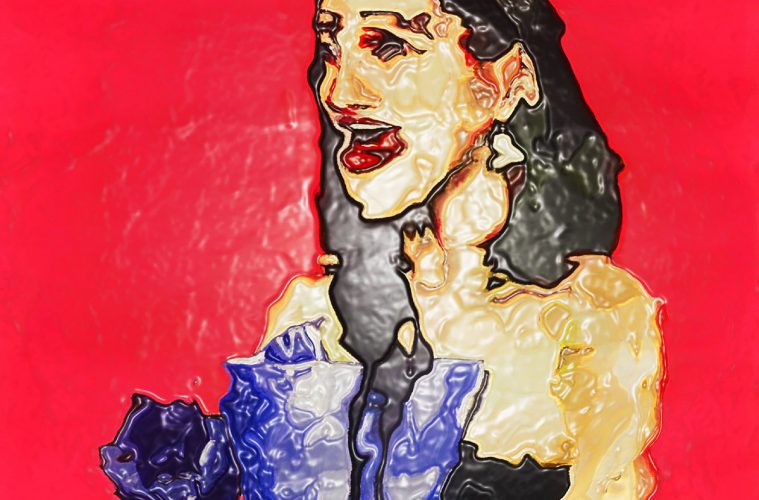 Teen indie dream girl, Hana Vu, released her second EP Nicole Kidman/Anne Hathaway at a much needed time. In this chilly October weather there is no better way to warm up than to wrap oneself in the blanket of this distorted bedroom pop record. This self-produced project induces both goose bumps and nostalgia.

Apart from the effortlessly interesting title of the 10-track record, each song is just as stimulating. With mellow and monotonous vocals and heavy use of synths and dance-yy percussion, “At the Party”, is layered with ambiguity. Much like at any indie concert, I don’t know if I should dance or simply bop my head to the rhythm of the claps. This is the kind of song where one looks out the passenger seat’s window with contempt as they drive and pretend to be in an indie movie of their own creation.

The standout track on this EP from my windows purview is indefinitely “Reflection”. Vu, an Asian-American 19-year-old who’s been releasing hazy and distinct content since her preteens, must have, like all of us, been inspired by Disney princess movies. “Reflection” is pretty much a heavily distorted and disoriented cover of “Reflection” from the Mulan (1998) soundtrack performed by Lea Salonga in the cartoon classic. Vu’s rendition is novel in approach, while still bringing my senses back to gradeschool and gives me the satisfaction of freshness and modulation.

Other highly praised songs of this EP include “Actress” and “Outside”. Both tracks are dreamy, noisy and thoughtful in synth movement. With “Outside” being the more-so traditional indie type of track with more percussion and drum elements, it’s another of my favorites from Vu.

Though Hana Vu is a relatively “young” artist, she doesn’t necessarily take pride in the label and her discography speaks otherwise. With collaborations with Willow Smith on a 2016 track called “Queen of Highschool” to producing with artists from Modest Mouse, Vu is simply beyond her years as a creator. While youth speaks into her music and production, youth is not a novelty that makes her an outstanding artist. Nicole Kidman/Anne Hathaway is just another piece in the collection that adds to this fact.