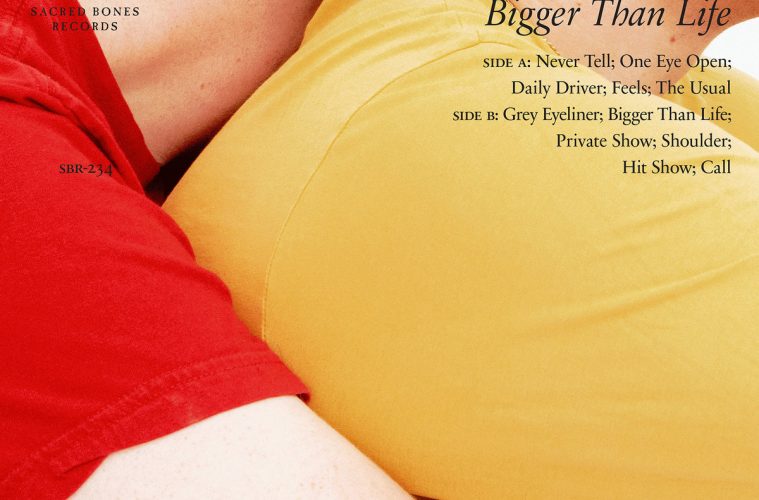 With Bigger Than Life, Black Marble has come through with a true ode to synth-pop. The sound hearkens back to hallmarks of the genre such as New Order, but still introduces several fresh elements, the most prominent being the vocals. Chris Stewart’s vocals are a mildly detached baritone washed in reverb; a style much more associated with dream-pop and shoegaze than synth-pop. He may sound just as at home above fuzzy guitars as he does over synth loops. The vocals form a healthy contrast with the punchy, arpeggiated electronics and insistent drums that carry the instrumentals. This contrast is what drives intrigue throughout the album. The vocal/instrumental interplay on Bigger Than Life is fantastic. Whether it’s over the bubbly sounds of “Never Tell,” or the urgent frenzy of “One Eye Open,” or the serene gliding of “Call,” Chris Stewart manages to still sound comfortable and beautiful. The album contains the two instrumental tracks “The Usual” and “Hit Show.” The former is a playful and cozy track that could fit perfectly on Mother Earth’s Plantasia; while, the later is only a little too happy to be able to find its way onto the next Blade Runner soundtrack. Two of the album’s biggest highlights are the single “Feels” and the track “Grey Eyeliner.” On “Feels,” Chris Stewart laments the loss of his old radio show, which despite not being large, made him feel as though he had a voice, something that many kids in WUOG may be able to relate to one day. On “Grey Eyeliner,” a persistent bass line and banging percussion create a perfect example of the vocal/instrumental contrast that Bigger Than Life balances so well. Black Marble’s mix of infectious, classic instrumentals and soothing yet somber vocals make Bigger Than Life an absolute must listen for anyone who considers themselves a fan of synth-pop.