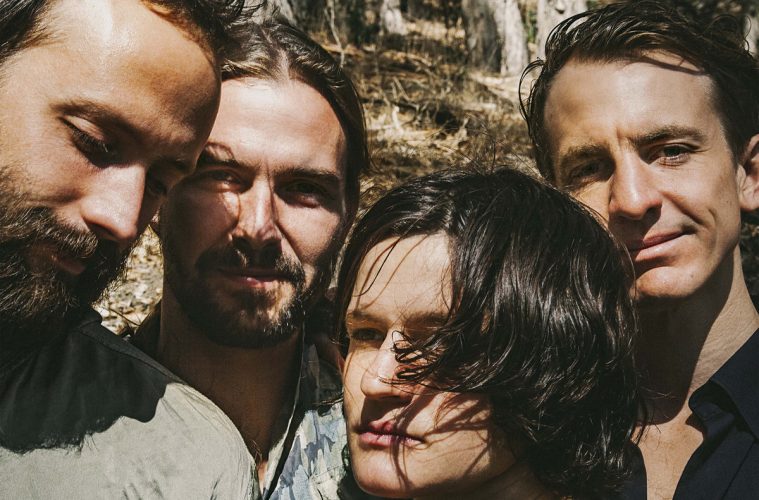 On their second album of the year, indie folk band Big Thief brings all that there is to love about them to the table. Where their previous album, U.F.O.F., was otherworldly and celestial, Two Hands is earthly and visceral, with countless references to the human body and the pain and love that we share. The relatively simple instrumentation throughout the album brings out the raw intensity of lead singer Adrienne Lenker’s vocal performance, ranging from soft and enchanting to a raw scream.

The project opens with “Rock and Sing,” simple and comforting. Lenker encourages listeners to join her in her pain, singing “cry with me, cry with me.” The concept of nakedness gets to the vulnerability she exhibits throughout the album, like in “Those Girls” which brings to mind an intimate conversation between lovers in the night with soft, breathy vocals and a dark, brooding melody. On “Shoulders,” the climax of the album, Lenker’s voice cracks with the pain of her memories. She sings, “the blood of the man/who killed my mother with his hands/it’s in me, it’s in me, it’s in my veins.” However, countering the raw pain of the chorus is the reminder that it is our connection with others that provides comfort and shows us that it’s ok to let go of our guilt.

“Not” includes more of Lenker’s poetic songwriting, with her body metaphors that appear on almost every song: “Not the meat of your thigh/Nor your spine tattoo/Nor your shimmery eye,” and the song builds in intensity until it ends in a powerful, noisey guitar solo. After this powerful moment comes “Wolf,” with hypnotic, finger-picked acoustic guitar and Lenker’s voice soft and gentle, almost like a lullaby, ending in mimicry of a wolf’s howl. She reminds us that humans are animals too, singing “When she holds me in her jaw/All my blood dripping.”

The instrumentals on Two Hands, although more stripped back than U.F.O.F., are still hypnotizing. The album almost sounds live, with the impression that it could have been recorded in one take. Metallic percussion on the title track brings to mind cicadas in the night, and paired with rich vocal harmonies and expansive guitar arpeggios similar to those on their previous album, the song wraps listeners in warmth and comfort as Lenker’s vocals, almost a sob, tell the story of a relationship breaking down. Her vivid lyrics only add to the atmosphere, singing, “The air and the jagged bite/Cold air, the wisdom of the night/Between us.” “Replaced,” albeit less personal than the other tracks, sounds like it could have been recorded around a campfire, with references to the landscape of the West and backing vocals by guitarist Buck Meek.

Although U.F.O.F. and Two Hands could be seen as companion pieces, like U.F.O.F., Two Hands is more than capable of standing on its own. Two Hands is Big Thief at their peak: in an age when human connection is at an all-time low, they break free and release pure emotion, showcasing the beauty in imperfection.