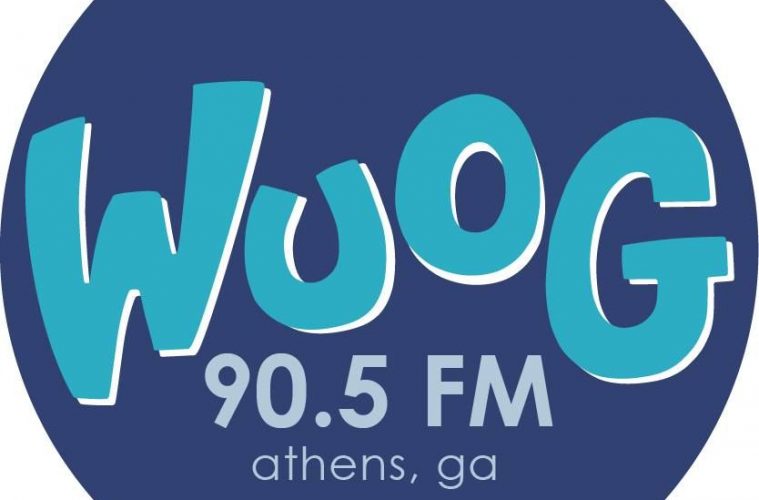 With the semester fully back in swing and year-end lists just a few short months away, we at WUOG decided to ask our music staffers for a few of their favorite albums of 2019 (so far) they felt deserved more attention. Ranging from hyperpop to screamo to singer-songwriter fare, here are a few albums we’ve loved this year that haven’t gotten the hype we feel they deserve!

Okey Dokey – Tell All Your Friend

Tell All Your Friend is a sort of Harlem Globetrotters of a sophomore album; it takes the best elements of bedroom pop, psychedelic soul, and chillwave and puts together a seven-foot-tall team that never fakes the funk on a nasty dunk. This album is characterized by unexpected chord progressions and layered lyrics on tracks like “Modern Chemistry” (featuring the exquisite vocals of Liz Cooper of Liz Cooper & the Stampede), “Threw My Love Away”, “One by One”, and “Cut Me Off”. The album is incredibly dynamic, on listening through it you can follow a thread of emotions portrayed by thematic instrumentation ranging from overdrive-heavy guitars and synths, starting playful with “S’gonna”, peaking in emotion around “Modern Chemistry”, and returning to that same playful optimism with the final (and title) track, “Tell All Your Friend”. The album speaks to love, with all its envy, cruelty, and purity. I spent a month listening to this album and it never got old. Its energy and depth left more and more to find for a long while, like a musical Everlasting Gobstopper Willy Wonka couldn’t pull me away from.

I was in middle school right when the “scene kid” style was at the height of its popularity. Despite my pleading and my schemes to buy neon blue hair dye, my mom never let me crimp, zebra-stripe dye, and tease my hair. I lived vicariously through the glitchy, quirky, and twinkly music of the time, pretending to be a MySpace kid even though I had a Facebook, and ever so slightly letting my hair cover my eyes. I thought all of that longing was over until I listened to 100 gecs’ debut album 1000 gecs. There is something about this release that captures the feeling of being young and, dare I say, *edgy* in a time where being fully decked out in clashing colors and patterns was the image of youth in rebellion. It’s unashamed in its presentation of past fads while blending in modern quality and sentiments. 1000 gecs has it’s equal share of bass-blasting, distorted bangers and sugar-sweet ballads (see “ringtone”) and is heavy on the early 2000s love tropes throughout (see the stylized “xXXi_wud_nvrstøp_ÜXXx”). It’s cheesy and preserves the raw energy of early 2000s vocal trance to the point where it almost sounds like 100 gecs has shorted their time machine, bouncing between “cracking open a cold one,” “I’ve got a little crush on you,” all while a stream of piercing synth and 8-bit nostalgia blips invade your brain. It either makes you feel warm on the inside or cringe at the thought of all the tacky tropes, but even then it doesn’t alienate you from the present. It’s a refurbished time capsule for everyone and a refreshing re-entry for emo/electro pop.

According to State Faults, “let real love reign free” was the creative mantra all throughout the process of writing and recording Clairvoyant, but you might not guess it upon first listen. Clairvoyant is a vicious and chaotic journey through a hellish, labyrinthian underworld, full of ferocious drumming, uneven time signatures, and guitarist/vocalist Jonny Calvert-Andrew’s uniquely desperate shrieks. It’s also packed with moments of genuine beauty: when the blackgaze-inspired first half of opener “Dreamcatcher, Pt. II” fades away and is replaced with swirling guitars and cymbals drifting over ambient synth and hazy spoken word, or the slow buildup introducing “Olive Tree”. Moments like these starkly contrast but also go hand in hand with the abrasive nature of the rest of the album: 55-second lead single “Moon Sign Gemini” is a pummeling, relentless slice of hardcore, and the immediately following “Sacrament” is similarly brutal.

The band’s ability to not just balance, but blend these opposing dynamics is just one part of what makes Clairvoyant so special. It’s a screamo record, to be sure, but there’s some sort of melody in every track, be it the guitar in the aforementioned “Olive Tree” or the “I don’t know where my spirit goes” refrain of “Sleeplessness”. Neither side could achieve the greatness on display here without the other: the heavy moments are more impactful, and moments of clarity absolutely hypnotizing. The dynamic range is remarkable – the band tackles a plethora of genres, often in a single song, and nail it every time. Every member’s performance is fantastic as well. This is their first record as a three-piece (and first full-length since 2013’s Resonate/Desperate), but they sound absolutely massive. Each riff is meticulously composed – there’s not a misplaced note on this album, and drummer Jared Wallace gives one of the best performances the genre has seen in years, maybe ever.

So where does the “let real love reign free” slogan come into play? Well, for one thing, it’s the closing lyric of “Baptism”. State Faults describe themselves as “spiritual hardcore”, and the lyrics (although maybe indecipherable without repeated listens) reflect this: “If love is an abomination, I’m an inverted cross” comes from “Baptism” as well. The title track is a call for radical change, for “no suffering, no remorse, no excuses”. The opener describes a spiritual death and rebirth, and “Contaminature” describes “birdcages lined with bible verses”. Such spiritual imagery lies atop a political undercurrent: “Funeral Teeth” is a condemnation of police brutality and gun violence, and the title track can certainly be interpreted as a political rallying cry: “kill the old ways / let the past stay dead … hold their heads underwater / stop their gnashing of teeth”. A fierce sentiment to be sure, but in as dire a political climate as we find ourselves today, with members of the ruling class actively trying to erase the marginalized members of our society, can you really begrudge that of a punk band?

Clairvoyant feels like a special album. It’s the band’s first LP in six years and is finally starting to earn them some of the recognition they deserve after putting out, for my money, some of the best heavy music this side of Y2K. I love this album, and it’s clear State Faults do as well. Say what you want about music with harsh vocals, you can’t accuse this album of not being put together with an enormous amount of care and love. State Faults leave everything on the table here, and it shows in one of the best records of the year so far. “Let real love reign free” indeed.

At the Atlanta stop of the Cosmic Thrill Seeking Forever tour in support of this album, there was a moment in Prince Daddy & The Hyena’s set where frontman Kory Gregory called out, “alright, we’re gonna play the first 30 seconds of any Green Day song you guys request” and if you’re unfamiliar with the band, that’s as decent an entry point as any other. There isn’t a pop punk band today that doesn’t owe a great debt to Green Day’s snotty, fuck-if-I-care 90s heyday, and Gregory & co. wear their influences proudly: Billie Joe Armstrong, Patrick Stickles, and Jeff Rosenstock are the holy trinity in the Prince Daddy gospel, and on Cosmic Thrill Seekers it’s more evident than ever.

A concept album about a bad acid trip in three parts (while also drawing parallels to The Wizard of Oz), CTS begins with “I Lost My Life”, in the immediate aftermath of a mind-bending (and possibly mind-shattering) experience. On “Life”, Gregory screeches over acoustic guitar and light piano: “I hope I’m coming down tonight”. Thematically, the rest of the album follows this strain, tackling the negative effects this experience had on Gregory’s mental state and wondering if anything will ever feel right again, or if life would be like this forever: depressed, paranoid, and anxious. The ridiculously catchy “Lauren (Track 2)” repeats: “I’m pretty confident that I’ll die the next time I’m alone in my bedroom” and though you may not guess it, the first third of the record (which the band dubbed The Heart) is full of love songs, even if tracks like “Fuckin’ A” address Gregory’s own manic thought process rather than serve as odes to any one person. Act Two (The Brain) acknowledges the anxiety and isolation that come with the “depressive” part of the manic-depressive cycle, before, finally, in Act Three (The Roar) Gregory attempts to shake himself free through a dangerous period of self-destruction (see “Klonopin” and its “someone get fucked up with me in the daytime” refrain). For a pop punk album, it’s incredibly ambitious, tipping its hat to the vast scope of Titus Andronicus’s The Monitor or similarly chaptered rock opera The Most Lamentable Tragedy.

I keep using the descriptor “pop punk”, which comes with some unfair baggage; there’s a lot more to this album than just scrappy power chords. Glockenspiel, horn arrangements, and 8-bit synth all permeate Cosmic Thrill Seekers’ 40 minute runtime. Seriously, CTS  boasts a sonic palette that would make a late-discography Bomb the Music Industry! album blush – “Cosmic Thrill Seeking Forever” utilizes impressive falsetto and sounds like it could soundtrack the latest Broadway hit. “Dream Nails” is like a sea shanty that can’t stick to one time signature, “Breather” is the dance-iest emo song you’ll hear this year, and closer “Wacky Misadventures of the Passenger” is genuinely epic. With a near-six-minute runtime, it’s almost certainly the best song the band have ever put to record, featuring multiple tempo and key changes and bringing the album to a heartbreaking conclusion before looping back around to the first song, reflecting Gregory’s own cyclical thought loops. One of the most ambitious punk albums you’ll hear this year (even this decade, rivaling the very records the band cites as influences), Cosmic Thrill Seekers is certainly worth a listen.

At this point I’m pretty baffled at why Laura Stevenson isn’t a household name in indie.  She’s been consistently putting out fantastic records since 2011’s Sit Resist, ranging from the folk rock of Wheel to the infectious power pop of Cocksure. Now, on her latest, Stevenson strips down to intimate singer-songwriter fare, crafting intimate tales of loss, codependence, and mental illness. Highlight “Dermatillomania” details her experience with the titular illness to the point it’s almost uncomfortable to listen to; “Value Inn” follows suit over cathartic swells of electric guitar, a rare sight on an album almost completely devoid of instrumentation outside of Stevenson herself and a single guitar accompaniment. “Low Slow” builds over its five-minute runtime to an incredible vocal catharsis that could give any member of boygenius a run for her money. It’s a beautifully affecting moment on an album full of beautifully affecting moments: see the “I am honest” harmonies at the end of “Big Deep” or the entire minute-and-a-half of “Hawks” as well. Though maybe not as immediate as her past work, I’d hesitate to call anything but The Big Freeze her best, and one of the biggest growers of 2019. The album took several listens to really click for me, but once it revealed itself it became one of the most rewarding listens I’ve had in a long, long time.