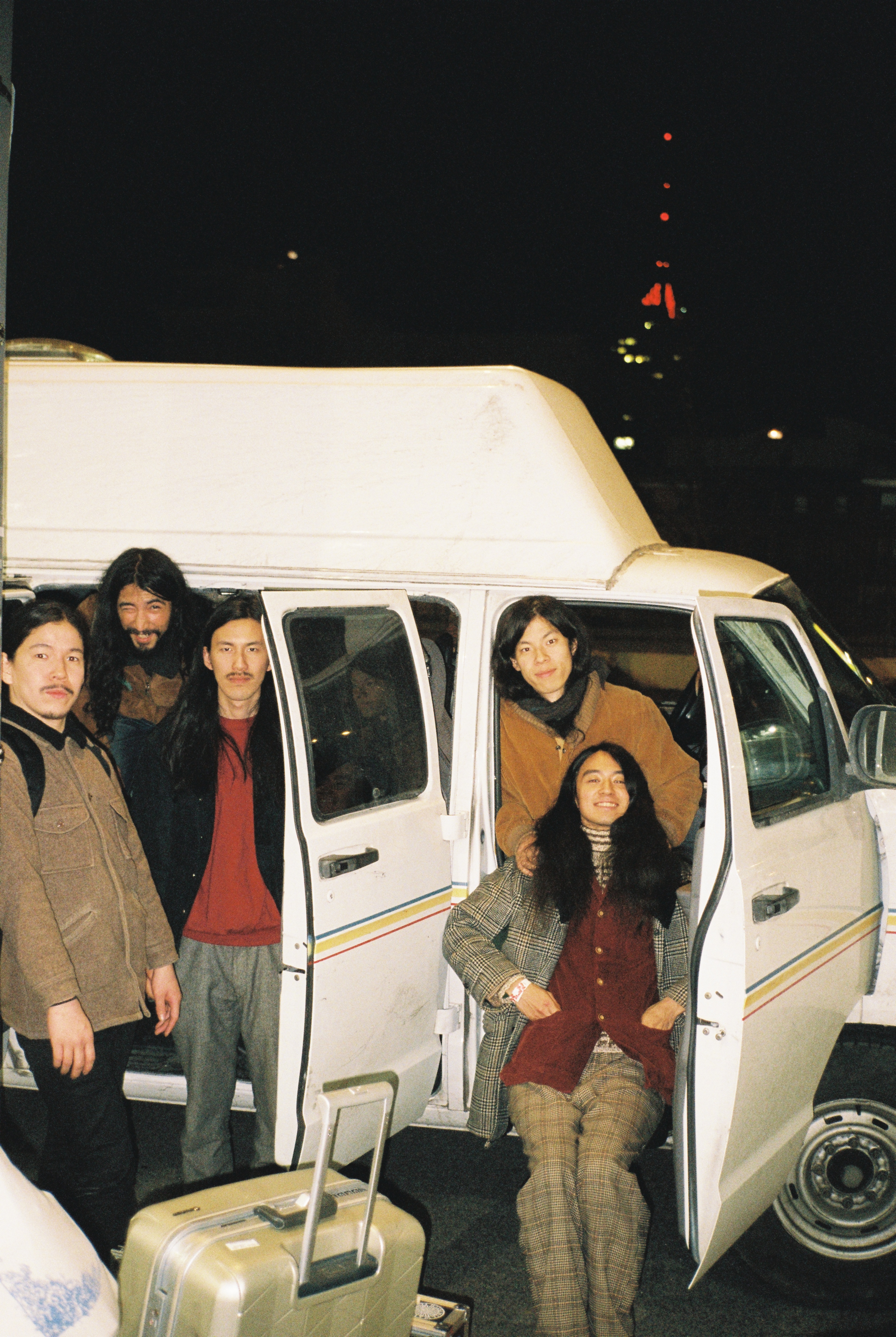 Let me start by saying that it was a treat to even have the opportunity to see Kikagaku Moyo live here in the states.  While they are very active in their home country of Japan, this is only the second time that they have ever had an American tour, and it was definitely worth the wait.

As the tour was in promotion of their new album, Masana Temples, Kikagaku Moyo naturally played songs mostly off that.  However, their delivery in many cases barely resembled the studio versions that most fans, myself included, were familiar with.  For starters, lead singer Tomo Katsurada definitely took a backseat for this performance.  Instead, the band relied on their intense instrumental chemistry to carry the set.  And this is the point where I want to stress that they are not a jam band live; it’s clear that every move they made was with predetermined precision.  The more soft, folk centered side of their sound is however almost nonexistent here, replaced more with additional electric guitars and other folk rock flourishes.  The centerpiece of the concert was the single off their new album, “Dripping Sun,” and it itself seemed to go on forever, but there was never a dull moment.  Whenever a familiar guitar or vocal line emerged, the crowd would instantly go wild and cling to any sense of preexisting familiarity.  Where the band really shined though was the performance of their older materials with the welcome inclusion of an electric sitar.  I’ll be the first to say that I have never really experienced an electric sitar up close and personal, and Ryo Kurosawa really stole the show with it. The inclusion of additional melodic lines and solos in old fan favorite songs such as “Smoke and Mirrors” really added an almost hypnotic element to the show, and these additional sitar parts alone would’ve been worth the price of admission.

Lastly, I want to briefly touch on the disposition of the band themselves.  They had such an incredibly welcoming disposition, and it was clear they were all having a great time and truly had a bond that went beyond the music.  And I think that is an underrated part of a concert experience, and it makes you feel a lot more comfortable and in tune with both the band and the crowd as a whole; like you’re all on the same team.  Overall, I have nothing but nice things to say about the band and their performance, and would definitely recommend that you keep your eyes out for the next time they’re on tour.  Plus the merch was sick.