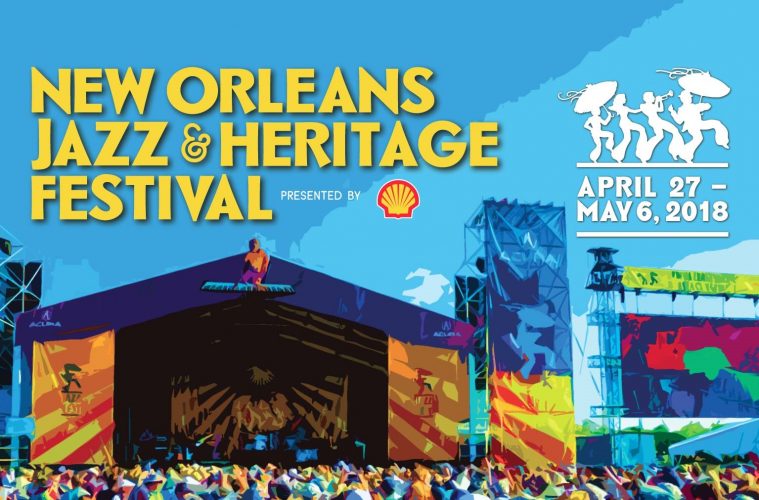 New Orleans Jazz & Heritage Festival returns this week for its second weekend of its 49th year. The festival may have a long history, but this is the first occurrence of WUOG coverage! Here’s several artists that our WUOG media correspondents are most excited to see.

This trio plays rather traditional Cajun music, with no amplifiers. T’Monde is a fiddle, accordion and guitar trio with Drew Simon on accordion, Megan Brown on guitar, and Kelli Jones on fiddle. Simon and Brown hail from Southern Louisiana, Lafayette and Tepetate, which may serve as some sort of familial well of Cajun tradition to tap in to. This band sticks out to me in its adherence to a very traditional Cajun sound. They play waltzes and other dance numbers, often sung in Cajun-French, something which interests me even more. Cajun music has such a unique sound and blend of French, Spanish, German and American music that creates a sound unparalleled by individual influences. Nowadays, much of the popular music coming from Southern Louisiana is a rock-fueled zydeco where the fiddle is replaced with electric guitars.  Yet, still many bands retain a more traditional setup with fiddle and the accordion (even the iconic triangle too!) at its heart. Steve Riley and the various setups he plays with, such as the Racines and the Mamou Playboys, the Pine Boys, and certainly T’Monde all exemplify musicians that are both well-educated in the Cajun music tradition and very skilled at their instruments. T’Monde, too, has strong connections with all of these preciously mentioned groups with members playing in all of them. I very much look forward to starting the final Sunday of Jazz Fest off with a waltz and a Cajun two-step to the tune of T’Monde.

New Orleans born, five-time Grammy winning trumpeter Terrance Blanchard and his new band The E-Collective are a huge anticipation this year at Jazz Fest. The tantalizing team up on the past two albums Breathless (2015) and now Live (2018) have captured jazz audiences with their consequential political overtones. Breathless was made in response to the to the strangulation of Eric Garner by a New York police officer and the “We Can’t Breathe” movement that followed. Live is equally as moving in its setting. The tapes were recorded live in Minneapolis, Cleveland, and Dallas who have all had tragic killings either committed by or committed on law enforcement. The symbolic statements are bold and equal to the sonic spectacle of a veteran artist like Blanchard. These past two releases, his healthy tour schedule, and the youthful E-Collective bring a cutting edge to the ostensibly ‘dead’ genre. I can’t wait to see the valve oil volatize!

Brass bands are an emblem of New Orleans just as much as crawfish broils, shrimp po-boys, and Dixie beer are. These bands are used to celebrate weddings and to mourn at funerals. I have encountered brass bands walking through the French Quarter and at Mardi Gras parades, but never on stage in an environment like this. These types of bands electrify an atmosphere and can even make the dead feel like dancing. The Kinfolk Brass band was founded by brothers Percy and Richard Anderson, both playing music since their middle school days, and their band incorporates jazz, Mardi Gras Indian chants, and more traditional brass band sounds into their group. The group was founded in 2006 and has been showing what brass bands are to the entire world on their various world tours. They have also played hundreds of weddings since their foundation, leading people in celebratory second-line parades around New Orleans. Brass band music happens only in New Orleans; there are few types of music that come close to the sound, and none of these bring the same groove and bounce that New Orleans brass bands radiate. The Kinfolk Brass band is a perfect way to end the two-week celebration that is the Jazz Fest, and I plan on dancing my way out the gate to a second-line parade led by the Kinfolk Brass Band.

Ellis Marsalis is a jazz legend. A father to Wynton Marsalis and Branford Marsalis, a mentor to Terrance Blanchard and Nicholas Peyton, Ellis Marsalis’s influence has been in pocket since the fifties. Ellis Marsalis played with some of the greats including Cannonball Adderley and his brother Nat Adderley but spent the majority of his career fostering new talent at The University of New Orleans. He’s a bigshot around town and still plays clubs, Snug Harbor specifically, even in his seasoned years. He consistently plays at jazz fest and has the top New Orleans talent in his combo. Some of my favorite albums are his Twelve’s it and Ruminations in New York. I’m thrilled to be seeing him live and one can only hope that he brings out another member of the family.

Check out the full lineup here!