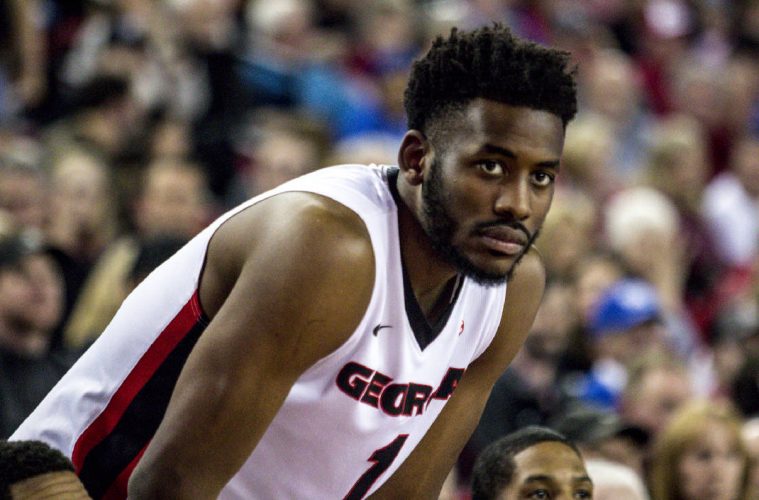 The final score of the game was 61-60 on a night where seniors such as Yante Maten were celebrated for their basketball careers at Georgia. Maten finished the game with 16 points and 12 rebounds while fellow senior Juwan Parker contributed with 8 points, 4 rebounds and 3assists.

Georgia held a four point lead with 2:28 to go, which seemed to be leading to a win on a night that senior players would remember forever.

The turning point in the final stretch came from an unfortunate turnover by freshman Teshaun Hightower when he threw the ball out of bounds with 1:09 to play. This led to the game winning floater hit by Aggies freshman guard T.J. Starks.

“He feels terrible about the turnover late,” Georgia head coach Mark Fox said. “But he really had a good ball game. He got to the rim. He made some 3s. He just made a little bit of a young play.”

Hightower came up with 11 points in the second half which was vital for the Bulldogs to be in a potential winning situation.

Despite the turnover and the game winning floater, this was not the end for the Bulldogs. With 12 seconds left and with the ball, Georgia had the opportunity to make a game winning shot but faltered because of questionable coaching.

With 12 seconds left Georgia had three timeouts remaining but Fox decided not to use them and played on. The Aggies ended up trapping Parker in the corner and forced a heavily contested shot which did not go in.

“We felt we could play from a miss without them setting their defense,” Fox said regarding his decision not to call a timeout.

After the game, Fox told the player that they could abandon their media responsibilities and go home.

“I made that decision, so I apologize to you guys,” Fox told reporters after the game. “They’re obviously very disappointed in the loss.”

The Bulldogs will finish below .500 in regular season play for the first time since the 2011-12 season. An NCAA appearance is pretty much out of the picture.

Although heartbreaking, the Bulldogs have one game remaining on the regular season schedule at Tennessee on Saturday.