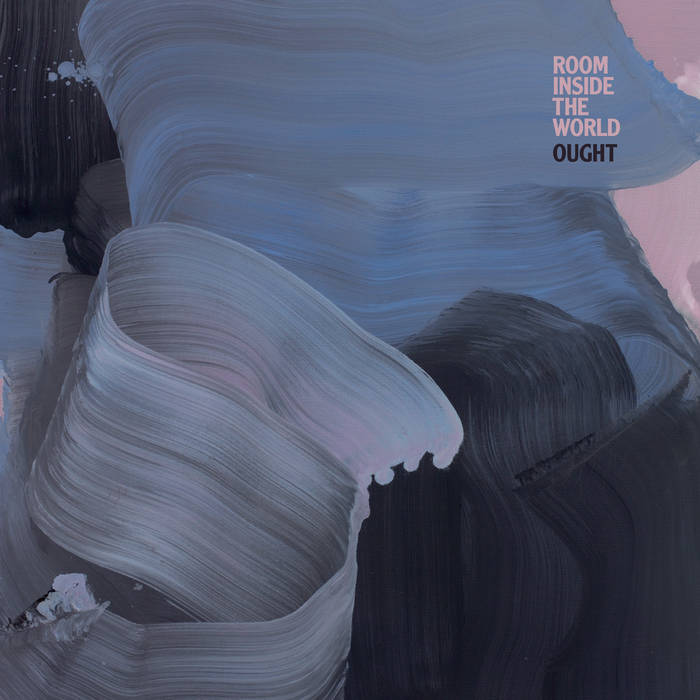 Ought – Room Inside the World Featured Album Review

On Room Inside the World, Ought offer a fresh take on their unique brand of post-punk. From the very beginning, this album caught me off guard; I was not expecting the first instrument I heard on the opener “Into the Sea” to be a piano—it’s uncharacteristic of Ought to even use a piano to begin with. Another one of the immediately noticeable changes is Tim Darcy’s vocal delivery which is so different from past releases that I wasn’t sure if I was listening to the same vocalist at first. Darcy trades the familiar deadpan ramblings of tracks like “Beautiful Blue Sky” from 2015’s Sun Coming Down for his own version of crooning on this latest release. His delivery is even reminiscent of Morrissey at times, like on “These 3 Things.” On the album’s centerpiece, “Desire,” the band demonstrates their versatility by crafting a song that sounds very much like U2, of all bands. They even add in Bono-esque “whooo-AHHHS” near the end of the track, while also featuring a 70 person choir. While it proves to be one of their most accessible songs by far, they do not sacrifice quality. Closing track “Alice” takes on a foreboding tone, with Darcy’s voice eventually fading out with a cavernous wail among waves of feedback. Overall, Room Inside the World shows a carefully crafted and much more polished version of Ought that sacrifices much of the rawness and erratic vocals of previous albums. While their evolution is definitely apparent, the precise drumming and slinky baselines stay very true to the band’s signature sound. The album is an exciting new chapter that should leave fans eager to see what the Montreal band will do next.