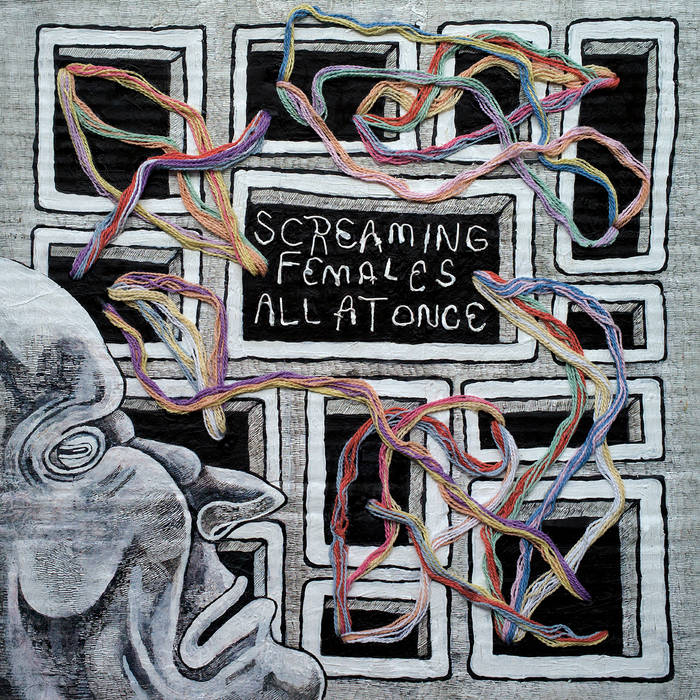 Screaming Females – All At Once Featured Album Review

The New Jersey power trio Screaming Females have risen from their slumber to show that they are a force to be reckoned with in the fields of DIY and punk. After the release of the mature but sleepy Rose Mountain in 2015, All At Once is the refreshing cup of OJ for your ears. The opening “Glass House” showcases the thundering power of Paternoster’s vocals and Mike Abbate’s catchy bass riffs in a song that chants life into a call to tear down the walls. Marissa Paternoster, the only female and the only one who screams in the group, is also responsible for doling out the incredibly sharp guitar riffs that flash their shiny edges in “I’ll Make You Sorry” and “Agnes Martin.” Her powerfully operatic vocals draw similarities of Blondie if Blondie had a tighter grip on her delivery. She batters through the heavier songs with a commanding call but can coax the life out of the LP’s pseudo-ballads “Bird in Space” and “Drop by Drop.”

All At Once curates a series of slinky gothic love songs, tossing around images of degradation, yearning, self medication, and crawling on all fours in pursuit of adoration. “Chamber for Sleep (Part Two)” develops this best with the line “I wanted you to bleed my deep veins dry/I wanted you to grieve as if I died,” and a shout of “nail me to the bed” before a throttling guitar interlude. Part of this album’s remarkably dark tonality can also be explained by Matt Bayles, former producer of Pearl Jam, Soundgarden, and Mastodon, who is working with them for the second time on this LP. Jarrett Dougherty’s punchy drums and Paternoster’s wailing guitars stand out in a way that fights its cheerful major key composition, forming new sonic combinations and adding a ripple to the wave of what I am hesitant to call pop punk. This fusion of doom and DIY yearns for a name of its own that hasn’t quite formed yet.

All punk considered, the album does swing its hardest punches in its first six tracks and slows to a meandering crawl by the time the needle hits “Drop By Drop,” a spinning drunken jam that incorporates a bit of xylophone. The final track, “Step Outside,” isn’t as much of an encore as it is the song before one, and being ready for round two, I found it hard not to restart the album again. This LP throws you right into the action and nurses you on the comedown.