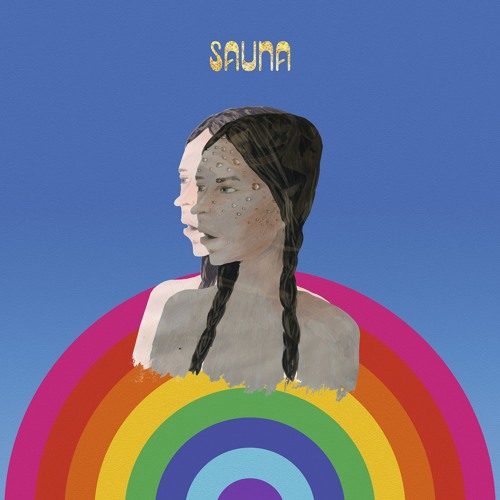 Within seconds of listening to Leyya’s Sauna you know what to expect. The band tells you exactly who they are and hint at some highlights of the album in an interview soundbite on the track, “Sauna.” It describes the experimental, world-influenced pop album as a “really cool vibe.” I’d agree with the interviewer, Jane, that Leyya present a “really cool vibe” on this album, but I’d also argue that the album is more developed, perceptive, and fun than their debut album Spanish Disco Deluxe. The Vienna-based band pairs their experimental/electronic pop style with world influences to make a unique, but accessible sound. On their website, they describe the sound as “chaos vs. routine, woman v. man, art v. pop” which is evident throughout the album. While the album is heavy in electronic beats, it also features instruments such as bass, drums, sitar. The lead singer’s vocals are beautiful; they are soft and dreamy at times, but also exude power. Her vocal capability shines through in slower tracks like “We Did OK” and “In Your Head.” The majority of the album is very playful with danceable rhythms. Certain songs have an older music, doo-wop sort of swing to them, created by the synth tone. It exemplifies Leyya’s idea of chaos v. routine and art v. pop. The star of this album is definitely “Zoo.” Simply stated, its a jam; it will have you bopping your head and singing along. It is also an empowering track with the lyrics, “Don’t believe what they say about me, oh don’t believe a word, don’t give a sh*t what that they talk about me.” While this song is about entering a relationship, the message of not caring about the negative things others say about you is applicable to many life scenarios. Other popular songs off the album include “Drumsolo” and “Heat.” “Drumsolo,” as one might be able to guess from the title, features a strong drumbeat and includes a few fun drum solos between verses. Lyrically, the song deals with a breakup, ending a relationship before it becomes too serious for one person and not the other. Other fun tracks include “Candy,” “Solitude,” and “The Fall.” While lyrically the songs are a little slow, the danceable beat keeps the songs moving. “Solitude” is one of my favorites because it is repetitive and spotlights vocals. Musically, the album is experimental, playful, and easy to listen to while the lyrics are more meaningful and empowering. Overall, the majority of the tracks on this album are enjoyable to a wide array of listeners and will leave them bopping along.