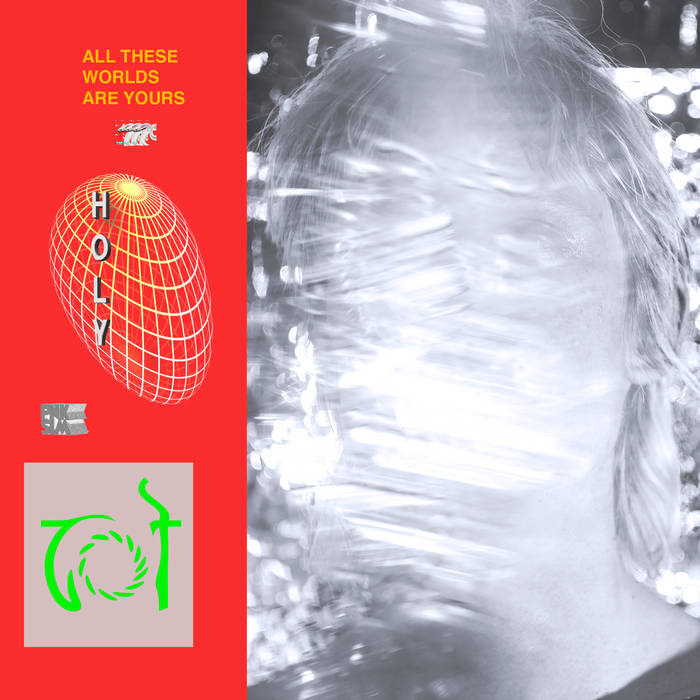 HOLY – All These Worlds Are Yours Featured Album Review

HOLY’s second LP shakes out an hour of audible dreamscape artifacts from a youthful alien planet. With ten songs and ten equally alien titles, like “ððð,” which I am totally lost on how to pronounce, the album boasts a series of incredibly flowery and theatrical scenes that range from massive grandeur in “all these worlds are yours” to the sobering forestry found in “Heard Her.”

This release is a change of direction for Sweden native Hannes Ferm, who’s 2015 LP Stab embodied a more down-to-earth, garage rock style. With his creativity now flowing from a different pool, All These Worlds Are Yours hails from a deeper, darker dimension of Ferm, full of extraterrestrial blips, sinking melodies, and wavy guitar flourishes. Originally thought out as a concept album and then abandoned, the LP plays through skips and jumps, and some songs even break themselves up into acts, notably “premonition / ◯ / it shines through.”  Another high point is the album’s namesake track, which is a journey within itself, totaling nine minutes with its own outstanding finale. Elegant piano and a full choir build up a dramatic encore that leads into yet another enduring encore. Finally it’s as if you can hear the actors retreat backstage as the song releases the listener into the calming “Heard Her.” Later down the album comes my personal favorite, “ৌ alien life??.” If “ৌ alien life??” was its own person, it would be a cousin to Ziggy Stardust and a fan of Rocky Horror.  Its timelessly familiar melody is instantly nostalgia-inducing, but Ferm adds his own slacker rock embellishments, like his trademark tumbling drum fills and bass-heavy guitar riffs. Its angelic voices and decadent strings are a wistful homage to the legends of glam rock’s past, and this LP is a beautiful addition to its history. If Bowie’s descendants sang to us from another dimension through spotty reception, this is what it would sound like.