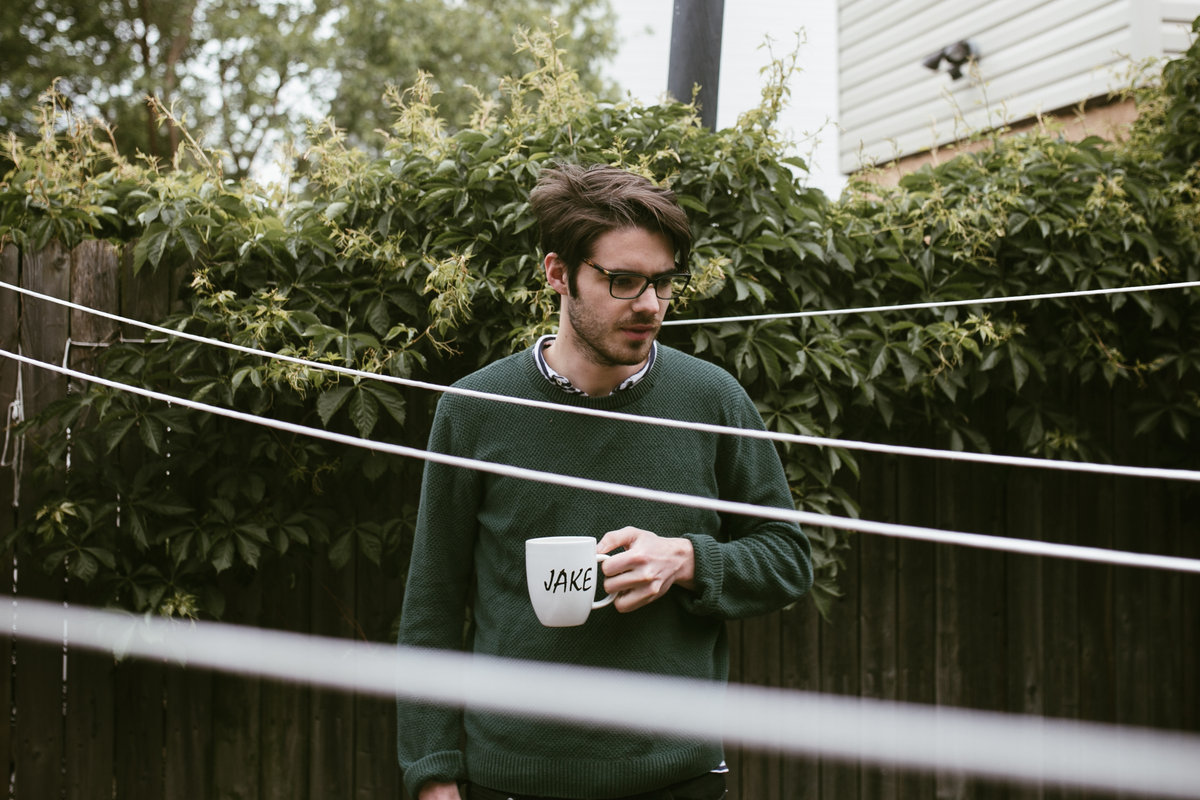 Slaughter Beach, Dog started as somewhat of a songwriting exercise for Jacob Ewald, co-frontman of emo/pop punk darlings Modern Baseball. Finding himself in a slump writing about his personal life, Ewald began writing songs and stories about fictional characters in the fictional town of Slaughter Beach. The first SBD demo, DAWG, came out in 2015, followed a year later by the project’s first proper LP, Welcome. Following the hiatus of his main project earlier this year, Ewald found himself with more time to spend on his side project, leading to this summer’s Motorcycle.jpg EP and October’s sophomore LP Birdie.  Musically, Birdie strays farther from Ewald’s pop punk past than ever before, as an enjoyable 40 minutes of laid back, alt-country inspired indie rock.

Although he played all the instruments on the record, Ewald was joined onstage by a full backing band (which included MoBo bassist Ian Farmer, who also produced Birdie). They kicked things off with Motorcycle.jpg’s “Your Cat.” The band was visibly happy to be there, laughing as they played, and throughout the show Ewald thanked the crowd extensively for being there. Following “Your Cat” were several songs off Birdie: “Pretty OK” and “Sleepwalking,” after which Ewald mentioned that this show was the first time SBD had played in Atlanta and shouted out tourmate Shannon Moser. It was nice to see them having such a good time, especially after MoBo’s hiatus, which stemmed from the stresses of touring. Next up was “Fish Fry,” the first song released off Birdie, accompanied by lots of cheering and singing along. “Friend Song” followed. Though musically sparse on the record, the dirge-like number was spruced up with forceful drum and bass lines accompanying Ewald’s keyboard organ, really bringing out the emotion in the song.

The band’s performance so far had been significantly more electric than the acoustics-based record, but at this point the second guitarist switched his Les Paul for an acoustic, and the band launched into “Gold and Green,” which also elicited lots of whooping and singing along from the crowd. Motorcycle.jpg’s  “Building The Ark” was next, including an exciting guitar solo-driven jam section, after which Ewald talked for a minute or so about the new album. “Do you like it?” he asked the crowd, which responded with a great deal of cheering and affirmation. “Sick,” he replied, before segueing into Birdie’s “Bad Beer,” which featured auxiliary percussion in the forms of shaker and tambourine, as well as keyboard organ and slide guitar by Ewald. The acoustic guitar was traded back for the electric, and the band played “Monsters,” the only song from Welcome featured in the main set. This was really a hit with the audience, summoning lots of singing along and movement. Next was a cover of The Cure’s “Friday I’m In Love,” which featured a great bass tone from Farmer and another great crowd singalong moment.

After “Friday,” Ewald took a moment to thank local openers Bleach Babes, and once again thanked the crowd for coming. They had been on the road for a while and were tired, he said, and it was really cool to see so many people being so enthusiastic. He announced that only two songs were left, and the band played Birdie’s acoustic-focused closer “Acolyte” and then Motorcycle.jpg’s almost spoken word “104 Degrees,” ending with a massive, extended wall-of-sound noise jam that eventually dissolved into just drums and amp noise. They left the stage smiling and laughing, and, after encouragement from the crowd, returned to play a single song encore of Welcome’s “Jobs”, after asking the crowd how their day had been while untangling guitar cords. One of Welcome’s highlights, the song’s gradual build had a ton of energy in a live setting and served as the perfect way to end the night.

Slaughter Beach, Dog obviously have a lot of love for what they do, and a great amount of appreciation for their fans. They put on a fun show featuring a diverse array of instruments and it was great to see some of the guys from Modern Baseball enjoying themselves again. They won’t be touring a lot, but if they pass by your area any time soon, definitely go see them!