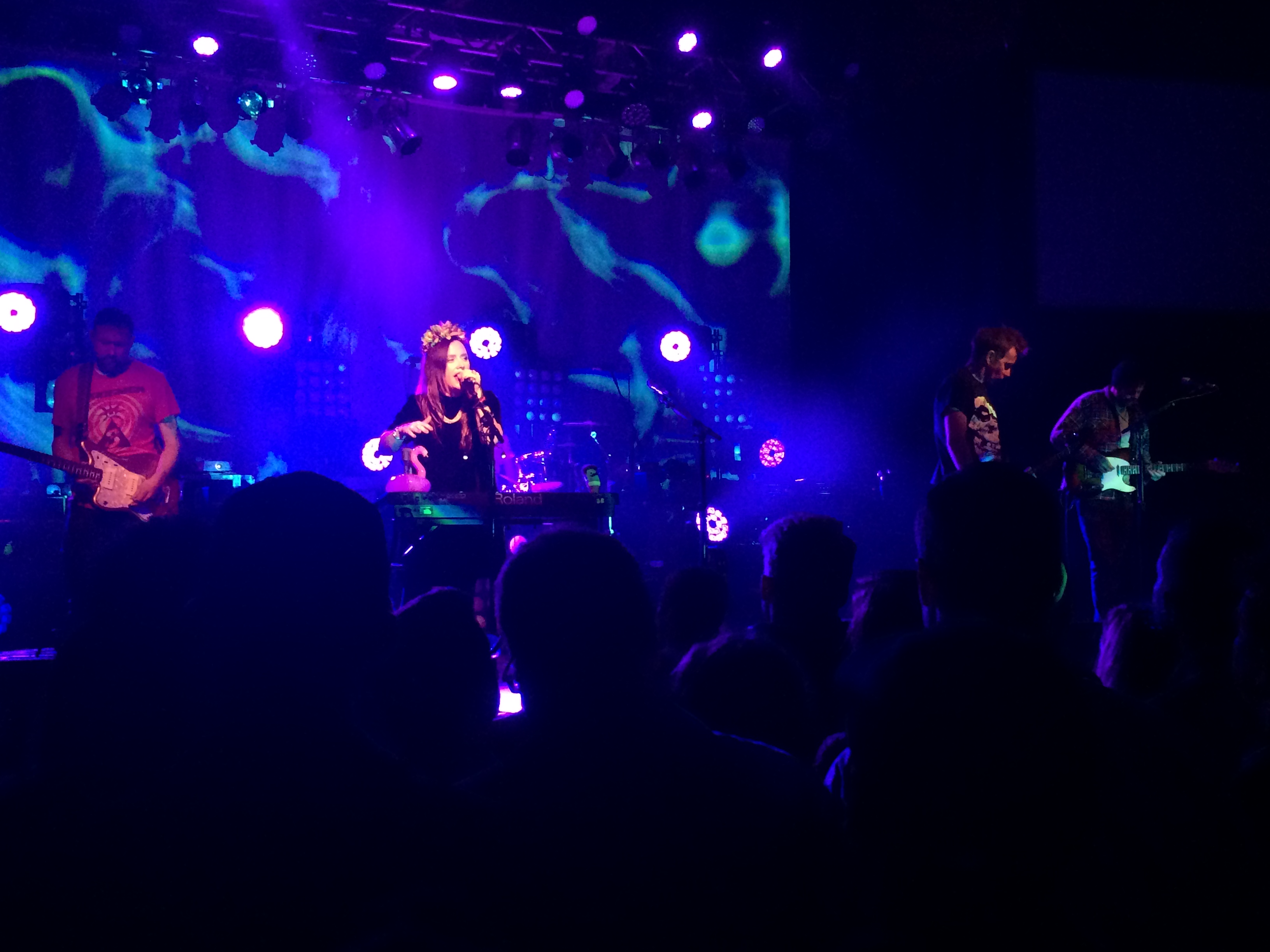 The first time I listened to Slowdive I found it difficult to understand why people were so enthralled with them. It just seemed like a lot of layers of noisy guitars and monotone vocals. However, their self-titled comeback record was quick to convert me into a big fan. I was captivated by the ethereal sounds and pristine production from the very first song. It rapidly became one of my absolute favorite records of the year and acted as a gateway for getting me into the rest of the legendary shoegaze band’s discography. I had to catch these songs performed live, even if it meant having to drive to Asheville, NC to do so.

After waiting outside The Orange Peel in the cold to get a good spot, I was rewarded by a transcendent set from the band. They opened the show the same way they opened the new album with “Slomo.” The instrumentation built to a beautiful climax that saw vocalist Rachel Goswell hitting her upper register. They then went into a dizzying rendition of “Slowdive” from their self-titled EP. This was followed by “Crazy for You,” one of the standout tracks from their third album Pygmalion from 1996. The opening notes from guitarist Neil Halstead elicited loud cheers from many adoring fans.  They then launched into their latest album’s lead single, “Star Roving,” which saw the audience bobbing their heads along to its chugging guitar riff. The band proceeded to go way back to their early days with “Avalyn” from their 1990 EP and “Catch the Breeze” from their debut album, 1991’s Just For a Day. “No Longer Making Time,” another of the many highlights from the new record, amazed with its quiet verses and explosive, catchy chorus. They followed this track with a stunning version of “Souvlaki Space Station,” one of my favorite tracks from their magnum opus Souvlaki. The spacy track had the audience entranced by its hypnotic slide guitar and the accompanying visuals, which looked as though you were actually flying through space. “Blue Skied an’ Clear” and “Alison” were next, the latter being arguably their most well-known song.

When the band transitioned into fan-favorite “When the Sun Hits,” my jaw dropped to the floor yet again. The crashing wall of sound climax paired with gold strobe lights left everyone in total awe. This track is another example of the quiet-loud-quiet dynamic that this band has perfected so well. “Sugar for the Pill” followed, and is sure to become a classic in their catalog judging by the amount of audience members who already could sing along to all the words. They closed out their main set with an eerie cover of Syd Barret’s “Golden Hair,” which then transitioned into a breathtaking extended instrumental jam that managed to be heavy yet beautiful simultaneously, leaving everyone speechless. The encore began with “Don’t Know Why,” another track from the new album that stands right up there with the band’s best material. They closed out the show with two crowd-pleasing favorites from Souvlaki, “Dagger” and the straightforward rocker “40 Days.”

Slowdive’s euphoric live show was easily one of my top concerts of the year and well worth the three hour drive. The trippy visuals projected onto the screen complemented the music perfectly. While the crowd at the show generally tended to skew toward those in their 30’s and 40’s, there was still a considerable amount of younger people present as well. One man that I spoke to while I was in line to get into the sold out show acknowledged that he was taken aback by the amount of young fans. Personally, I would not be surprised to see them keep gaining fans if they can continue to put out music of this quality 22 years after their previous album. This high-caliber comeback album paired with an exceptional live show really serves as a testament to the band’s longevity and reaffirmed relevance.