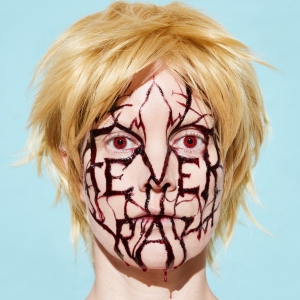 8 years have passed since Karin Dreijer Andersson released her solo debut as Fever Ray, and the art pop scene she contributed through both her solo effort and work with The Knife has been continuously growing ever since. Instead of rehashing the slow-burning dark chillers on her debut, Plunge sounds much less reserved, like a manic breakdown of the ideas presented before. This descent into chaos carries through the album, with tracks like “This Country” being outright disturbing with both its industrial rhythms and politically charged lyrical content. While the level of experimentation here has been present on many more recent releases, Andersson dedicates herself fully to the sound presented, confidently wailing over incredibly powerful electronic rhythms. Andersson’s vocals are reminiscent of fellow Scandinavian Björk in tone and accent, but are entirely her own in terms of explosive delivery. The music presented is heavy on these industrial elements, but manages to explore and build on these base ideas well. Title track “Plunge” propels forward with a driving rhythm that is steadily built upon with the repetition one might be used to in a standard dance track. “IDK About You” has a distinct dance-punk energy to it, with the basis for much of the track being an intense tribal drum backing which eventual falls into the background to an nontraditional synthline and chopped vocals. Plunge is an icy, uninviting album. This coldness seizes your interests, reluctant to let you go until you’re wrapped into the frigid wasteland it creates, and it makes for one of the most interesting experimental pop releases of the year.