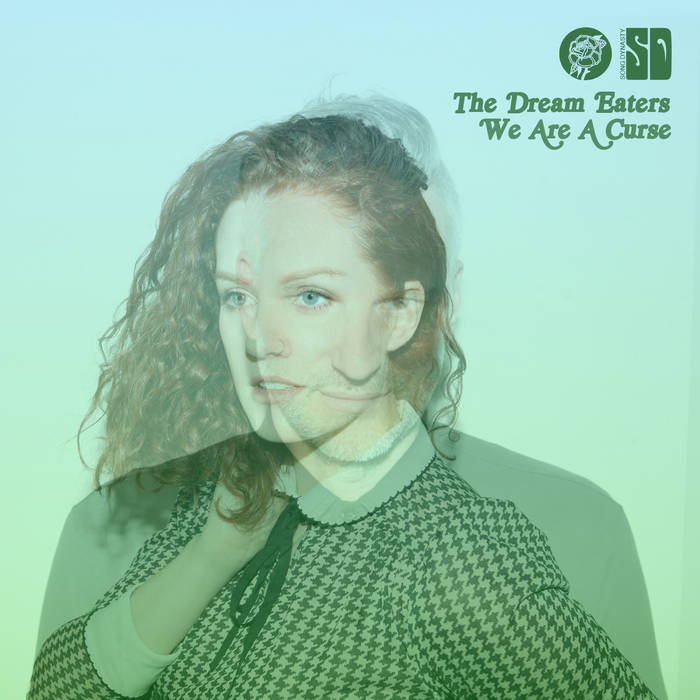 FEATURED REVIEW: THE DREAM EATERS – WE ARE A CURSE

Dream-pop newcomers, The Dream Eaters release their first album, We Are A Curse on April 14. The duo made up of Jake Zavracky and Elizabeth LeBaron met in 2015 while bartending in Brooklyn. The two had an instant connection and gained popularity as the group Jake and Elizabeth. With a shift in style from shoe-gaze to dream-pop, the group changed their name to The Dream Eaters, a fitting name considering their unorthodox style of dream-pop. The band takes influence from psychedelic, folk, and rock music. The album marries acoustics and ambiance to create a full, rich, and colorful sound. Listening to the first track, “Dead On The Inside” exemplifies the sensory richness of this album. An amazing feature of the album is the fullness that Zavracky and Lebaron create with little more than an acoustic guitar and their voices. The album is very simple, yet beautiful. The vocals are the focus of this album and give each song its tone. In songs like, “Astral Asshole” the vocals create a heavenly, angelic sound, while in songs like, “Plastic Priestess” and “We Are A Curse” they are ominous and create a creepy effect. The album is calm and relaxing and the lyrics add to the peaceful, yet melancholy vibe. Lyrically, this is a sad album, you can tell this just by looking at the songs, “Dead On The Inside,” “So Heavy,” and “Almost Afraid.” The instrumentation hints at the melancholiness of the lyrics, but also maintains a happy, upbeat sound. The first three tracks on the album, “Dead On The Inside,” “Neanderthals,” and “Dots” feature simple acoustic guitar and are upbeat and enjoyable songs. The vocals on these track are incredible and give it a full, almost overwhelming sound. The vocals on the song “Neanderthal” kind of reminded me of the vocal layering the Beach Boys used. “Plastic Priestess” and “We Are A Curse” are also enjoyable tracks, they are a little darker, but playful with their lyrics. The lyrics throughout this album are meaningful, the duo do a good job of storytelling. Overall, this a great debut album, it is a creative and easy listen. I look forward to listening to it again when it is released in April.