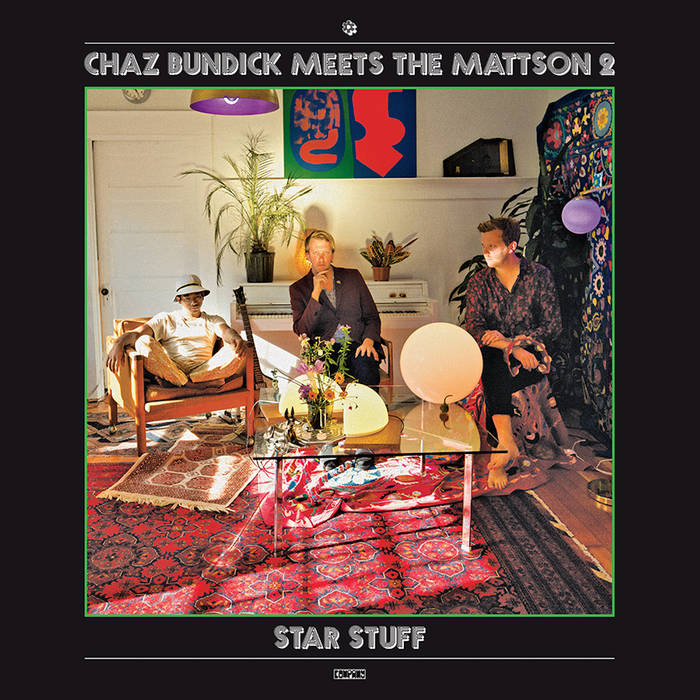 April 6, 2017
Album ReviewsMusic
Chaz Bundick of Toro y Moi collaborates with The Mattson 2 to create a cluttered indie rock funk hodgepodge with a title hearkening back to classic jazz team ups: Chaz Bundick meets The Mattson 2. The sonic lyrics create a realm spanning accessible sing song to devolved psychedelia, sometimes all in the same tune.
Themes of serious anxiety play out obviously in Bundick’s candid vocals buy also in the undulating production motifs. “Don’t Blame Yourself” is titled on par with that inner turmoil and the back and forth condensing to echoing wall of sound brings forth imagery along the lines of insanity. This song also represents the jazziest of all the songs with its swung drum groove and bebop-like guitar melody. “Star Stuff” gives a potential causation of the conglomerated craziness. Bundick speaks on his inability to break these “two worlds” of an anonymous girl and himself. He references tropes of passed adolescence akin to the ethereal mood of the vocals and guitar.
“San Moi” is another favorite. It opens with a harp  vamp with Pharoh Sanders “Karma”‘s rattlesnake shakers. This builds into a guitar-lead improve section which lasts into the next song seeming of Hendrix.
“Cascade” and “Disco Kid” hold the heart of the funk in this album allowing for some real head-bobbing moments but they are not devoid of the spacey devolutions either. “Cascade” is a cluttered groove with blistering synth and Glasper-esque vocals strewn in. “Disco Kid” punches along with a rising and falling pentatonic head that looses its marbles at the end of the song with a killer drum kit solo that is happily littered with some extraterrestrial effects.
The whole of this album contorts the listener to many different modes with its homey rock and astral exploration. Its is multicolored and a full bodied listen.
-Chris Tidwell