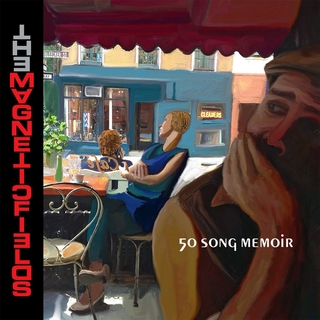 50 Song Memoir marks The Magnetic Fields’ most startlingly ambitious outing since 1999’s beloved 69 Love Songs. For this project, frontman Stephin Merritt sought to craft his usual wry indie-pop style into an autobiography of sorts, writing 50 songs — one for each year of his life. The result is an absolute triumph, a fascinatingly varied series of tales and possibly the band’s best work since the aforementioned 69 Love Songs. The songs that reflect his childhood years are possibly the project’s most charming. “No” is a rousing gospel number/atheist credo with fantastic backing vocals and hilarious lyrics, while “I Think I’ll Make Another World” is a  powerfully catchy anthem of dissatisfaction that seems eternally on the verge of collapse but somehow manages to keep rolling through its triumphant melody. And Merritt’s later years make for great songs too! The New York tribute “Have You Seen It In the Snow?” serves as his warm, touching response to 9/11, “Why I Am Not a Teenager” celebrates his 20th birthday with aplomb, and “Me and Fred and Dave and Ted” is a remarkably enjoyable, dry summation of a love quadrangle between roommates. In short, 50 Song Memoir is a delightfully surprising return to form for the Magnetic Fields, and for anyone who enjoys quirky lyrics, droll vocals, and catchy pop melodies, this is a must-listen.