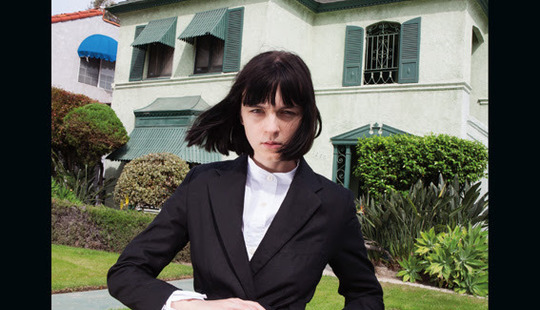 It’s Immaterial has the sort of late 70s to early 80s sound that is often hard to characterize. The synths, basslines, and drum beats all point to new wave, but the purity of the music indicates that the music was a sonic exploration rather than the new wave reaction to punk music. Black Marble shares a similar story as the pre-new wave synthesizer music in the essence that this project was found by wondering. Chris Stewart, aka Black Marble, fell into the DIY synthesizer scene in Brooklyn after seeing a showcase of synth-based artists perform at Jim Jarmusch’s birthday party. After that, Stewart started creating synthwave music in Garageband, which with time, experience, and actual synthesizers morphed into Black Marble’s 2012 debut, A Different Arrangement. While Black Marble’s sophomore album maintains Stewart’s sound, It’s Immaterial has a glossy sheen to it; the lo-fi and DIY roots of the project aren’t completely gone, but the music glides with ease. The aggressive and pulsating opener “Interdiction” seems to contradict this observation, but the chaos and screams, fit for a horror movie score, fade out for the second track, “Iron Lung.” Easily one of the catchiest Black Marble songs yet, “Iron Lung” is drenched in sweet synths, and propelled by a strong bassline and drum machine beats that call the listener to dance. Buried deep within the textures are Stewart’s lilting vocals. “Woods” continues the mood with light synth arpeggios that are draped in the long drones of a deep-pitched synth. Later down the record is “Self-Guided Tours.” The reverbed vocals and synths reminiscent of string instruments create a feeling of loneliness on this track. The created feeling is definitely a warranted one. Much of this album was made during a period of isolation when Chris Stewart was waiting to finish It’s Immaterial in New York so he could move to Los Angeles. The evolving sound of the record indicates the transitional role it played. By the final song, “Collene,” the record has a sense of unspoken confidence and clarity, especially apparent in the vocals. It’s Immaterial brings the listener is a nostalgic slice of the past. The record evokes emotions similar to those one would have while listening to The Cure or New Order, while adding a new Black Marble flair from the sense of journey of this album.

Check out photos from their show at the Masquerade here.