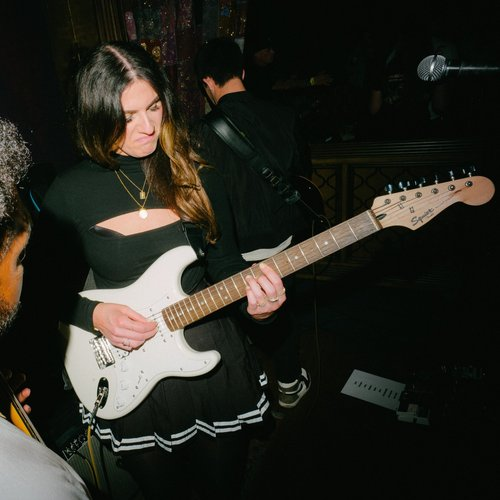 A Sit-down Interview with Mariami

I recently had the chance to sit down with the beautiful Mariami. Mariami is a R&B pop
artist who grew up in New York after her parents fled from Georgia during civil unrest. She grew
up around music. Her grandfather was the director of a dance ensemble and her mother was a music
teacher. This combined with the worship of American celebrity overseas caused her to always
want to be a pop-star. “Think about how people feel about celebrities here. Ariana Grande,
Taylor Swift, these people are appreciated 10x as much in Georgia,” she said.

We often forget that there is a country with the same name as our glorious state, but
Mariami never forgets. Georgian culture permeates her entire being, after spending her earliest
years in Georgia and growing up with immigrant parents, it’s nigh impossible for her to. She
often sings in her mother tongue, and sounds amazing while doing it. She feels that she is more
American than Georgian though, as she’s lived in this country since she was 6 years old.

Graduating from Emerson College and getting a minor from Berklee College of Music, she hadn’t really fit in at Emerson. As soon as she hit the Berklee campus she knew she was in the right place. “There
were kids smoking cigarettes and listening to Ipods. You had to fit a mold to go to Emerson, but
Berklee was much more DIY,” she said.

Although she received her education Boston, her favorite place will always be
New York. “It’s where I kicked off my career, my family is there, and I’ll never forget playing at
the apple store,” she said. 2017 was a big year for Mariami. She performed at the Williamsburg apple
store, got a record deal, and she had her best show ever. Playing at the Hotel Cafe in West
Hollywood, Mariami went up on stage alone for the first time. She had never attempted to carry
an entire show as a singer songwriter, and as she jumped into the unknown, she realized the
water felt fine!

After focusing on her record label, Sungate Records, she decided that it was time to
focus on herself. She has released two singles this year, “Aries” and her latest track “Breathe
Bitch” and is touring to promote them. She was surprised at how the south responded to her
music so well, and she’s focused on the region with her touring schedule. Seems like there might
be a spiritual connection between Georgia and Georgia!

I greatly appreciated the time I got to spend with Mariami. She is an amazing singer, diligent worker, and an overall beast of a creative force. Watch out for a particular Georgian rolling through your town, you might be able to catch a rocking show.