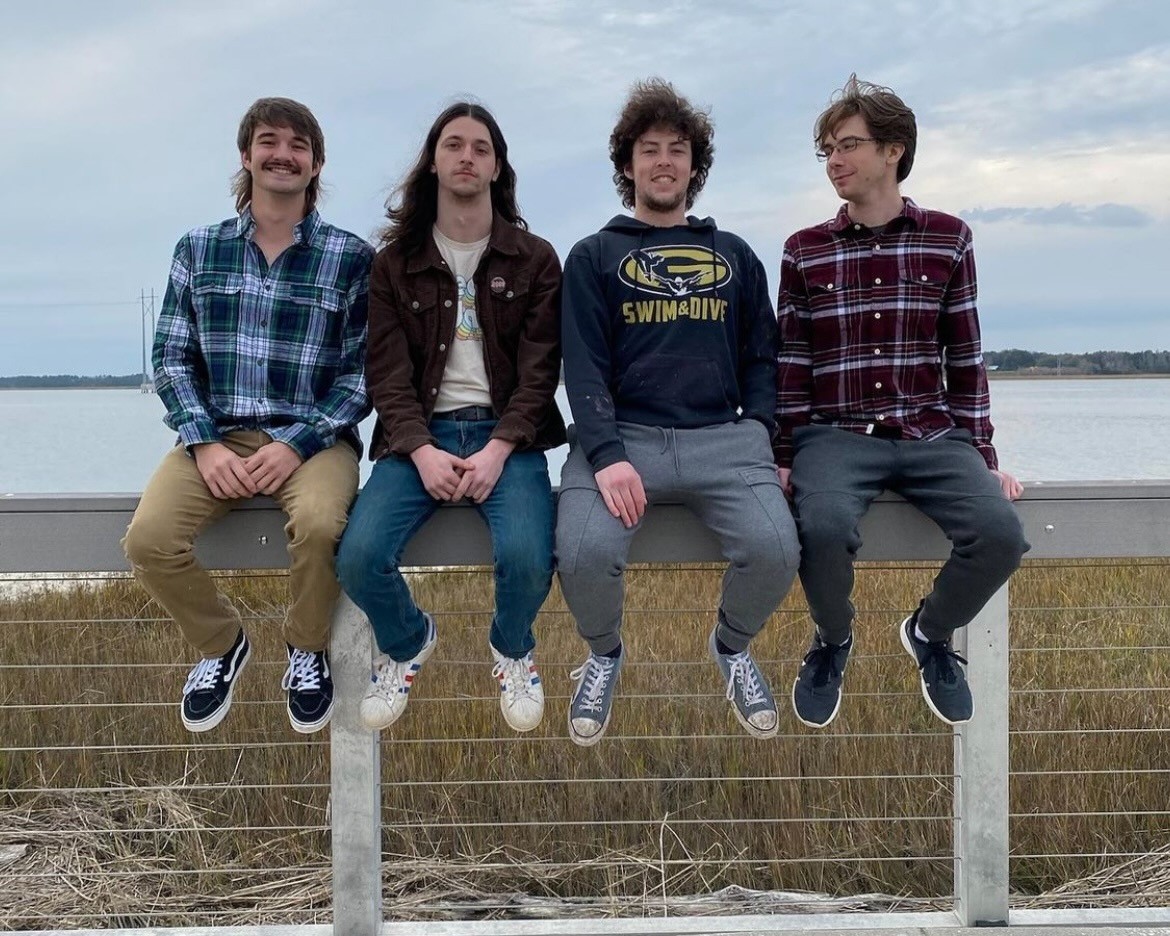 Movers to release sophomore album, ‘Futurist at the End of Time’

The Athens-based progressive rock quartet, Movers, is set to release their second full-length album, Futurist at the End of Time, on February 12.

While those are their primary roles in the band, they all mix and match instruments and vocals within their songs to create a complex musical style.

“We put a modern take on classic sounds and we just really like to play music we love,” said Serrero, who compared their music to prominent acts from the 70s and 80s such as Rush, The Police, Genesis, and Pink Floyd.

Serrero described the new album as “semi-conceptual,” and more funk-inspired compared to their debut self-titled album.

Ferguson said the new release was more “spacey,” while Wilson described it as more “congealed.”

“This one kind of feels a little bit more straightforward, as far as musical style, but I mean it still has a lot of variety. We are a lot older now. I think we’re a lot more mature as players,” said Wilson.

Despite these changes, “it still sounds like us, but it’s just like us kind of cranked up to 11,” said Serrero.

The new release is set to be filled with epic adventure stories of time and space, as well as scathing criticisms of corporate structures, identity politics, and how people can get lost in it all — with plenty of electric guitar solos.

“There’s a lot more nuance to modern day politics and society and our own personal relationships with each other and with our situation,” Serrero said. “At the end of the day, it’s like, is this life fair? No. Is it the reality of it? Kind of. What can we do as artists and as people to kind of reclaim our soul, you know, and find things that are beautiful again?”

“The concept is just so much more mature, and it kind of grasps with some really heavy stuff, and it takes a little bit of brainpower to kind of wrap your head around,” he said.

“It was very cathartic to like, actually get it tracked and start getting everything mixed and prepared to release it. Hearing the work just get put down and produced and kind of personalized, so to say, from how long we’ve been playing, it felt in one way a relief, but it’s been very exciting. It was very cathartic. It was very enjoyable,” said Ferguson.

“I had a lot of fun writing this album. The flow of everything was natural,” said Johnston.

“I mean, every time we write music, we push ourselves to the limit, and we definitely hit that limit,” said Wilson.

The album release show for Futurist at the End of Time will be at Southern Brewing Company on February 12 at 8 p.m. with performances from Dinner Time and Mother Fore.