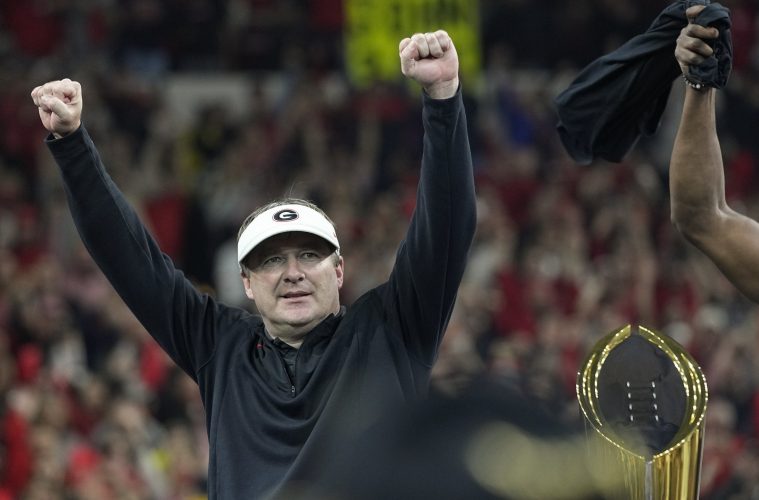 Kirby Smart brings home a top 3 class for 2022, resupplying the defending national champions for another run at a title.

This years class came in with 29 total recruits, five 5-stars, 20 4-stars, and nine 3-stars. The second most 5-stars only behind Texas A&M’s seven. All of Georgia’s play on the defensive side of the ball and combine to be the best defensive line class of all time according to 247sports.com rankings.

This showing there was no lack of signees with loss of ex-defensive coordinator Dan Lanning who was hired to be Oregon’s head coach. It should be no surprise that defense is the bulk of the recruits, one because Kirby is a defensive minded coach, but two because Georgia had over half the starters and some backups leave to the NFL or transfer out after this past season.

Some key players to look at from this class are:

Mykel Williams, the #4 overall player and #2 Defensive lineman is the best overall player Smart brought in this cycle. At 6 foot 5 and 265 pounds he should come in and be a good replacement for big #99 Jordan Davis who will be a first round pick in this years NFL Draft. Joining him on the D-line will be Marvin Jones Junior, #23 overall and #3 edge rusher in the class. These two should be terrorizing offensive lines and getting after quarterbacks for the next three to four years.

Malaki Starks, #18 overall and #1 athlete in the class will be joined by Jaheim Singletary, #26 overall and #5 corner back and Daylen Everette, #27 overall and #6 corner back in coverage for the Bulldogs over the next three to four years. Competition at corner and anywhere along the secondary for the Dawgs will be steep, but these three add depth and potential starting quality to a replenishing defense.

The offensive side of the ball did not have any huge hitting names this cyle nationally, but a big name here in the state of Georgia is QB Gunner Stockton who broke all the high school state records. With a massive arm, he could help lead the Dawgs in a few years. Although QB competition is steep with Stetson Bennett returning plus already having two 4-stars on the roster in Carson Beck and Brock Vandagriff.

Oscar Delp, a 4-star tight end is arguably the best skilled position player to be recruited this year along side four other wide receivers and two running backs.

Kirby Smart seems determined and on his way to building a lasting power in college football and after the 2021 national championship winning season Smart is only getting started!