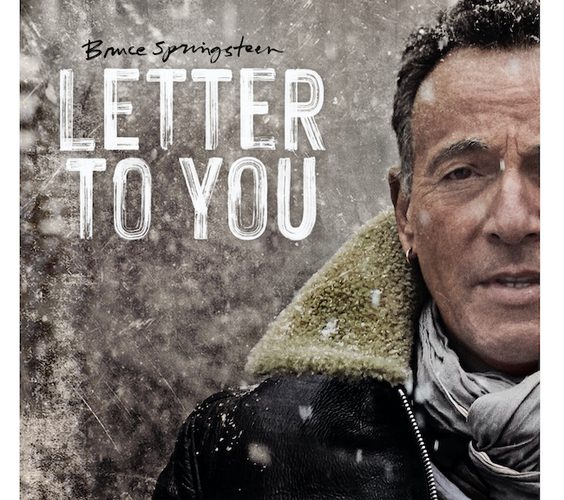 Perhaps the thing that amazes me most about Bruce Springsteen (and there’s a lot to be amazed by) is that he always seems to be there exactly when America needs him. There was the darkly barren Nebraska in 1982 as the Reagan administration’s chokehold on the working class set in (it hasn’t ever really gone away), and 2002’s The Rising was the soundtrack America picked itself up to after 9/11. Look, I’ll level with you: I’m 21. Reagan was out of office over a decade before I was born. Hell, I don’t even remember 9/11. But I’m here now, and I don’t need to tell you all the ways that America is suffering in 2020 (but you know I’m going to). Things are bleak: more than 200,000 Americans are dead. People are being killed in the streets by those who are supposed to protect us, and more people still are being beaten and kidnapped for questioning that. We’re staring down a “battle for America’s soul” in November that feels like a loss regardless of the outcome. I haven’t seen my family in 8 months. Enter Letter to You, The Boss’s 20th studio album.

It’s clear from the get-go that loss hangs heavy over Letter. Look at the tracklist, for christsake: alongside opener “One Minute You’re Here” there’s “Last Man Standing”, “Ghosts”, “Song For Orphans”, and “I’ll See You In My Dreams”. Since their 1999 reunion the E Street Band has lost organist Danny Federici and sax legend Clarence Clemons, and, following the 2018 loss of George Theiss, Bruce is now the, well, “Last Man Standing” of The Castiles, the first professional band he ever played in. The aforementioned opener brings back the rich orchestral arrangements of last year’s Western Stars as Springsteen reflects on the “big black train” that has claimed his bandmates and friends, and that we all board eventually. It’s a fitting introduction, but the album really hits its stride on the title track when the E Street Band kicks down the door like they haven’t in 35 years. Bruce pretty much lays down the mission statement of the album, packing all the fear and doubt (and sometimes hope and dreams) that make up American life in 2020 into his Letter to us, and you know what? It’s comforting. I don’t know how he manages to keep his finger on the pulse of the average American’s everyday anxieties, but Springsteen somehow always manages to tell us exactly what we need to hear to know we’re not alone, and that there’s a way to pick ourselves up, even when things are at their worst. It’s even more comforting backed by the classic E Street sound. Okay, sure, it’s a Bruce Springsteen album in the year 2020 – you know what it’s going to sound like. But the best backing band in the world hasn’t sounded this energized since their 70s/80s heyday.

It should come as no surprise that the E Street Band is back to their anthemic roots. The three best songs here, “Janey Needs A Shooter”, “If I Was The Priest”, and “Song For Orphans” were all written by Bruce in 1971 and 1972, and it shows not only in the classic organ and guitar tones, but also in the harmonicas and almost-goofy-but-not-quite rhyming dictionary antics (“Holy Ghost is the host with the most”) and carnival sideshow characters. The narratives feel timeless, however- we’re still let down by authority figures just as often today as Janey was 50 years ago, and young people still feel lost and confused. Make no mistake: Bruce and the gang are by no means relying on good-old-days nostalgia. They still know how to write a hell of a tune, and a prime example is highlight “Ghosts”, an ode to rockin’ out with your best friends that sounds every bit as vital as “Sherry Darling” or “Backstreets”. “Rainmaker” is an Americana-tinged tale of a con-man taking advantage of desperate people (sound familiar?) that compassionately seeks to understand the down-on-his-luck farmer manipulated into hiring the titular demagogue. “House of a Thousand Guitars” manages to simultaneously be another ode to rockin’ and rollin’ as well as a compelling argument for collective action on a local scale: when the throne’s been stolen, the truth can ring out from small-town bars.

Not for the first time in his storied career, Bruce Springsteen has stared down a troubled America and delivered an album that, while perhaps not offering any answers, reflects on the hand we’ve been dealt and eases the pain just a bit. From reconciling with loss on both a personal and collective scale, to feeling powerless in the face of corrupt forces greater than you and your friends could ever hope to match, to trying your damnedest to love thy neighbor when it’s easier than ever to blame them for voting in the bastard that put us in this hot water in the first place, Letter to You assures its listener that, while times are harder now than they’ve been in a long time, maybe in your lifetime, at the very least you’re not struggling alone. If you don’t like Bruce and Co.’s tried-and-true anthemic heartland rock sound, this won’t make a convert of you, and it certainly doesn’t bring anything new or innovative to 2020’s musical landscape, but at the very least it’s a thoughtful, hard-rockin’ album that could very well be The Boss’s best since his immortal run of classics in the 70s and 80s. Will Springsteen’s next Letter find us in a better place? Only time will tell.