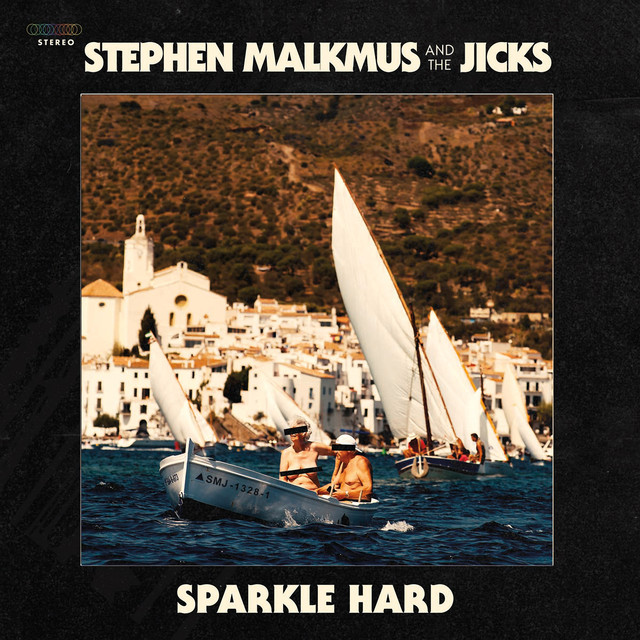 For the past couple decades, much has been said about Stephen Malkmus. He boasts an incredibly lengthy discography as a part of many different musical groups, most notably his time as the front man of the ever-polarizing Pavement. Eight albums into his solo career, which has easily outlasted Pavement, I, and many, others were curious of what new direction Malkmus would explore. On Sparkle Hard, Malkmus doubles down on the that trademark mix of indie rock and guitar pop that has defined his recent releases.

Sparkle Hard is undoubtable a summer album, but not in the traditional sense.  Replacing the traditional beach pop bangers of many albums released in May with catchy and, for the most part, non-aggressive guitar leads, Malkmus brings to mind pleasant summer afternoons or days by the pool. The album starts with what can almost by viewed as a red herring with “Cast Off,” a sobering piano ballad. The rest of the album ditches the piano in favor of jangly guitar lines. While the album may seem instrumentally carefree and pleasant, Malkmus tackles political and social issues in a way he never has before. On “Bike Lane” he sings about police brutality, on “Middle America” he gives his thoughts on gender inequality and feminism, and the auto tune drenched “Rattler” laments the digital age. How effectively he deals with these issues I will leave up to you to decide, dear reader.  The song “Shiggy” is the hardest on the album, echoing the more classic rock influences of Malkmus’ early career, making it a standout track in the latter half of the album.

In the end, while this album could be viewed as artistic stagnation, it’s more of doubling down and improving on the instrumental tendencies of his recent work.  Sparkle Hard is an overwhelmingly pleasant listen, and should be on the radar for any fan of Pavement.