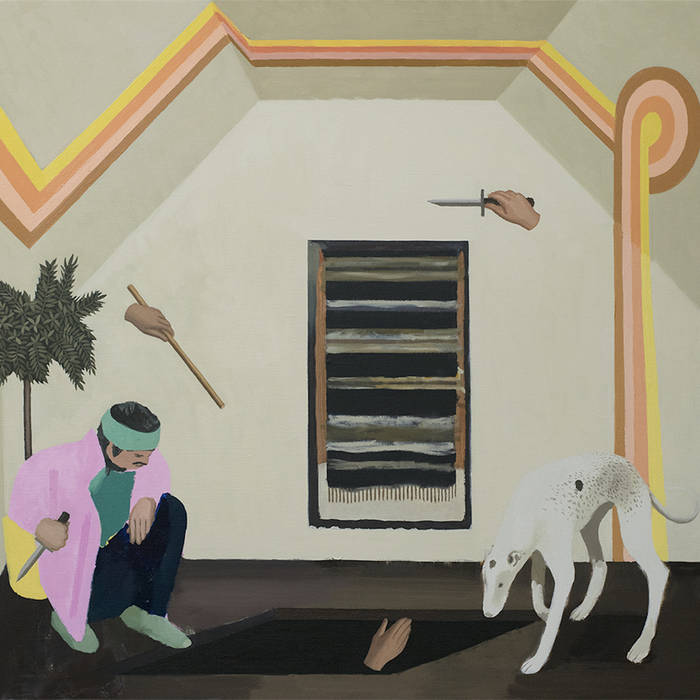 Flashback.  1989.  The Little Mermaid.  For many of us, this movie’s soundtrack was the first time our young ears were blessed with the glorious sound that is the steel drum.  But the question we all should be asking is what place does a steel drum have in the music industry?  Rock Island, the second full length album by Philadelphia based math rock band Palm, shows exactly what it can do.

As the name implies, Rock Island has a very tropical and sunny feel to it, reaching an incredibly natural combination of organic and synthetic instrumentation.  A sense of controlled chaos flows through the album, with many songs feeling improvised.  Percussionist Hugo Stanley thrives on every track, a prime example being the opener “Pearly.”  One of the  guitars, used as a MIDI trigger to replicate the sound of steel drums, sporadically outbreak throughout the track, leading to a sense of unpredictability. This spontaneity captures the spirit and fun of the band.  The band’s pop sensibilities have never been stronger, delivering a myriad of streamlined melodies while staying true to the experimentation of their past work as shown in the tracks “Composite” and “Heavy Lifting.”  In many ways, this album is a coming of age for the band. You can see them break away from their influences and truly step into a terrain entirely of their own— a prospect that has myself and many others waiting in anticipation for future releases.