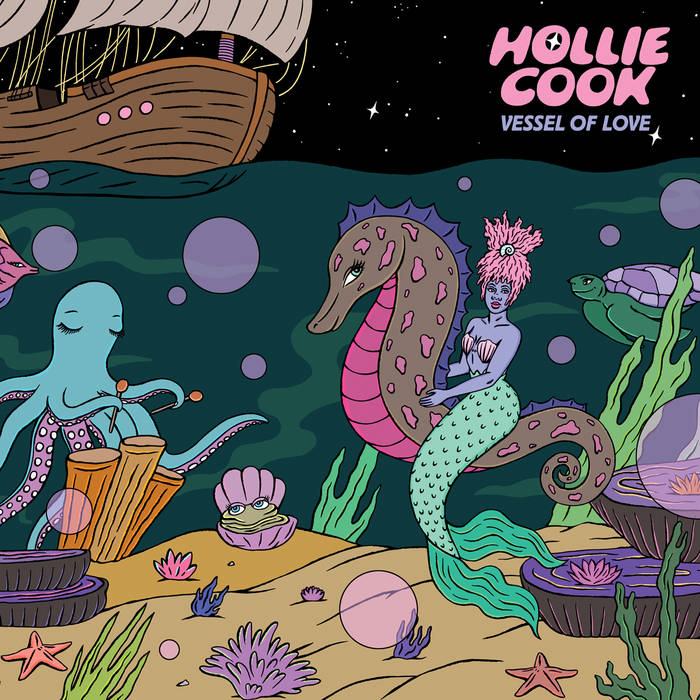 Opener “Angel Fire,” plays a trick on the listener at the start. The upbeat track, beginning with a synth fade-in, is capable of tricking an unsuspecting listener that Vessel of Love is an electronic album instead of a genre-fusing reggae release. Third track “Survive” is like a dream to listen to. Cook layers her mystifying vocals over an irresistible beachy pop sound, and takes you far, far away.  “Turn it Around,” is the nail in the coffin that convinced me that Hollie Cook is actually the siren depicted on the album cover. Her mesmerizing voice on this one makes it my favorite track of the album. Title track “Vessel of Love” clearly illustrates the blend of pop and reggae that makes this album so successful. Cook’s vocals layer into a chorus of her lovely voice. “Far From Me,” is a departure from the rest of the album, and takes a more serious, if not frightening tone. Cooks’s vocals become haunting and brooding, but nevertheless enchanting.