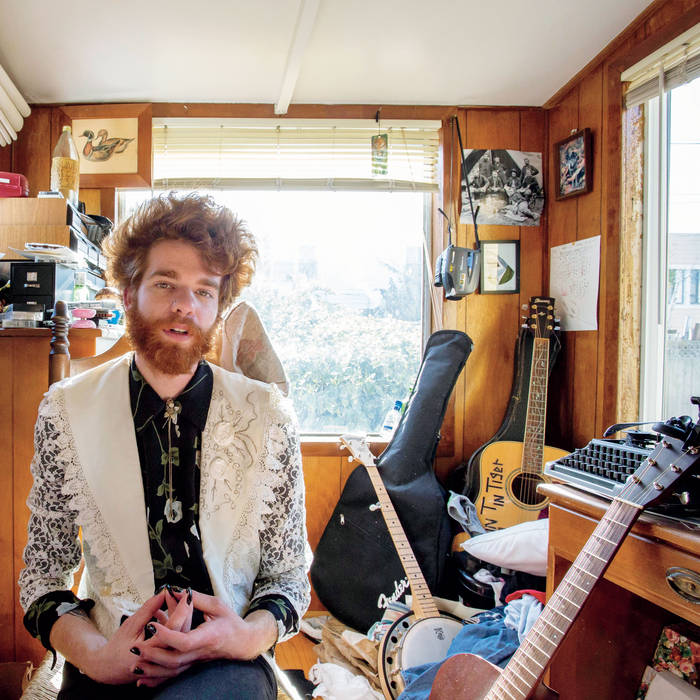 Field Medic is Kevin Patrick, and the latest artist to sign to emo/indie rock label Run For Cover Records. Songs from the Sunroom is a sort of best-of compilation of material previously released independently on Bandcamp. A collection of 15 songs released over several years, Sunroom offers a varied selection of lo-fi folk. Self-described as “freak folk/post country with an emphasis on finger style guitar and lyrics,” Field Medic’s RFC debut offers frantic acoustic picking, drum machines, the occasional piano, and even some banjo here and there.

Lyrically, Sunroom presents confessional accounts of love, relationships, drug use, and living poor in San Francisco. The easy comparison to make here is to labelmates Pinegrove, who share a twangy spin on emo’s confessionalism, but influence from rap and older folk acts like Joni Mitchell and Bob Dylan is evident, most noticeable in gentrification protest song “fuck these foolz that are making valencia street unchill.” Patrick holds nothing back in his lyricism, admitting in “OTL” that he is recording while “emo and horny,” and closer “it’s still you” paints a stark portrait of losing control of your life after a someone you depend on leaves.

At 15 tracks, Sunroom is a bit overlong (“Prowler” and “not a normal boy” probably could have been left off to no detriment), but still an engaging, emotional listen. While not the most cohesive album (it is, after all, a compilation of songs released since 2014), there are some great standalone tracks on here, and Field Medic’s mix of bedroom pop, folk, and a just a tinge of emo is another great release under the “post country” sound currently being pioneered by acts like Pinegrove and Slaughter Beach, Dog.