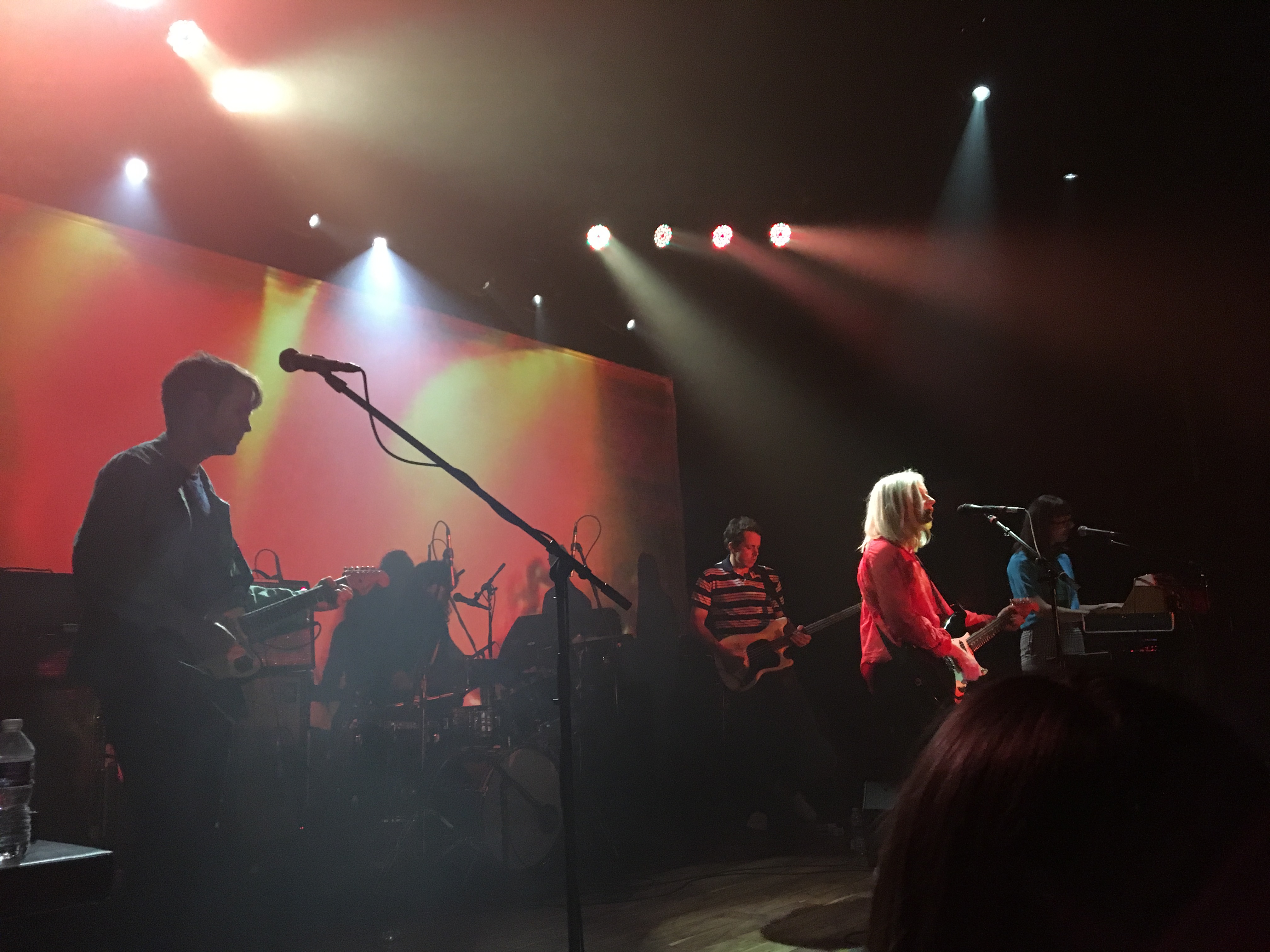 Antisocialities is an album that I had been craving since right after Alvvays’s self-titled debut came out. Two summers ago, I (very temporary) satiated my need for new Alvvays through their headlining performance at 2015’s Wicker Park fest in Chicago. Between lead singer Molly Rankin’s soothing, floating vocals, the dreamy synths, and the jangle of their live show, I was utterly hooked on the Alvvays live show. At that show, Molly teased that they were in the process of working LP two. Much to my friends’ annoyance, the prospect of Alvvays releasing a new record with a tour to support it was something I wouldn’t shut up about. Even with several years of anticipation and expectations, I was by no means disappointed by Alvvays’s performance at Terminal West on Wednesday, October 11th.

With a fuzzy, warm-colored video projection as a backdrop, the band emerged to open the night with “Saved by a Waif.” The song off Alvvays’s sophomore effort crescendoed into a bouncy masterpiece as the crowd jumped and danced to what I would describe as the closest that soft popkids can get to moshing. “Saved by a Waif” made for a perfect transition to one of their self-titled hits, “Adult Diversion.” Following that song detailing unrequited affection, a common theme in Alvvays songs, Molly charmed the crowd with some adorable banter before transitioning to the dreamy and highly textured first single of Antisocialites, “In Undertow.” With the flowing light backdrop and just a right amount of fuzz, the music and visuals of “In Undertow” perfectly mirrored each other. Their set transformed with a little more punch and edge with the more frantic “Plimsoll Punks” and “Your Type.” Despite the quickened tempo and ever-catchy jangle, these songs especially pulled on your heart strings as Molly poured herself into the lyrics. The tempo and energy once again waned with the transcending “Not My Baby” where Molly took her vocals to the higher end of her range, adding another layer of vulnerability to the dreamy song before the springy, yet desperate energy of “Hey.” The anthemic “Atop a Cake” got the crowd dancing to another Alvvays classic before the melancholy haze of the Antisocialities closer “Forget About Life.” The frazzled energy of “Your Type” and then intimately emotion and soft vocals of “Ones Who Love You” prepped the crowd for “Archie, Marry Me.” While Alvvays often plays on twee and jangle pop influences and aesthetics, the band sounded arena ready with this song, finding the perfect balance with the catchy chorus, weaving guitars, and beating drums. Right after “Archie,” Alvvays slipped into “Dreams Tonite,” the song that I personally see blossoming into this album’s hit track. The bridge of this song houses my favorite lyrics of Antisocialites when Molly utters  the lines “Don’t sit by the phone for me / Wait at home for me, all alone for me / Your face was supposed to be hanging over me like a rosary / So morose for me; seeing ghosts of me; / writing oaths to me / it so naive to wonder…,” and this set of lyrics gave me chills to hear live. “Party Police” and “Next of Kin” closed out the night of Alvvays’s original material before their final song, a cover of the classic twee pop band The Motorcycle Boy’s “Trying to Be Kind”.

Needless to a say, it was a show that I don’t think I’ll ever be able to shake. Seeing so many songs off two albums that I hold so dearly, especially Alvvays’s self-titled which I consider very formative to my overall music taste, made me look back and re-experience emotions that I’ve associated with the band and those albums for the last three years. Their performance made me self-reflect more than I wish to admit, but in the end, that’s what makes Alvvays a fantastic recorded and live band: their ability to touch fans at the core.