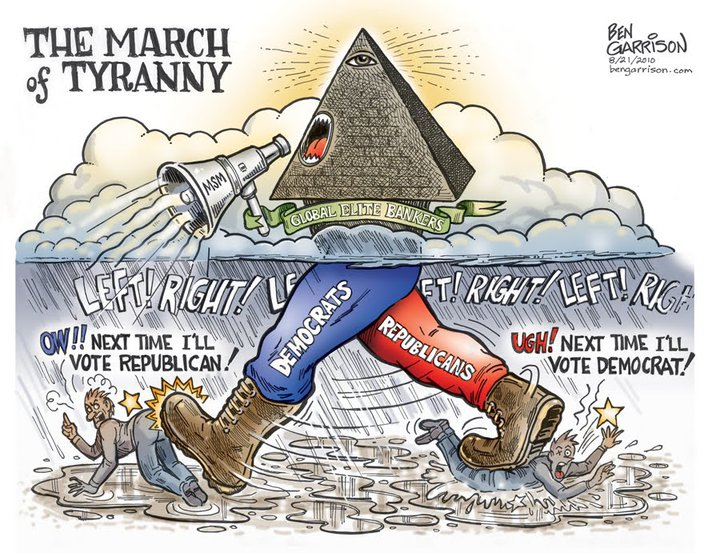 The Tragic Permeation of 21st Century Propaganda Into Millennial Society

The scourge of fake news has descended upon us from above, with a conductor waving a smartphone signed into twitter as the baton. It seems there is no light at the end of the tunnel, just a landslide of executive orders and a brash press secretary who treats the American media as group of unruly school children. ‘Alternative facts’ are an abhorrent twist on realities that at best are embarrassingly comical, and at worst can affect the most sacred institutions of our world.

Anyone who has sifted through their grandparent’s spam-infested inbox will understand that many adults who did not grow up with Internet have a poor ability of distinguishing authenticity online. Afflicted with the same arrogance that cost the election, millennials are rarely any better at identifying fake news because of our intimate connection with the Internet. This is a result of a very embedded willingness to trust our habitual sources of information. This information comes from pre-selected avenues, typically from one side or the other; seldom both. We are hooked on our news feeds, carefully cultivated pages full of headlines that we enjoy interacting with which cast updates in a light that makes us feel good about current events, oftentimes with news updates being the opinion of our friends. Objectivity is snuffed out, and instead an insidious dedication to our personal and/or partisan narratives is reinforced in a very nastily entrenched foundation.

But in recent months, it is not the uneducated and rightist zealots who have been spreading these lies around the internet, but the Left and its elite college graduates. A recent article by the BBC mentioned reports from fact-checking agencies who have said that liberal fake news has skyrocketed since the election. The culprits? No finger pointing, but they did say that liberals who consume fake news are ‘34 times’ more likely than the general population to be a college graduate. We, the ‘educated’ elite are still suffering from the arrogance that cost the election. More so perhaps, than even before. The bubble is only getting worse, and the Leftists who think themselves above the ‘deplorables’ are only becoming more entrenched in their zealous ideology.

Millennials trust news through social media in all mediums far more than austerity or Gen Z as a result of greater control over what media is being propped in front our eyes, and distant memories of a pre-Internet world. This is dangerously polarizing. Our maturation will entail many challenges for us, as compromise becomes increasingly elusive in a highly charged atmosphere. People who disagree with the mainstream opinion might not be able to openly express their feelings on a college campus, but online and in the voting booths they are allowed to bask in their opinions, biases, and prejudices.

Demagogues with the most social media impact will govern the future. Last year’s election cycle proved the potency in graphic emotional appeals backed up only by stereotypes, like “Illegal Mexican immigrants are rapists and killers” or “Muslims are dangerous and should be banned,” etc. The left has been functioning off emotionally driven narratives for years; these appeals to social issues that portray Democrats as the allies of all oppressed groups are beginning to crack. Last year’s election and many of the reactions to it have shown that the condition for liberal support is neither gender, nor sexual, or racial but instead is based on politics. Melania Trump is the second foreign-born First-Lady, but she is constantly lampooned by the left and associated with her husband’s party. More than a quarter of latinos voted for Trump. Marine Le Pen has more LGBT members in her campaign than any other party in France. All of this runs counter to the narrative that the left supports the oppressed unconditionally. Trump made his appeal to the working class whom Clinton denigrated for supporting the wrong person, a class who supported Bernie until they found out that the party apparatus run by the Clintons had worked against their man; Trump ended up winning.

While it is no doubt true parties cater to social issues respective of their intersectional voter base, the political reality is far more complicated than a simple dichotomy of ‘Blue good’ vs. ‘Red evil’. Discarding facts that fail to support the narrative will only yield a fact-less society. Effacing uncomfortable events like the fact that many migrants in Europe attack citizens of their host countries; like the fact that many people on the right do indeed hold prejudices and act according to them, will only reinvigorate people whose opinions have been pushed aside when it comes time to vote.

Polarization occurs as both sides only hear news that suits their position, because it’s what they’ve cultivated their online content generators around. Marine Le Pen makes a good point that open borders do indeed cause a plethora of issues; but must recognize that discrimination towards migrants is real. There are up to 10 attacks a day on migrants in Germany, as the BBC reported. These are real issues, but rather than entering into a dialogue, the current political landscape makes people retreat into their narratives, and this is the origin of fake news. It is a plague of all generations, of all political creeds, but for us millennials the danger is particularly potent. This risk of totally insulating ourselves from facts we don’t like needs to end before we do any more damage to not just our government, but also our society. Much of this hate crime is borne out of frustration with politicians who insist their constituents have a responsibility to cater to the needs of uninvited foreigners.

Many try to cast fake news as a partisan or (simultaneously) generational issue, yet to put a political shade on an issue that affects us all, is to submit to that very latent ignorance most of us are currently wallowing in. Politicians wag their tongues to the drumbeat of the voters, and Trump’s right-wing-it style led to him make up plenty of falsehoods right on the spot, but ultimately won him the election. Hillary Clinton oftentimes cited facts saying her emails were innocuous, that she had nothing to hide. On further investigation though, she had been smashing cell phones left and right, hiding a private server in her basement, and negotiating foreign payments to the Clinton Foundation in return for State Department meetings. Hardly any more moral than Trump, regardless of whichever social agenda she happens to be pushing at the time (just as long as it gets her votes!). All Trump did in 2016 was recognize this growing online tilt towards narrative over facts, and play the game better before anyone else could catch up, to great effect.

Obama was the first to talk about ‘change’ as something desperately needed through his visceral narratives; but Trump managed to inject steroids into it. He harnessed the burgeoning societal obsession with emotional narrative into perverted political action that delivered the knockout blow; a blow to the idea there was ever any reason to our election cycles. At the end of the day, there are two things that govern the lives of politicians; votes and money. To that end, any tactic will be used so it is best to take everything with a grain of salt and incessantly reassess our specific and hopefully unique opinions, but especially the news content being plopped before our eyes. What constitutes news?

Fake news is a social issue that we will face for years in the future. It is a phenomenon in an age of technology that is on the cusp of fully blooming. We still aren’t finished figuring out what the innovations of the last 25 or so years will mean for our daily lives. In a day and age where a computer connected to the world rests in our pockets, reality bends to our will through open-source content creation and stories can catch fire and propagate through the interwebs, before anyone has even had a chance to look up what the heck a ‘Bowling Green’ is, or Google a picture of the President in a bathrobe.

For the time being, we remained bogged down in re-tweets, shares, and re-blogs as our trusted source of information. These are impossible to verify, and are intentionally designed to grab our attention. Opinions are deeply ingrained, and very rarely subject to change based on the emergence of facts. Actualities that might not be in line with our preconceived notions of what’s right and wrong are tossed out, or if they won’t go away, reconfigured and presented in a fashion that will stroke and soothe our precious collegiate egos and ‘moral’ political leanings. 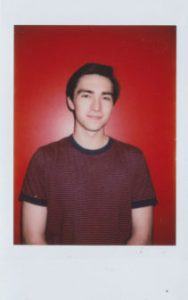