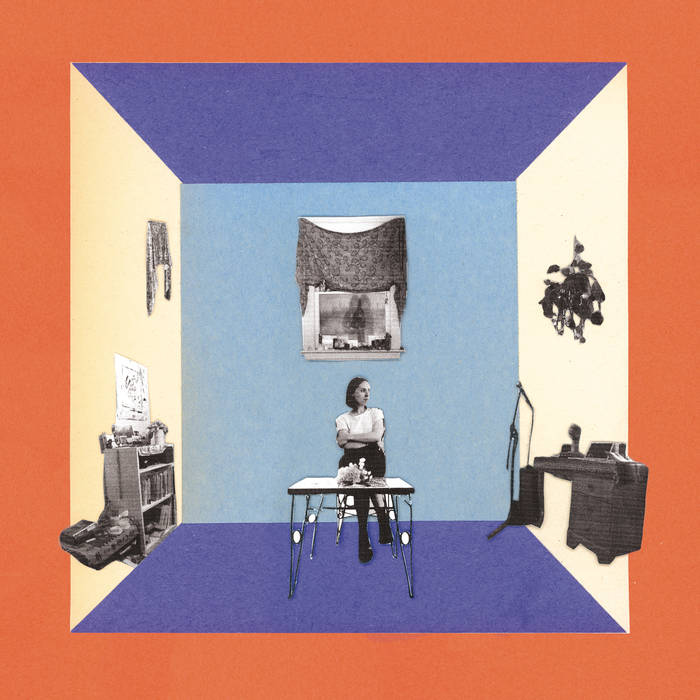 Wildly Idle (Humble Before The Void) is the debut studio album from New York multi-instrumentalist singer-songwriter Meg Duffy, under the moniker of Hand Habits. As a whole, the record can be characterized as droning bedroom pop rock, very intentionally detailed, while managing to be simultaneously both organic and ethereal. The recording setup is apparent; the clicks of a metronome and whirl of a computer can be heard at one point during the sixth track, and this inclusion only adds to the carefully constructed atmosphere of the song. Piano chords and synth ambiance are scattered across the musical landscape, while strummed acoustic guitar chords and waving arpeggio chords on electric guitar with much reverb typically build the backbone of songs. The rhythm section is quite simple yet effective; the drum set mostly consists of snare, a cymbal, and occasional kick and maracas, laying down basic beats, as the laid-back bass provides the foundation for each chord. General ambiance and reversed guitar streaks are often employed, to contribute to the wash of sound. Notably, the “scenes” on the album, tracks 3, 7, and 10, consist of short individual poems read by their respective authors, set to a backdrop of progressively blurred and glitched guitar/synth ambiance. The voices are difficult to distinguish, as they have been chopped up and distorted, but the point of each gets across and adds to the album’s overarching messages of solitary, simple life, finding intimate adventure in the fleeting beauty in navigating human relationships with one another and the world. Duffy’s voice is haunting and matter-of-fact, never appearing bitter, rather looking towards the future with a quiet optimism. In my personal opinion, the standout track is the eighth, “Sun Beholds Me,” which was also released as a single on Bandcamp, for its delicate swirls of acoustics gently building emotional intensity in such a natural manner, with lovely, relatable lyrics. The first track, “Flower Glass,” was a single as well, and is a highlight on the album, especially due to its themes and wordplay: the title “Flower Glass” being a portmanteau of ‘flower’ and ‘hourglass.’ In total, true to its name, this record provides a wonderfully cohesive snapshot of humility before a great, incomprehensible void, recognizing its limitations while adding the little accentuating details which can elevate a simple soundscape to near-perfection.