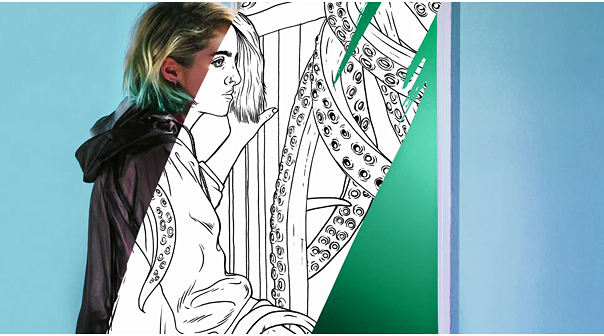 Nothing’s Real is the debut album from UK singer Shura. The title track is an account of a very real panic attack triggered by the success of her first single, “Touch”, that landed the singer in a hospital with the doctor’s telling her there wasn’t really any medical basis for her condition. This produced the track “Nothing is Real” and the rest of the album sort of followed suit.

Shura herself has said she takes a lot of inspiration from 80s artists such as Madonna, Janet Jackson, and Prince. This is easily proven as her music is reminiscent of 80s pop and electronica, and her lyrics cut right to the core. Take “2shy” for example. Where other artists sing about being too shy to talk to or connect with someone as a desirable trait, Shura sings about it as shameful and something that needs to be fixed. Her lyrics don’t beat around the bush and get straight to the question. In “What’s it Gonna Be,” she sings about how she doesn’t want to give up her partner, but she’ll do whatever’s necessary so her time isn’t wasted on something that isn’t ever going to move forward. Shura’s album Nothing’s Real is a modern spin on 80s pop, and everybody should turn their attention to her to see what she’ll do in the future because whatever it is, we can expect something great.