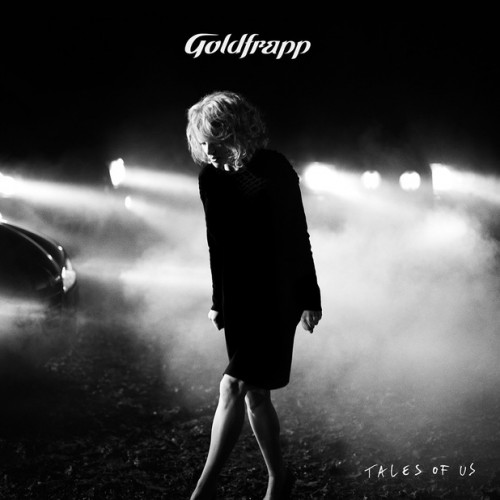 Goldfrapp
Tales of Us
Mute
Those used to Goldfrapp’s dancey disco-synth pop will be surprised by their sixth album, Tales of Us. For a band that, in their 14 year career, has been jumping from trip-hop to glam synth to downtempo, perhaps changes in pace aren’t all that surprising. This London electronic duo has put together a wistful collection of songs with Alison Goldfrapp’s soulful voice shining through like it belongs on a french pop album. In fact, the track “Stranger” may as well be on a lounge-y, heavy-lidded French film soundtrack. They’ve got an Air-channeling trip-hop vibe going on, the track “Awar” comes close to sounding like the Cocteau Twins, complete with dazed dream-poppy guitar lines. “Thea” is probably the synthiest track, though it’s too filled with yearning to make anyone want to dance. There’s nothing akin to the sexy electroclashy “Strict Machine” days here. You don’t play this on the dance floor, you play this in the smoky clubs of neo-noir films. – Brett Bennett

The Reptilian
Low Health
Count Your Lucky Stars Records
This Michigan band brings us a treat of an album that’s likely to resonate with many a college student. Instrumentally, this album largely falls under math rock, with the characteristically airy guitars strumming along with the drums to atypical rhythms. The vocals however are more intense, with heavy-shouted lyrics. It’s very melodic and really hypnotizes you into rocking along to the tune. The first track, “Pan (Sucks),” and the fourth track, “Sam Haircut,” start easy and grow into an energetic punk sound. Track six, “Kief Puck,” is a rollicking track with an atmospheric, ethereal touch and the ninth track, “Cooler by the Lake,” is pleasantly fast-paced and edgy. Low Health is brimming with nostalgia and the solidarity between friends. It’s visible in the collage of friends that makes up the album cover and it’s audible in the simultaneously exultant and frustrated tone of the music. At the same time, these songs reject and long for the feeling of a hometown, which is the kind of contradiction that tends to define this period of life in our early twenties. This album should be a joy for anyone in this transitory time, or who is just in the mood for a fun punk record. – Rafael Varela

John Wizards
John Wizards
Planet Mu
Cape Town-based John Wizards’ eponymous debut album opens with something reminiscent of a carnival melody for a reason, this album is a sonic funhouse. The influences here cover a remarkable swath of the global musical landscape. Sounds and styles from all over Africa are used but reggae, hip-hop and synth-pop tracks still dot the album’s landscape. There are tracks in both English and the Rwandan language of Kinyarwanda as John Withers and Emmanuel Nzaramba trade vocals back-and-forth. It’s a shame John Wizards wasn’t released earlier in the summer, the eclectic musical style and short length of the tracks really make it a fun and entertaining album. – Felix Jovel