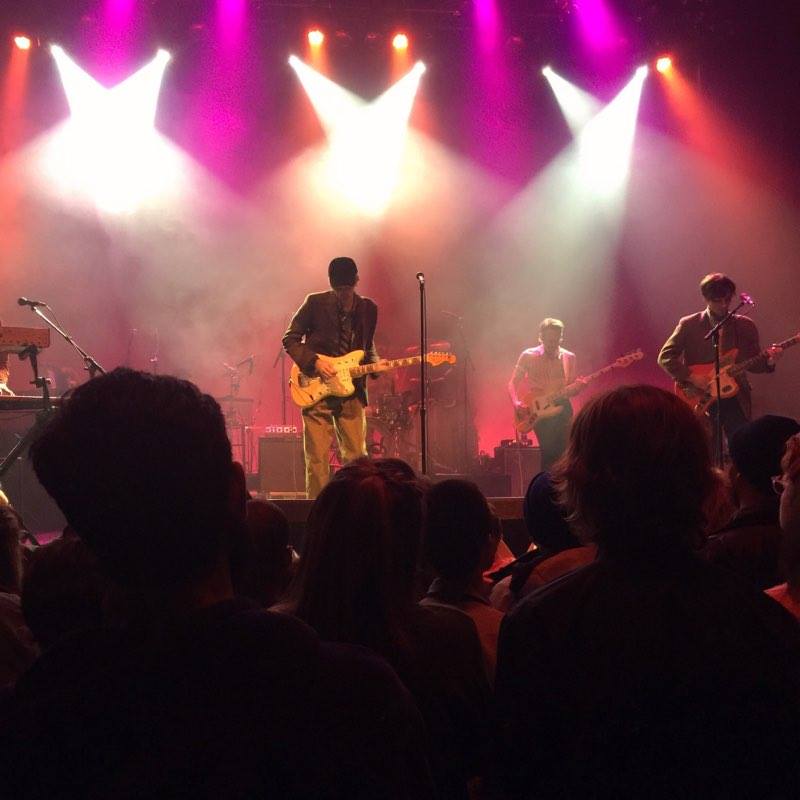 Self-described “ambient punk” group Deerhunter swung by the Georgia Theatre last night to kick off their winter tour. The group formed in Atlanta, but frontman and principal songwriter Bradford Cox hails from Athens. They were met with open arms and a nearly full house, with Cox’s mother and two aunts watching contentedly from the side of the crowd. Much of their tour has Deerhunter opening for Kings of Leon in packed arenas, but they’re headliners here in Athens, with Atlanta group Jock Gang and New York-based Palm opening.

The stage was packed. Their lineup featured the original four members of the group: Cox as lead vocals and a few supporting instruments; Moses Archuleta on drums; Lockett Pundt on lead guitar; and Josh Mckay on bass, plus two new members who joined when recording their 2016 album Fading Frontier: Javier Morales on keyboard/synthesizer (along with a fun saxophone solo); and Rhasaan Manning on various percussion instruments (his work on the congas was potentially the most impressive performance of the night).

The highlight of the show was the setlist. It’s always refreshing to see a group like Deerhunter perform when they’re not promoting a new album. Instead of a bulk of new songs, they played hit after hit from at least four of their seven albums, along with some deep cuts from years ago that I never would have expected to see live – including 5 songs from their 2008 album Microcastle(!)

They opened the with the two intro songs from Microcastle, “Cover Me (Slowly)” and “Agoraphobia” (and thank god they did both – the two are inextricably linked). They closed the show with an encore (sans Morales and Manning) of Microcastle’s cathartic closer “Twilight at Carbon Lake” and it’s timeless single “Nothing Ever Happened,” which they stretched out into a 10+ minute breakdown, with McKay heroically repeating that classic bassline over and over again.

Cox appeared in his typical baggy clothes, this time a brown, wrinkly button down with a loose tie, proclaiming that he was going for a “1940’s reporter look.” Before going into “Helicopter,” the popular single from Deerhunter’s 2010 album Halcyon Digest, Cox shouted out David Barbe and the Barbe family, better known as the man behind the board at Chase Park Transduction recording studios in Athens. Barbe recorded and engineered all but one song on Halcyon Digest, and, though it was dark, I’m fairly certain I saw him dancing his heart out at the front of the crowd for much of the show.

Also from Halcyon Digest, they brought out “Revival” and the 6-minute classic “Desire Lines,” one of just a few songs in their catalogue with Pundt as songwriter and vocalist. At times they felt a bit under-rehearsed, mostly on older songs like “Desire Lines,” which came with a couple of hiccups in the solo and a clunky transition. But, it was ultimately endearing, especially in their pre-encore closer, “Never Stops,” from Microcastle – a song Cox claims they hadn’t played in “5 or 6 years” that was “a Christmas gift to Athens” (and my personal favorite off Microcastle.)

Deerhunter continue their tonight with Palm at the Bijou Theatre in Knoxville, TN, and begin their tour with Kings of Leon tomorrow in National Harbor, MD. 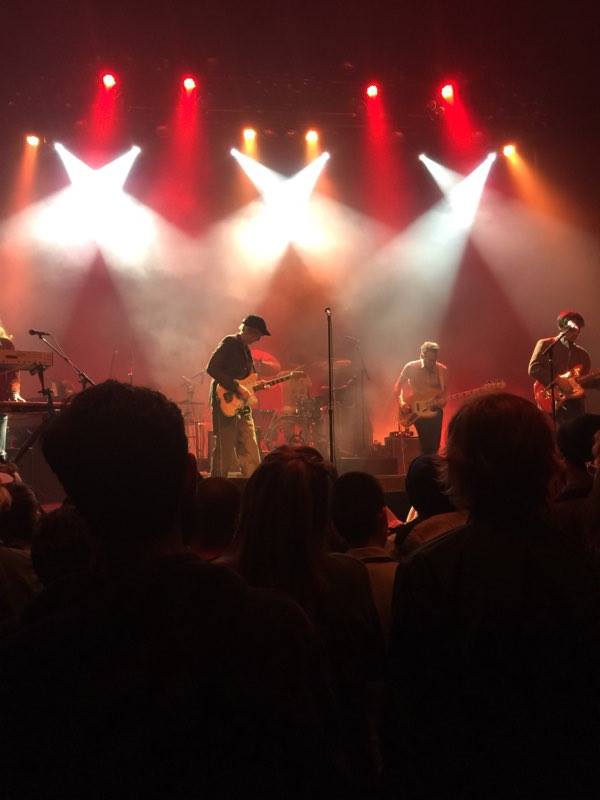