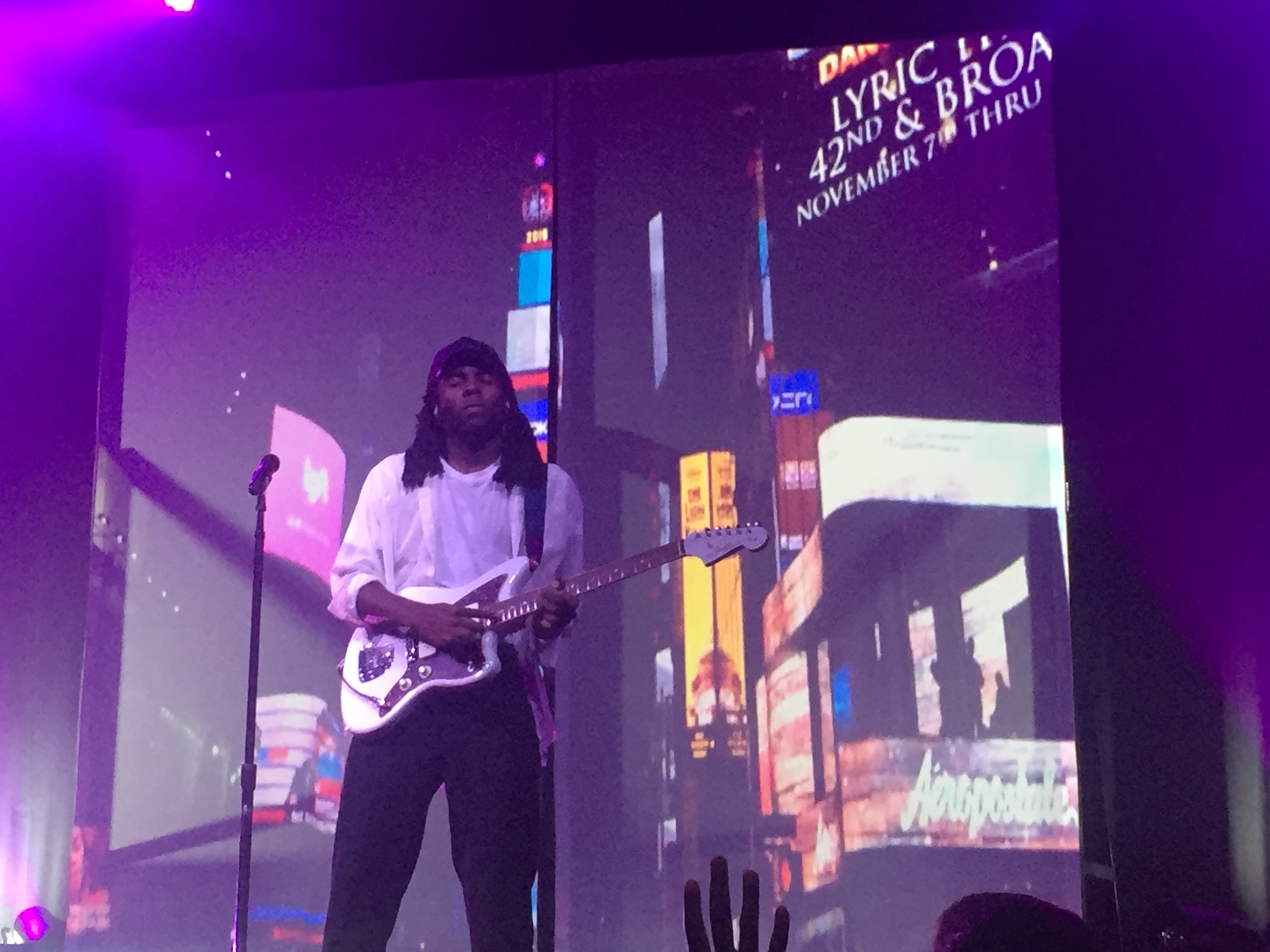 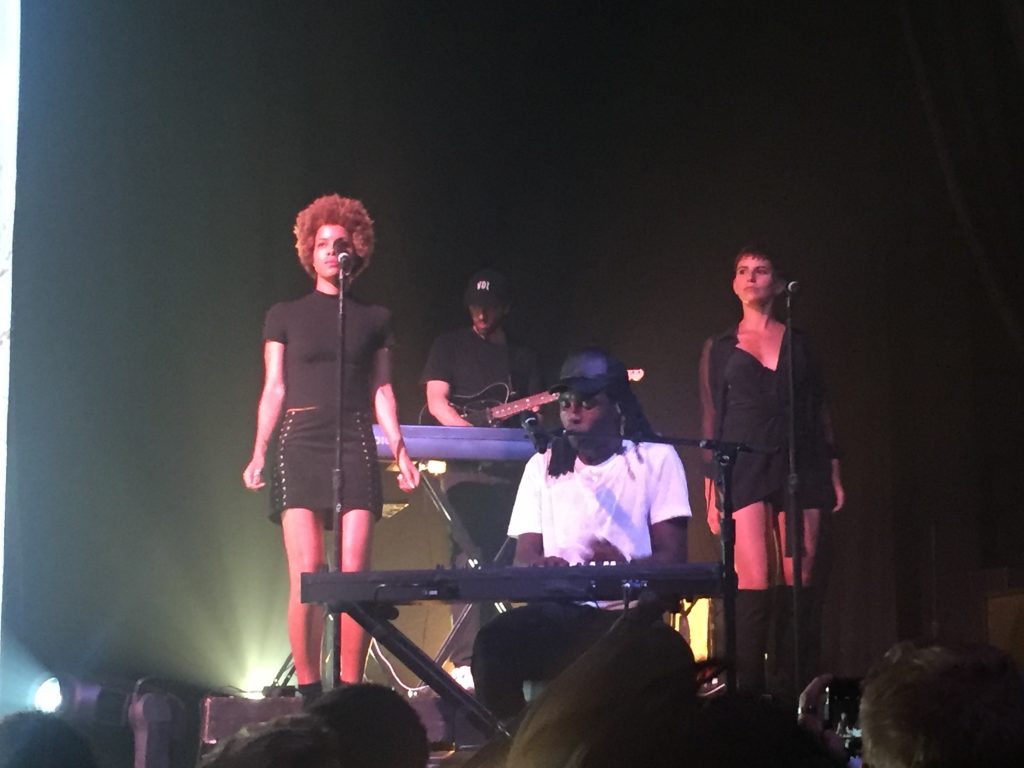 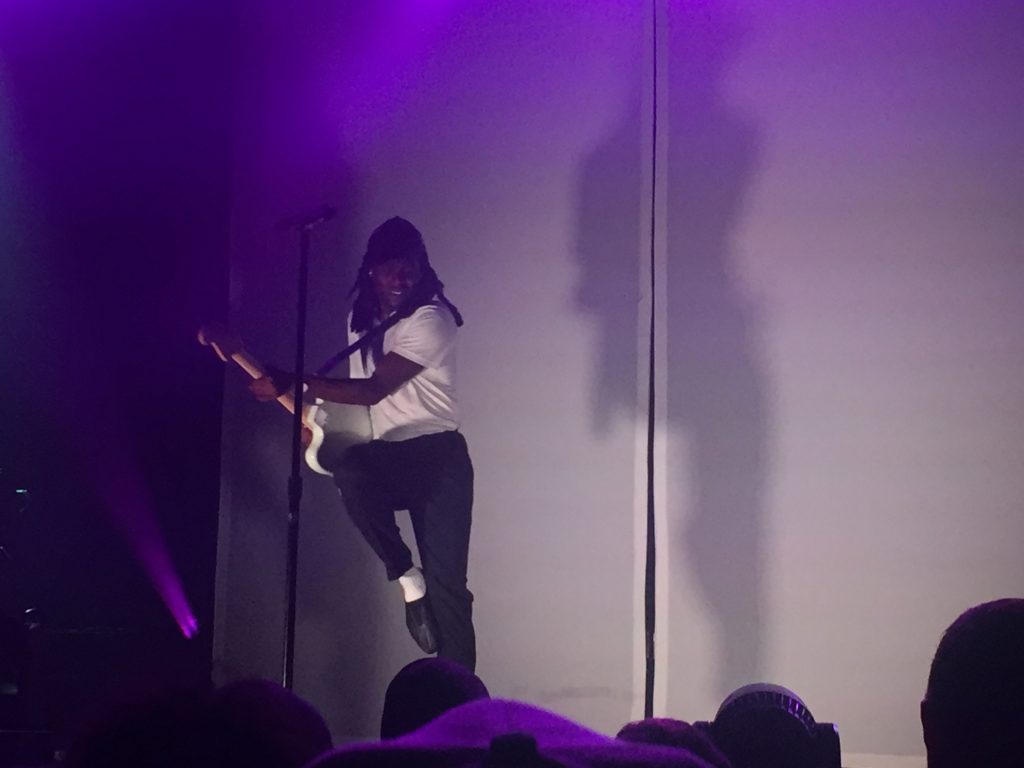 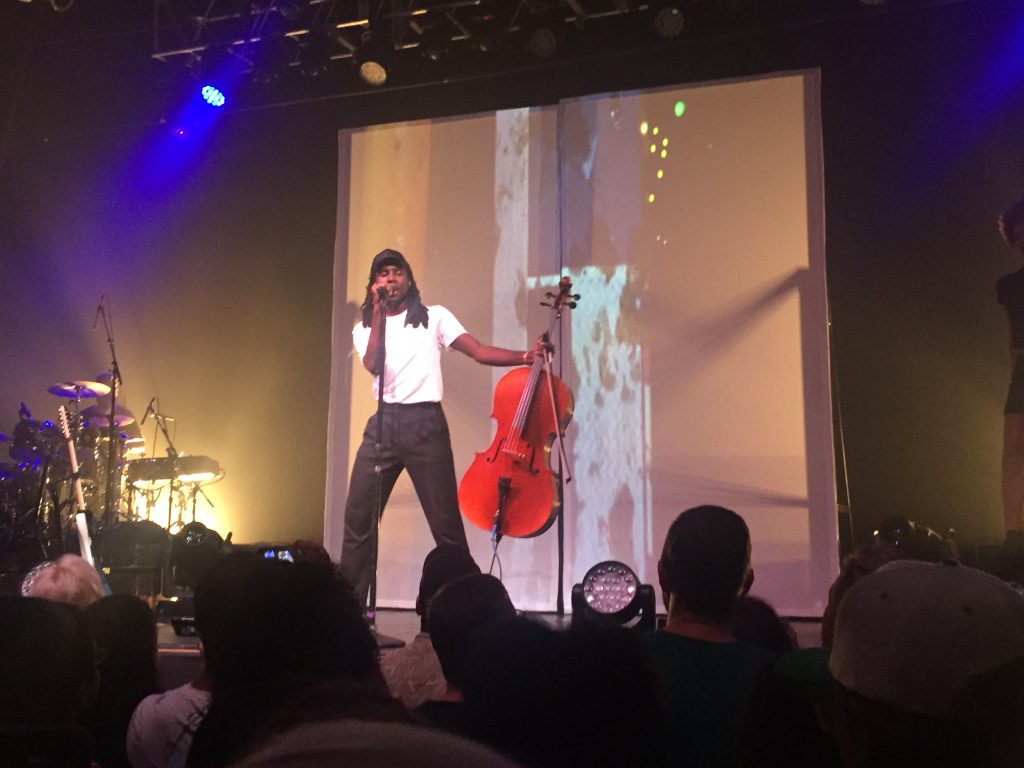 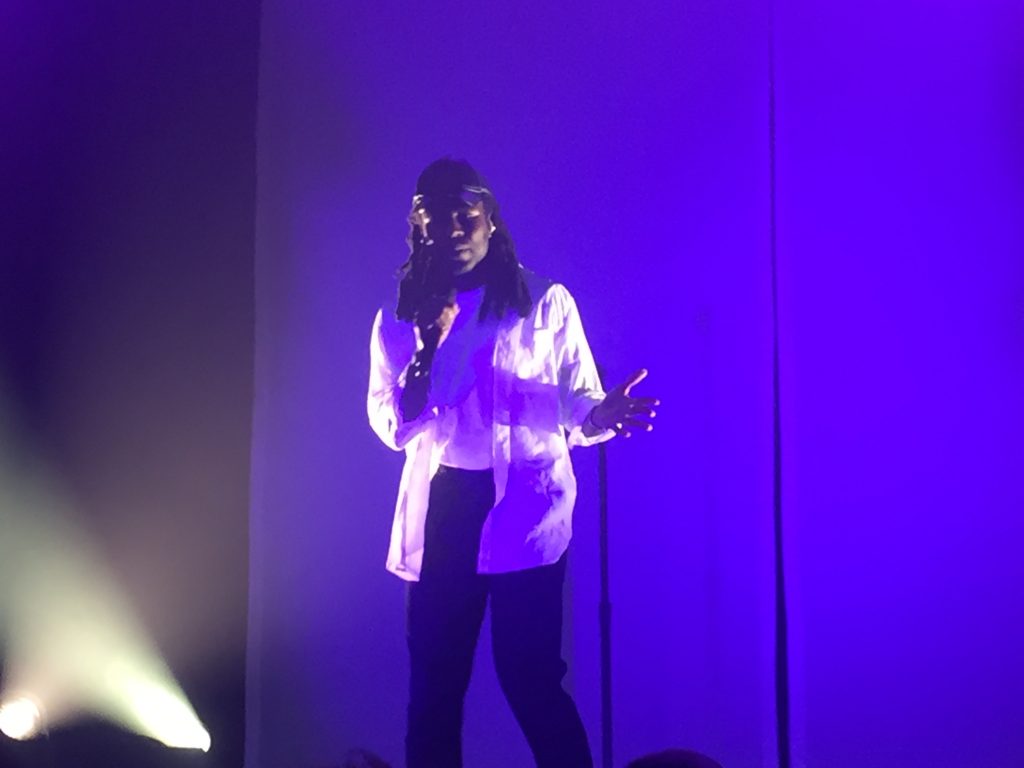 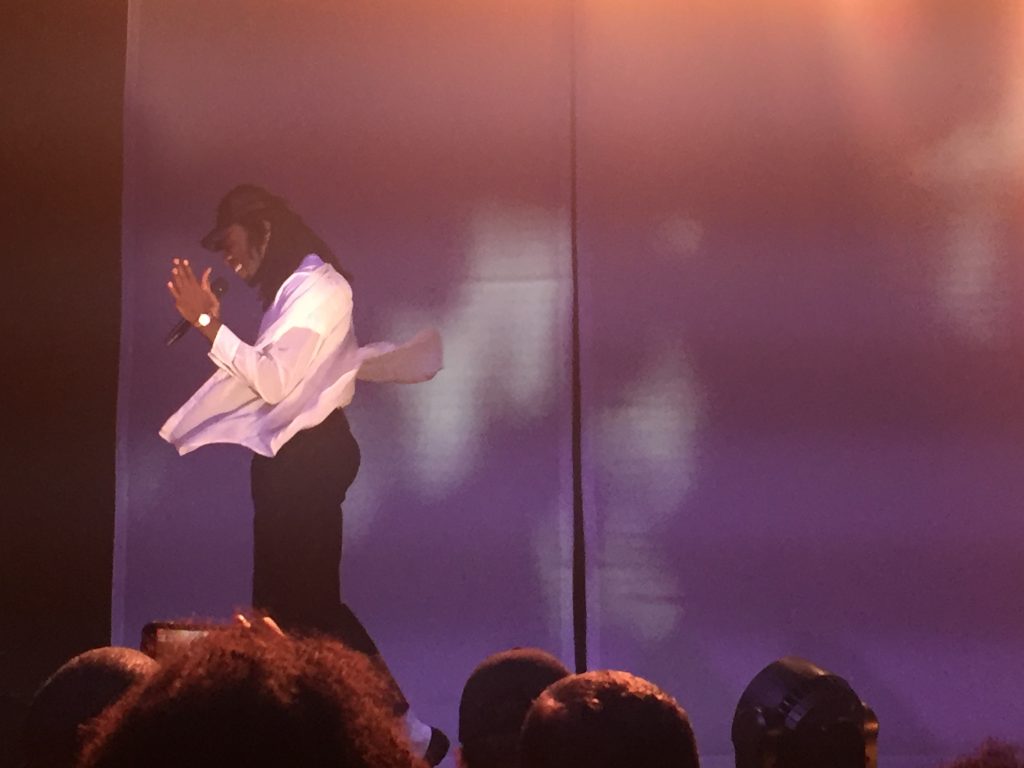 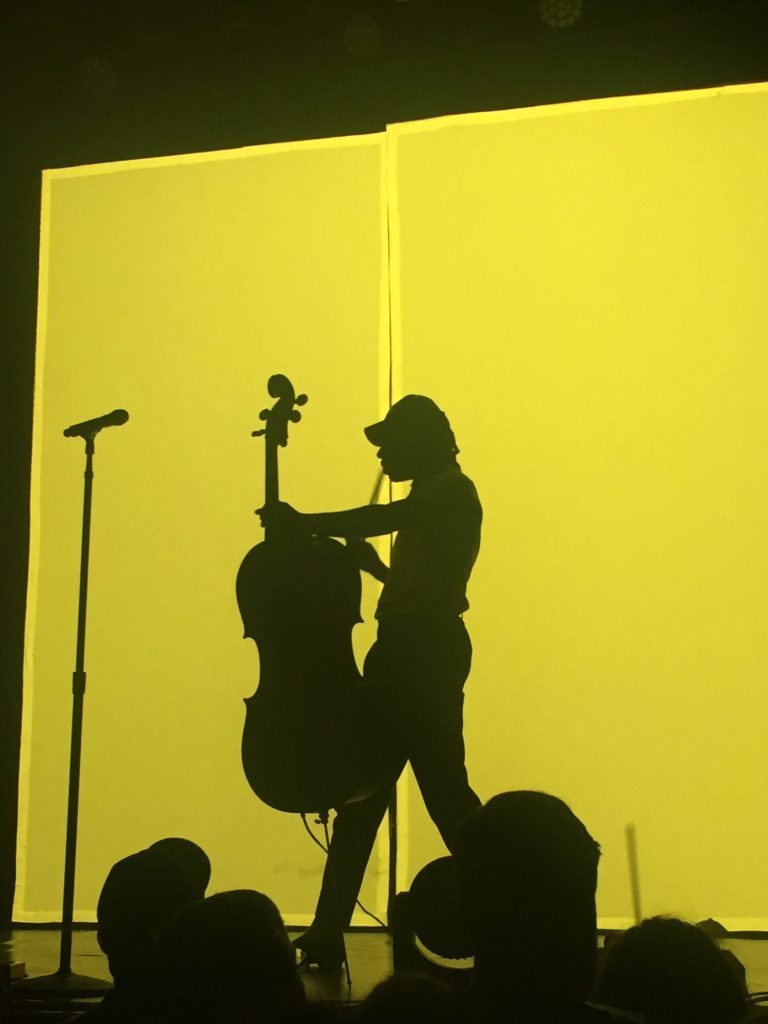 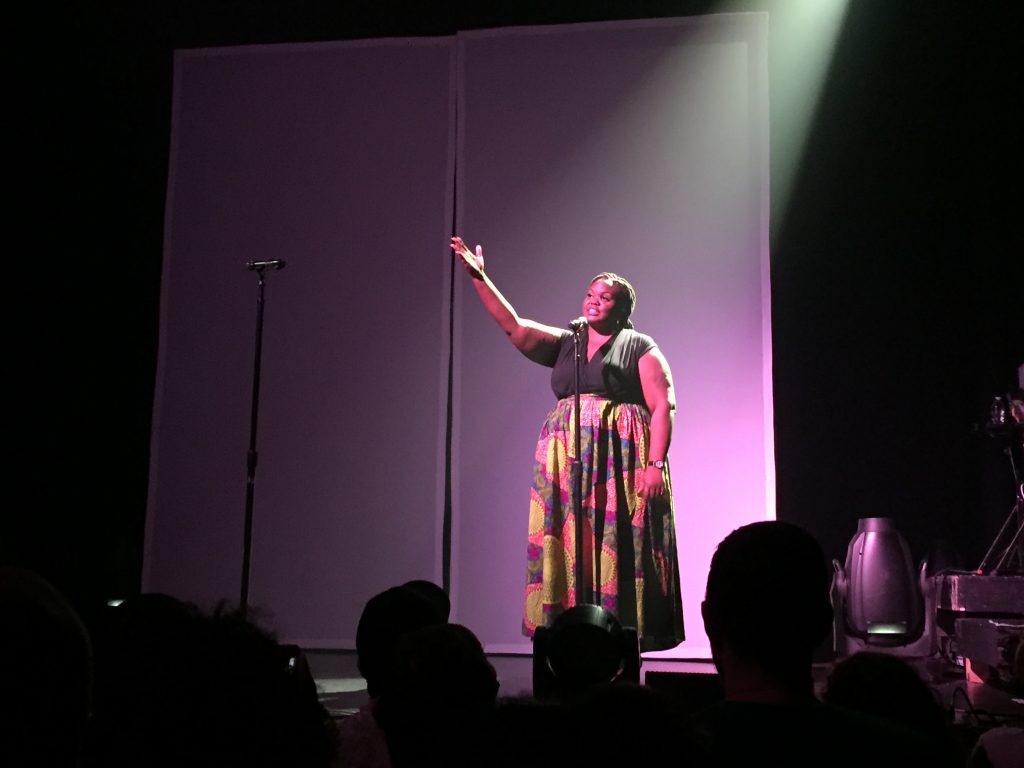 There’s an alluring, cinematic quality to Blood Orange. His newest record, Freetown Sound, mixes spoken word and readings between his unique blend of jazz, pop, and soul. The album pulses with intimacy and flows with memories of personal experiences. This politically-driven, but danceable woven soundscape proved to be an emotional experience for listeners. So, when he announced a show at Atlanta’s Center Stage, I knew I had to go.

When she finished, Dev Hynes, his four-piece backing band (sax, bass, drums, keyboard) and two back-up vocalists emerged from backstage. Hynes took a seat at the keyboard to finish “By Ourselves,” and then jumped up to twirl and spin to “Augustine.” Clad in a minimalist outfit of a white button-up and black trousers and framed by a gigantic projected video of bustling New York, Hynes delivered a dynamic performance that elevated the theatrical emotion of each Freetown Sound track.

Hynes’ intriguing dances and the busy footage projected behind him gave the performance great movement that had the crowd swinging their hips. I was worried about how large the venue was, but it gave the crowd enough space to dance. There were people scattered throughout the amphitheater style seating in the back of the venue dancing in the rows, and Hynes would call out to them throughout the show. There were a few sound mixing issues throughout the performance, but the venue actually worked really well with the airy vibe of Blood Orange’s music.

Hynes ended with a funk-driven jam session on his white electric guitar. As he was leaving, he snagged a gifted red rose from the audience and danced off stage. Like his recorded music, the performance felt monumental and special. Watching Dev Hynes build emotion to danceable crescendos gave me that type of feeling that only comes from watching something larger than yourself.