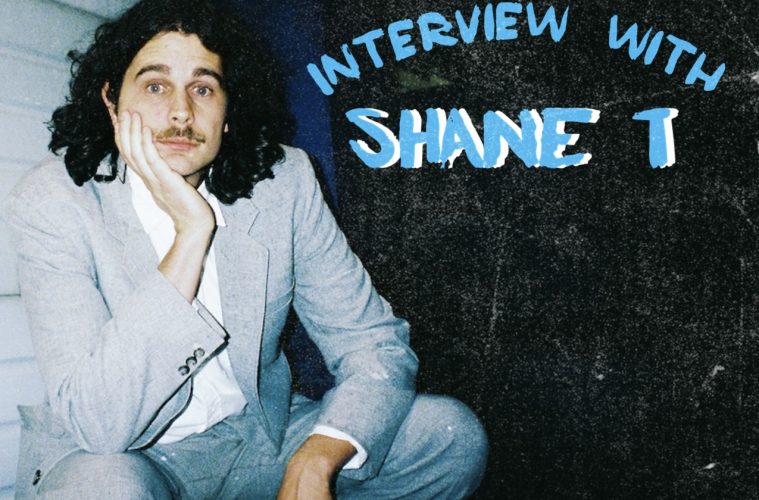 In his brand new EP, Night Drive, New York City-based artist Shane T combines the classic sounds of acoustic and electric guitars with the rise and falls of stomping bass lines, drum loops, and soaring, raw vocals to create a dreamy, electrifying soundscape. The EP explores heavy emotions like turning the page on a new chapter of life, reflecting on past beliefs, and living life to the fullest, but is still up-beat, fun, and even danceable.

Shane Toriscelli, who performs under the moniker ‘Shane T,’ has always known that he was going to be a musician. He first started learning how to play guitar at an early age at the insistence of his father, he explains, and since then, music has pretty much been the center of his life.

“My dad was really into classic rock, and I wanted to be Jimmy Page,” he says. “I started taking lessons and my dad would be like, ‘Oh, if you learn how to play this song we’ll go get a milkshake.”

Toriscelli was born and raised in Florida, but he’s been writing and performing music across the Southeast, and recently relocated to New York City. He first fell in love with playing music with friends while in a pop-punk group that specialized in covers of songs by bands like Blink-182. It was here that he says his affinity for writing and performing music turned into something like an addiction.

“I don’t feel like I have an option to not do it,” he says, “It’s the thing that I always go back to, even if what I like to do changes.”

Toriscelli later went on to attend the University of Georgia, and it was during his time in Athens that he said he first got his start in the music industry. He played shows at the Georgia Theatre Rooftop and gained experience with the guidance of people like David Barbe, the director of UGA’s music business program, and Matt Martin, who plays bass for the bands Wanderwild and Coin and helped Toriscelli produce the EP.

“I just think that the overall positivity and encouragement from everyone in the Athens music scene really helped me out. Having that kind of environment to kind of develop artistically… it was just amazing.”

After Athens, Toriscelli moved up to Nashville, where he wrote and recorded his newest EP, Night Drive. He credits Nashville for the EP’s “heavier rock” influence that he picked up while touring with other indie bands, but his lyrics are focused around his desire to move to New York.

This theme of moving forwards and experiencing something new is expressed in lyrics like “Hey, you know that time moves fast/ so grab the keys and/ don’t ever look back,” from the titular track, but the EP also expresses a lot of Toriscelli’s thoughts on religion and taking a step back from the church in the song “Deeper,” which has been persistent theme throughout all of Shane T’s discography.

And while Toriscelli realizes that his lyrics might seem controversial, he doesn’t want to scare away listeners and hopes that he can get his messages across by keeping his lyrics light-hearted. He does this by taking inspiration from songwriters like Bob Dylan, who’s songs seem joking and easy-going on the surface, but are still heavy-hitting.

“I like to think that I’m not an immediate turnoff for people that are still religious. If I’m going to talk about these things, I don’t want to hit somebody over the head and be like ‘Oh, religion is stupid,’ I want people to be able to listen to it.”

Toriscelli is currently on a national tour with Ritt Momney (of “Put Your Records On” TikTok fame) and Hannah Jadagu.