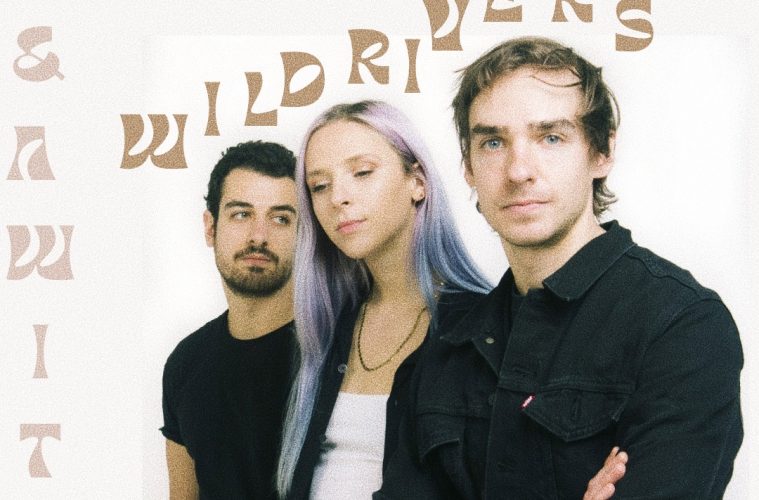 The band Wild Rivers combines a soft sound and honest lyrics to make music that is so deeply relatable, you start to question whether they had somehow read your thoughts while they were writing their songs. The band is made up of members Khalid Yassein (lead singer, writer), Devan Glover (lead singer, writer), and Andrew Oliver (guitar and “lots of other things”), “three people who are really passionate about music, and really lucky that [they’re] great friends too”, according to Yassein.

Glover and Yassein met while in college and decided to start a band, even though neither was studying music in school. Originally the band was just named after the two of them, although eventually they added Oliver and renamed the band. Yassein recalls that the name “Wild Rivers” was originally pretty random, and they all decided on the name in a Subway sandwich shop the day before a gig. However, the name became more meaningful after they found a poem by Gregory Orr titled “The River” that contains the line “we’d learn by plunging into the wild river”.

The name of the band became an even bigger metaphor once the band got their first record deal coming out of college. Yassein stated that none of the members had planned to take music seriously, and that releasing a new record felt like a big leap of faith.

Now the band is 6 years beyond their first record, and has just released another album, titled “Sidelines”. Yassein says that the album was born out of the feeling of being in your mid-to late 20’s, and “[feeling] like we should know what’s going on a lot better than we do”. It’s about watching your life pass you by on the sidelines. He said that it’s a weird time, and that none of the band members knew exactly where they were supposed to be. The album title was also partly inspired by the band being sidelined for the past two years due to COVID-19. However, they are excited to be back on the road, and Yassein says the band is really looking forward to playing in cities like Asheville, NC and Asbury Park, NJ (a place where Bruce Springsteen played a lot of live music).

When asked about his favorite song off of “Sidelines”, Yassein decided that it had to be “Bedrock”, although that is just at the current moment, and it does keep changing. He notes that the song was produced by Peter Katis, who helped to create the anthemic sound that makes the track so notable. Yassein also noted that this song has a few darker themes than most on the record and deals with depression and feeling like you’re on your last leg. However, he did also say that it is still a fun song to play throughout the tour.

Another song that the band really enjoys to play live is “I Do”, a bonus track of off their EP “Songs to Break up to”. The song was written and released before the rest of the EP, but the band realized that the song fit with the other songs on “Songs to Break up to” and decided to release it again with the EP. Yassein said that “I Do” was one of the first songs he wrote with his friend Robyn Dell’Unto. “I Do” was inspired just by the general feeling of a breakup, and Yassein noted that this session of writing produced lyrics that were written in a very personal way. He said that they were writing things that “feel real and casual while also being lyrics and art. If that doesn’t sound too pretentious”.

In addition to their honest and relatable lyrics, Wild Rivers is also known for their folksy and acoustic sound. You may be surprised to know that as a kid, Yassein went through an “angsty/stoner band” phase, and definitely listened to “not-cool music until later in life”. When he was younger, Yassein listened to bands like Third Eye Blind, Nirvana, and Sublime. He still has a soft spot for them, but as he has gotten older, he’s gotten more into folk. He shared that all of the members in the band are fans of artists such as The Beatles, Paul Simon, and Neil Young. They may take some inspiration from these artists, but what’s most important to the members of the band when creating their sound is that they can sit down with an acoustic guitar and make music. They really want to make sure that they are using instruments in the songs they release, as they want to have old fashioned music in the new music age.

When asked if he had anything to say to the students in WUOG or people in Athens in general, Yassein said that we are getting to see the band at a very fun time. He said that the band is playing the best that they’ve ever played, and that there are a lot of “silly and dumb moments between the band” while they are performing. He said we are catching them at a really fun time, and that we get to see them have an amazing time on stage. Wild Rivers’ new album “Sidelines” is out now.