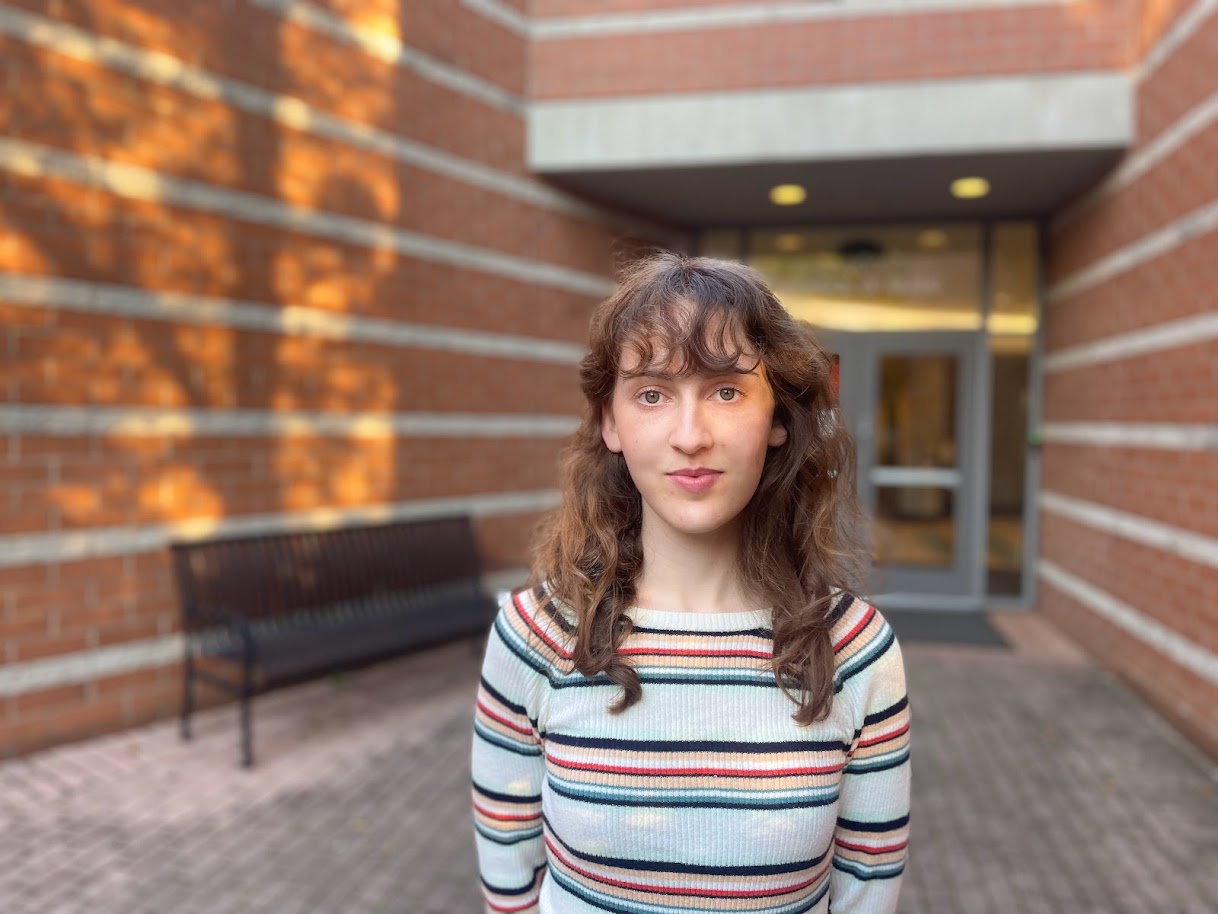 In the summer of 2018, Mary Margaret Cozart had just graduated from high school and was preparing to leave her home in Dunwoody, Georgia, to begin her first year of college at the University of Georgia. One night in July, she went to see her musical idols, the Punch Brothers, perform at the Tabernacle in Atlanta, Georgia.

“Hearing their songs in that room for the first time in person was one of the most magical things. It was transcendental,” Cozart said.

However, the opening act, Madison Cunningham, would be the one that would inspire her to study music more seriously.

“I saw Madison get out there on stage just by herself and I was like, she looks so young, but she totally killed it,” she said.

It was this moment that motivated her to master the guitar.

“It’s troublesome because I don’t want to be just another Madison Cunningham. I hope it doesn’t seem like I’m copying her style. I want my own voice,” she said.

“I don’t really come from a very musical family,” she said.

Cozart took piano lessons for six years, dabbled in both ukulele and banjo, and began experimenting with guitar when she was in seventh grade, where she truly found her niche.

“I basically taught myself guitar by writing songs. I would pick out chords that I found online, and then just incorporate them into songs that I wrote,” she said.

Her high school exposed her to music classes, which ultimately led her to pursue a minor in classical guitar at UGA, alongside her major in geography and certificate in music business.

In spring 2019, she took a songwriting class where she met Liz Farrell. This led them to form the band Common Currents and begin performing around Athens.

“It was so nice because it’s kind of intimidating to try and enter the music scene on your own, and it was really awesome to do it with your best friend and have that confidence boost from one another,” she said.

She expressed that while she was lucky to have Farrell by her side, entering the music scene as a woman does have its struggles.

“When I first started out, I was aware of the tropes of being a woman in the music industry, and I was like, oh, well, this isn’t so bad,” Cozart said. “But I feel like that was a very naive perspective, because I just didn’t have as much experience as I do now.”

She expressed that “it’s just hard to deal with feeling like men have to legitimize what you do, and I don’t want to feed into that.”

Cozart is now beginning to embark on a solo career.

“I felt like it was just an important step to kind of focus my energy on one musical thing instead of trying to balance both because I felt like I was competing with my solo project and Common Currents for gigs,” she said.

Her decision to work independently was a “good stopping point to try and refocus and see where that takes me because I know I can always depend on my own music,” she said.

Cozart said that Farrell is still a close friend and that they will “always be musical collaborators for sure.”

In May, Cozart released her first solo EP, “Emerald City.”

The fantasy inspired title of the folk-rock release came to Cozart when she “made the connection of Dorothy realizing that the Emerald City is just a facade from Oz, the guy and man behind the curtain. I was just thinking how a lot of people kind of came to the realization of society’s ills when the pandemic started,” she said.

As a result, Cozart said that the songs chosen for this EP were those that “reflected the theme of dealing with crisis.”

Farrell said that Cozart’s songwriting is unique because she is “very detail oriented and very intentional, and genuine, and that definitely comes across in her music.”

Cozart will graduate from the University of Georgia in the spring and is unsure of where she will go after college. “[Athens] is so homey to me. It’s comforting, but I feel like it’s a bubble,” she said.

“I definitely want to explore other places because I have been in Georgia my whole life, and I’ve always had the goal of wanting to get out, but I don’t know where that would be,” she said.

Although her future may not be known, she said that she is confident that she “will always be pursuing music in some project or another.”