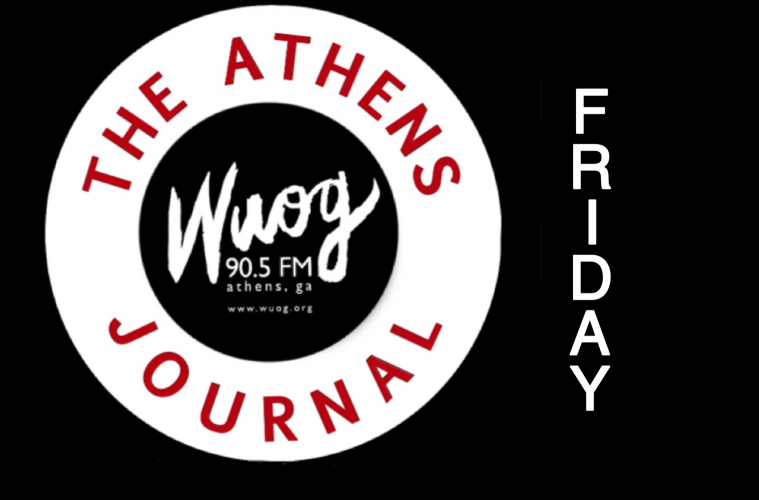 The Friday Show: Updates on the coronavirus, a look at Governor Kemp’s announcement and more

For Friday’s show, Jordan Stevenson opened campus news regarding COVID-19. Despite the uncertain times created by the Coronavirus pandemic, officials at UGA are working hard back on campus to try and alleviate some financial stress put upon students, both graduate and undergraduate. Two emergency funds have been established by UGA President Jere W. Morehead pledging thousands of dollars to students facing financial pressures.

“At this time, the leaders of our Foundation and I agree that we need to apply these resources to help ensure the welfare of our students in need,” Morehead said in a statement from UGAToday.

According to UGA Director of Student Financial Aid Anthony Jones, students who express “significant financial need and have exhausted available resources such as student loans” will be first priority.

Additionally, the university is also asking for the generosity of students themselves by donating a portion of their semester refund back to UGA to be distributed to struggling students.

Sarah Train then took over the statewide news and gave an update on Governor Kemp’s shelter in place order. On Thursday, Brian Kemp issued a statewide “shelter in place” order to try and stop the spread of the coronavirus. According to the state Department of Public Health, there are 5,444 confirmed cases in the state and 176 deaths as of Thursday night.

Georgia’s 10.6 million residents will have to prepare before the order takes place this Friday at 6 pm and will continue until April 13th. Georgia residents are being told to stay in their homes unless it is absolutely necessary. These necessities include obtaining groceries, prescriptions, medical equipment, exercise or work if it complies with the restrictions.

With this order, all gyms, theaters, beauty shops, bowling alleys and live performance venues will be closed along with bars and nightclubs, which have already been temporarily closed. Georgians will still be allowed to get takeout or pickup orders from restaurants, although dine-in service is no longer permitted.

Jordan Stevenson then proceeded to report on the need for face masks all around the country. For months, using face masks was not advised to prevent the spread of COVID-19. Now as global infection rates are increasing, this guidance on preventative measures has been readopted.

The White House is recommending that everyone wear the masks in public even if they are asymptomatic. According to The New York Times, social distancing remains the best method to slow the spread and “nearly four billion people – half of humanity – found themselves under some sort of order to stay in their homes.”

Access to these masks have become very limited due to high demand, creating a shortage that cannot meet the recommendations from our Capitol. The New York Times reports that Home Depot has halted sales of N95 face masks in order to give to those “on the frontlines of the coronavirus emergency response.”

Sarah Train reported on the latest international news, which included an update on how Britain is responding to the coronavirus. On Wednesday, Prime Minister Boris Johnson addressed the British people while in isolation after testing positive for the coronavirus. He was quick to address the country’s lack of testing and said that is how Britain will unlock the “coronavirus puzzle.”

Britain’s health secretary, Matt Hancock, who just emerged from isolation himself after contracting COVID-19, promised that there would be 100,000 tests administered per day day by the end of April.

The British government has been facing criticism from the public for failing to recognize the importance of testing. So far, Britain has only conducted 163,194 tests, while countries like Germany have administered over 900,000 tests. According to the New York Times, the government’s reaction time has left Britain with an undersupplied and poorly coordinated testing program that has reached only a fraction of the people tested in countries like Germany or South Korea.

Health secretary Matt Hancock said the British government is now working with private companies to supply tests and said their ultimate goal is to allow anyone who needs or wants a test to have one.