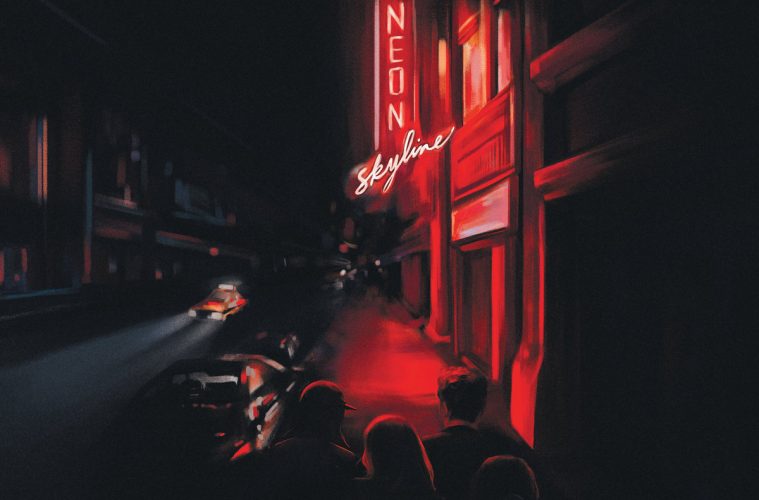 Andy Shauf’s Neon Skyline is a profoundly interesting concept album that sounds like it shouldn’t work. It’s an album following the events of running into an ex-girlfriend at a bar. Although that description may raise some flags, the album is well executed and doesn’t feel repetitive narratively over eleven tracks. Shauf wrote this album following a personal experience which inspired over fifty songs for this project, as reported by NPR’s All Music Considered. This album was an enjoyable listen, heavy on brass, guitar, and drums with simple aethereal vocal harmonies.

The first and title track “Neon Skyline” opens with dissonant chords that resolve into the beginning of an enjoyable verse beginning the narration of a night on the town. The song gives up traditional structure to tell the story of meeting friends at a bar where the inciting incidents occur. The song itself is very enjoyable, on every listen I started with the first track to ensure that I could hear at least this track.

The third track “Clove Cigarette” is a little more somber with mellow verses. The track occurs after the narrator makes contact with their ex-girlfriend across the bar. It captures a bit of the chaos with an unusual progression through the chorus that emphasizes the social taboo of seeing someone who used to know you intimately and is now distanced from you.

The fifth track “Things I Do” repeats a simple melody that becomes repetitive but adds to the theme of the album as the overthinking narrators continues. The chorus focuses on a layered chorus that bemoans the “things I do” that push away intimate partners. The track follows the same instrumentation tropes as the rest of the album, and while you might wonder if it gets old by the end of the album, it truly doesn’t.

Altogether, this album is a genuine-feeling album that doesn’t give off any scorned or negative energy but encapsulates the anxiety of being forced to experience memories of a close friend or partner against your own will. Andy Shauf brings together an authentic-feeling narrative driven album of a bad night on the town, and many many Athenians can relate.