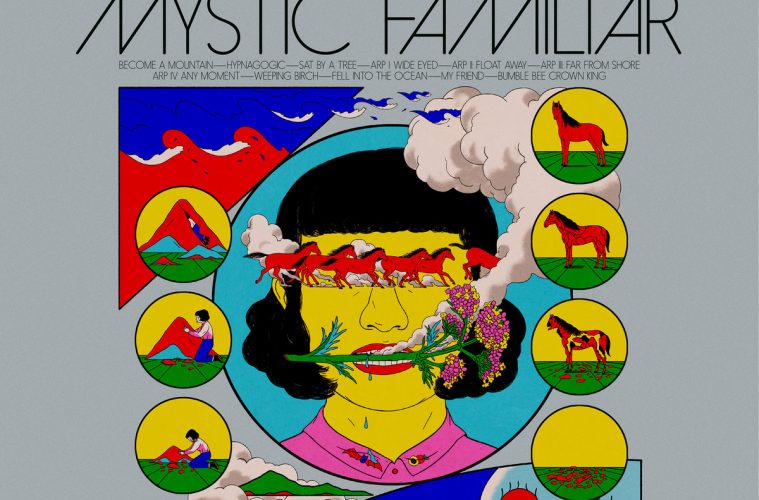 The lines between songwriting, lyricism, and composition often get blurred by the undiscerning ears of a modern audience. Where the popular songs of today, even among those who favor the independents, can sound similar to one another- monotonous, even- the signature music we associate with the eighteenth century: Mozart, Beethoven, Bach, encompasses pieces that not only sound distinctive from one another but transcended mere listening and assimilate into the collective human understanding. The difference: the former are written and the latter are composed. Songwriting and lyricism are taken hand in hand, but composition can be either. “Toccata and Fugue in D Minor” is purely instrumental, and it was composed; hymns are purely lyrical, and they were composed. Dan Deacon’s Mystic Familiar is a composition, blending both songwriting and lyricism, of modern, electronic proportions.

Mr. Deacon’s fifth solo studio album is a powerful locomotive, the conductor of which stands bearing a standard proud atop the pilot, singing lyrics that have their own pace independent of the barreling instrumentals that constitute the engine. The album opens with the enrapturing keys of “Become a Mountain,” as it charges forth from Terminus and onto the rails it makes for itself. A brief moment of serene surrounds and disperses as the wind in the form of “Hypnagogic,” giving the listener time to collect themselves after the magnanimous introduction before the album once again picks up pace with the rejoicing “Sat by a Tree.” Then begins the quartered “Arp,” parts one through four. By the time the second part, “Float Away,” begins, one is assured of the fact that this locomotive, though still on its tracks, is now flying, despite it all. “Arp,” with its comet-esque keys, can give little sensation aside from the flight of swiftest wing. Part four, “Any Moment,” once again provides but a moment of calm before momentum returns.
The introductory strings of “Weeping Birch” coupled with the melodic wailing of the Sibyl lead into a masterful arrangement of violins and electronics, thus making for the most orchestral track of the album. The tree comes to a succinct conclusion, making way for the affable “Fell into the Ocean.” As the locomotive’s final station comes into view, “My Friend” comes about to instigate a grand conclusion “like a light in the dark.” Then, with a final synth note in “Bumble Bee Crown King,” the train at last comes to rest.

Dan Deacon’s Mystic Familiar is nothing less than a sterling masterwork of modern electronic composition; it is unique, eccentric, beautiful, and lively. It wields power in its artistry and Mr. Deacon himself wields power in his auteurism. This much he has made clear.