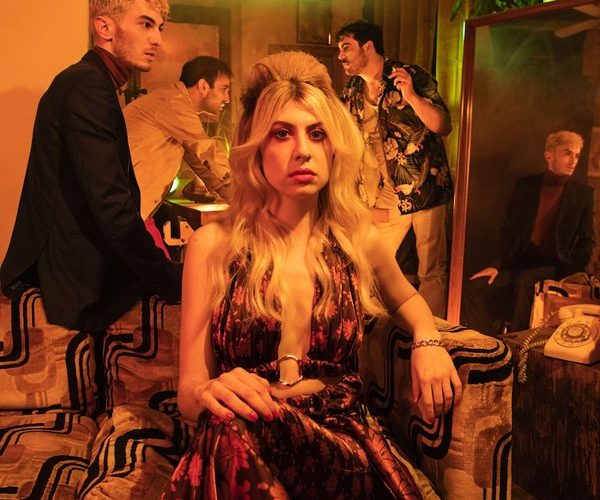 A Supermoon is an occasion that can be treated as a larger than life experience. It can symbolize the beginning of a new cycle. The EP Supermoon by Charly Bliss is more than just an EP, it is more of an epilogue to the last album Young Enough. Eva Hendricks the lead vocalist for Charly Bliss described the songs as songs they loved, but did not make the album. After listening you’ll be so happy that they decided to release them.

You can really feel the theme from Young Enough continued in this EP. By digging just a little bit deeper the listener can begin to uncover a true appreciation for Supermoon. It’s an Indie Rock EP at heart, but the lyrics and the backstory for each song tells the sad story of failed relationships and good intentions. The intro song “Feed” echoes the line ‘I would feed the whole world if I could’, and as you pound your head to the fast moving instruments you uncover the story of someone going mad by trying to make everyone happy. The music echoes this message too by going into more chaos and sounds as it progresses. In “Supermoon” Eva tells the story about missing the Supermoon because of a fight with her boyfriend, and in “Threat” she tells the story of her abusive relationship. The songwriting in this collection of songs is amazing and deserve to have their own time alloted to enjoying them.

Supermoon is an album you can dance to while letting the tears fall. The rocking guitar riffs, paired with bumping drum breaks, and the beautiful voice of Eva Hendricks come together in harmony for one of the best indie rock albums this year. Charly Bliss is a great group who deserves some of your time. Supermoon is sure to put you in “Heaven” just as the title of the third track suggests.
-Damario Walden