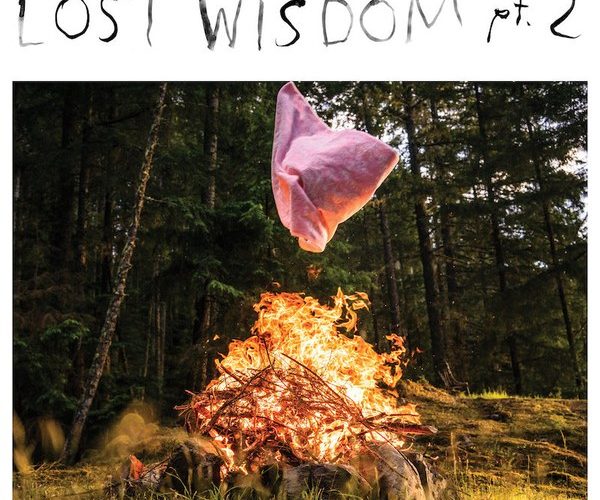 On Lost Wisdom, Pt. 2, Mount Eerie’s Phil Elverum and singer-songwriter Julie Doiron reunite eleven years after 2008’s Lost Wisdom to bring abstract thoughts marred by personal pains to life. As Elverum notes in song, this is the first album he has felt truly alone in his relationship status since his twenties, and in this mindset he attempts to raise his daughter on his own.

The first track “Belief” starts the album on an incredibly heavy note, featuring simple guitar accompaniment and two-part vocal harmonies between Elverum and Doiron. This track documents Elverum’s outlook following the death of his first wife, Geneviève Castrée, through his divorce with his second wife, Michelle Williams. Towards the end, Doiron recites a potent poem by Joanne Kyger to segue to Elverum’s hopes for the future in a direction riddled with melancholy.

The fourth track, “Love Without Possession”, was shared as the first single off the album and it’s incredibly clear to see why. This was by far my favorite track on the album, as it deals with the raw consequence of the unfortunate celebrity given to him as the “sad boy” of the industry following a close and personal death. The song’s simple acoustic arrangement lends itself to the incredibly loaded opening statement, “What would be the use in becoming a symbol of walking desolation?”. Elverum’s personal traumas and experiences cannot be summarized or categorized into a single genre or archetype of person, just like our own lives are more complex than adjective/noun/genre. This aside, Elverum describes a new sort of love he’s never felt, not necessarily for one particular person, but for the experience of life lived. This doesn’t come without nostalgia or hard realizations, as he states; “Even if I never get to see you again, I’ll know that when we collided, we both broke each other open”. While he’s recovered from his past, the human heart is never quite assembled the same way it was before a deep pain.         Mount Eerie’s Lost Wisdom, Pt. 2 is a patchwork of years of hurt, repair, and recovery. It features some of the most beautiful Mount Eerie lyricism to date, as well as haunting harmonies from Elverum and Doiron. This album brought me to tears, and I genuinely hope to see some good down the road for Elverum as he continues to grow and change with age.