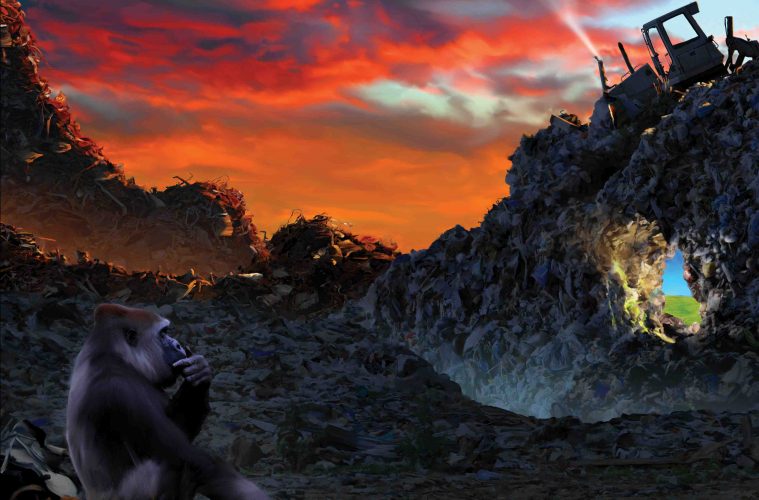 When True False begins, it’s normal to be somewhat confused. The plunderphonics style is not in step with genre titans like The Avalanches. It is not melodic and the samples emphasize the spoken-word above all else. The word choice in these samples jumps out immediately, with its tendency to fully lean into the absurd (“Limbo,” “One Bee At A Time”). The first half of the album is not ideologically clear on first listen but with “Fourth of July,” there is a major turning point. It becomes obvious that Negativland have engineered a sort anti-capitalist concept album. This album is impossible to talk about effectively without the mention of its politics. The album expresses a sort of inherent emptiness within the capitalist system. Negativland clearly view consumerism and corporatism as soulless and inhuman (“Cadillac,” “Melt The North Pole,” “Mounting The Puppy”). The absurdity is an intentional strategy to suggest that the structures that they are criticizing are devoid of substance and purpose. This same idea is reflected in the album cover. A gorilla is seen gazing over a wasteland pensively whilst petting a pug. The choice of a pug is important as well. Pugs are some of the most genetically manipulated dogs that there are, a process for which only humans can truly be found guilty. The wasteland is punctured by a small green pasture within a cave. In the inside of the CD case, the gorilla and the pug are walking into this green space. Negativland vocally believe that humans are causing the end of the world (“Destroying Anything”) and the album cover visually tells the story of the album. In the world of True False, humanity will kill itself with its own systems if they cannot change. All it will leave behind is that which it has bastardized, the pug, and another species, the gorilla, will be given a chance to start again. Negativland buys wholeheartedly into the idea that the natural way is a cycle of birth, death, and rebirth, “a loop which goes on forever” (“True False”).