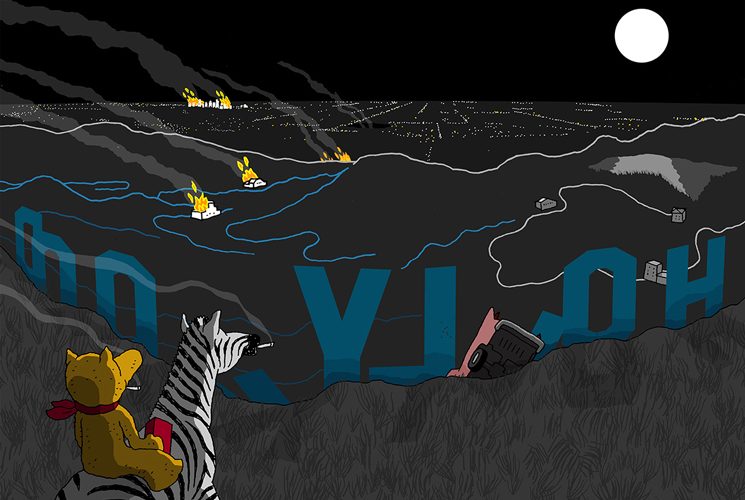 The latest collaboration between Freddie Gibbs and Madlib, Bandana, is a collection of smooth, jazzy beats under elastic, energetic performances from Gibbs and a few solid guest verses. Throughout the album, lyrically, Gibbs most concerned with the rap game and the drug game, which he frequently compares to literal games using several sports analogies, most prominently basketball. This is shown in a prolonged basketball metaphor on “Massage Seats” as well as in song titles like “Giannis.” Gibbs want the listener to think that he is at the top of all these games, claiming to be a top 5 living rapper. These may be the primary lyrical themes but he also goes into his own infidelity (“Practice”) as well as the political causes of gang violence (“Education”). The album also has several solid features: a very thematically topical feature from Pusha T on “Palmolive,” a very Anderson .Paak feature from Anderson .Paak on “Giannis,” as well as thoughtful performances from Black Thought and Yasiin Bey (formerly Mos Def) on “Education.”  Gibbs’ flows are diverse. He’s hard hitting on bangers like “Flat Tummy Tea” but melodic on “Freestyle Shit” and then relaxed on “Crime Pays.” Madlib’s production has some of his usual hallmarks, there are a lot of jazzy samples with chopped up vocals. There are some goofy interlude skits. Madlib and Gibbs have interesting interplay. Most of the beats are laid back, sometimes contrasting Gibbs’ flows in unusual ways. They do not sound like two styles that would necessarily mix. “Crime Pays” features a smooth beat with a relaxed ascending keyboard and an occasionally distorted vocal sample that is contrasted by Gibbs’ laid back but forceful flow. Madlib claims that he made all of the beats for this album on an iPad and on most tracks that is not particularly noticeable, although the rudimentary percussion on “Situations” does suggest it.   Madlib has not had some great departure from his style, it is toned down substantially from his Madvillainy days but it is still obviously Madlib, yet Gibbs’ more hard hitting rapping style does not sound out of place. The smoothness of the beats helps Gibbs’ lyrics to shine through and the contrast between vocals and beats are often pleasant. Bandana is a fun and well-executed exploration into the interesting interplay between two artists.