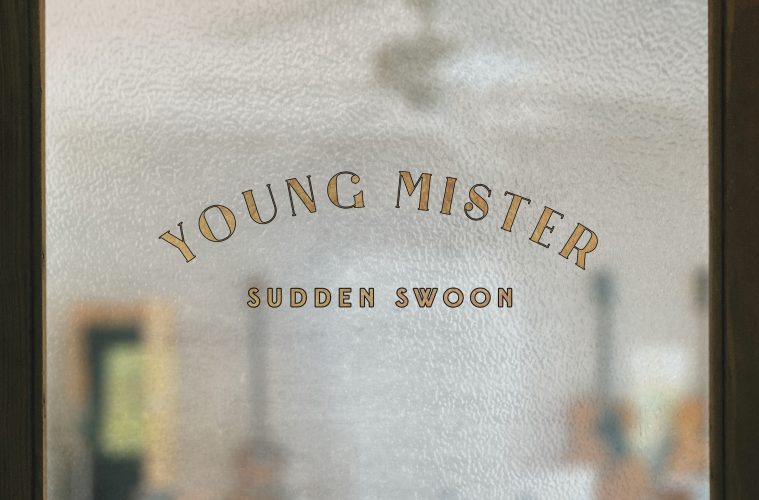 North Carolina’s Young Mister is one of the many impressive revitalizations to the warm folk/pop sounds that were once cherished in a simpler time. Singer/songwriter Steven Fiore debuts a reinvented sound of simplicity and sincerity with his sophomore release, Sudden Swoon. Across eleven songs, Fiore carefully stitches together a cohesive narrative of authenticity that is rewarding to listen to in succession.

The melodies in this record are folky, catchy, and accessible; the vocals are powerful and smooth, and the lyrics are genuine and always earnest. All of this combined creates a very welcoming and refreshing full-length folk-pop album to put on when the leaves are changing colors. There is not a better album to get you into the mood for the changing of seasons. As Fiore declares himself, this album sets a certain tone. (“I’ll build a fire as you draw the shades/I heard in town that it could snow for days.” – from the twangy love song “Better”) There are a few other highlight tracks on this release such as the bubbly and whimsical “Another Life” with a whistle-along melody and the reflective “What If I?” that questions life without his muse.

Sudden Swoon babbles with sincerity like a secluded, tucked away brook. Fiore lyrics read like a journal covering the human heart, describing the honest truths about life and love and paints a picture describing the connection between them. This album differs from others because it isn’t just a feel-good project for the sake of making nice music to listen to without any depth. One of the most admirable qualities is the ease to relate to what Fiore is singing about, and get the sense of having a guiding voice through common experiences of loss and love. In the last track, “Have a Great Summer” it almost feels as if Fiore is directly talking to you when he sings: “Why aren’t we friends?/We should totally hang/I wear Chucks, you wear Vans/We are basically the same”. By the end of the record, that doesn’t sound like too bad of an idea.