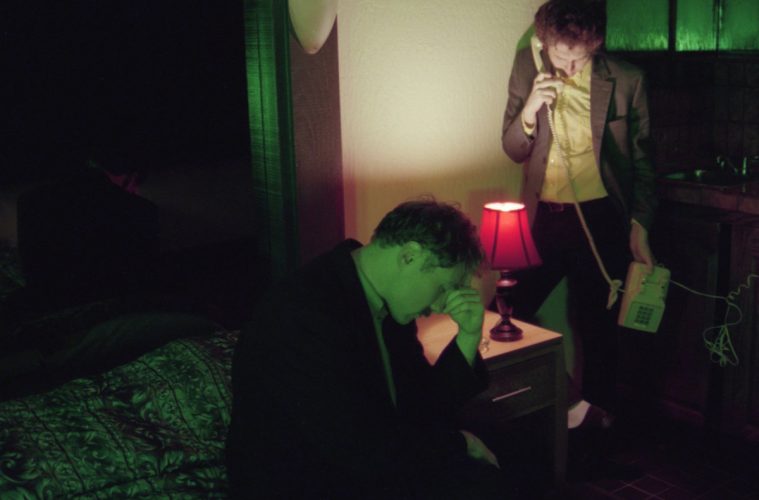 Heaven Surrounds You is the third full length LP by the Reno, Nevada based music duo, Nick Rattigan (lead vocals, drums) and Jacob Rubeck (guitars), taking the name Surf Curse, suitable for the floating feeling induced by their heavily instrumental tracks and general indie surf rock overtones. The record name, Heaven Surrounds You, lends itself to how the album truly does as it implies – swarming with angelic melodies and vocals, heart-rending imagery that comes both in the form of joyous vocal odes and grim, heartbroken themes. In spite of this, the record seems to come together in a comforting way that allows listening in accord with the recollection of similar events and moments of melancholy.

Heavy handed themes in tracks such as, “Opera” and “Jamie,” allude to the groups more formative punk and indie rock days lyrically, however, they, among other tracks, seem to have been simply refaced to conform to the chill surf rock vibes that the record presents. Others, like “Maps to the Stars”, “Trust” and “Disco,” are high-tempo and quick, encouraging listeners to clap and sway along; chock full of fast paced reverb-guitar strums and happy sounding vocals hiding some deeper themes.

Heaven Surrounds You demonstrates a clear mastery of “knowing your genre” and a true maturity as musical producers. It presents bright guitar and drum heavy tracks that are accompanied by lulling vocals, leaving a large space for listeners to move their hips and find the swinging melodies that lie uncovered within the tunes. Surf Curse remains consistent with how candid and unadulterated they are with the emotions track-by-track while simultaneously delivering some of the most instrumentally blissful musical compositions that they have created. The focus on instrumental depth in the production heavy tracks of Heaven Surrounds You has earmarks of a more idyllic or mellow version of some work done by The Killers (particularly their most recent work in Wonderful Wonderful), The Drums, Grouplove, and in most cases it lives in the post-punk and vulnerable indie rock realm that The Cure calls home.